Joshua Gordon is a photographer and the man behind fashion label FucknFilthy, hailing from Dublin, Ireland. Palladium boots caught up with the young creative in London as part of their Streets In Focus series.

The video is part of French heritage footwear brand Palladium’s series of films that guide us round some of the world’s major cities, whilst focusing on young hopeful photographers as they tell us about their work. This video sees Joshua explain exactly what he is about whilst venturing across the streets of East London, taking snaps, meeting with streetwear label Y’oh, shooting hip hop group Piff Gang, and getting tattooed on Brick Lane. All of this occurs whilst he dons a pair of the new Palladium boots.

For the past couple of years Joshua has been showcasing his creative efforts through the running of his blog & clothing line FucknFilthy. The brand will soon be relocating over the waters of the Irish Sea to Manchester and we can expect a new collection ready for the summer months. Check the video below, read the full feature over at Palladium and check out Joshua Gordon’s work over at FucknFilthy. 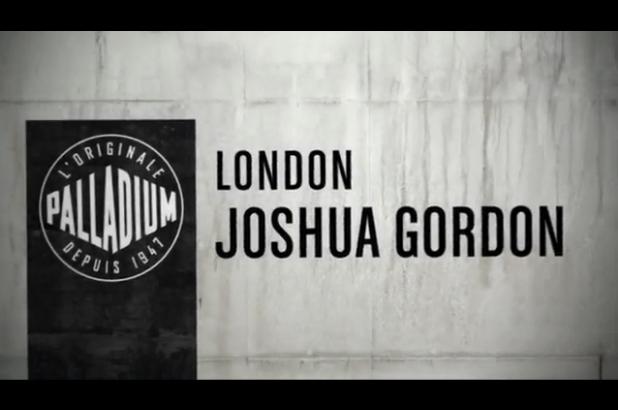