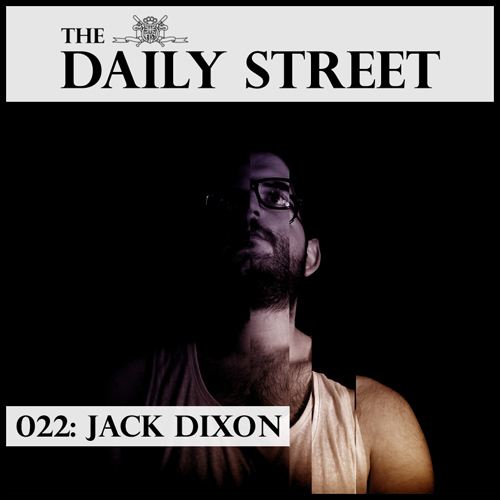 Those well informed will know that Jack Dixon has been bubbling under the radar for the last couple of years. With releases on the likes of TAKE, Formant, ManMakeMusic and Silverback, it’s a pleasure to welcome him to our mixtape series.

With his debut release on R&S sublabel Apollo due to hit stores next month, we couldn’t think of a better time to get Jack on board. For those who are unfamiliar with the name Jack Dixon, his sound takes influence from the swing of 2-Step and down-tempo Dubstep, bringing it into the realms of House. Warped R&B infused vocals often feature in his music, adding a haunting element over the top of shuffling patterns. It’s a sound that always goes down well, that’s for sure, and I strongly advise you check out his back catalogue if you aren’t familiar.

As for this mix, it is approaching seamless, which is no surprise if you know how much of a perfectionist Jack likes to be. This is in fact the second mix he submitted for this slot (not that anything was wrong with the first). This probably comes from his day job as an art Director for a large fashion brand, and it pays off nicely. The mix warms up beautifully, unravelling into a bass heavy roller of a mix that jumps from House to Techno to Acid, while keeping plenty of those atmospherics that are often found in Jack’s own music. Watch out for the Samu.l remix of Burial … that one is dangerous.

022: Jack Dixon by The Daily Street on Mixcloud