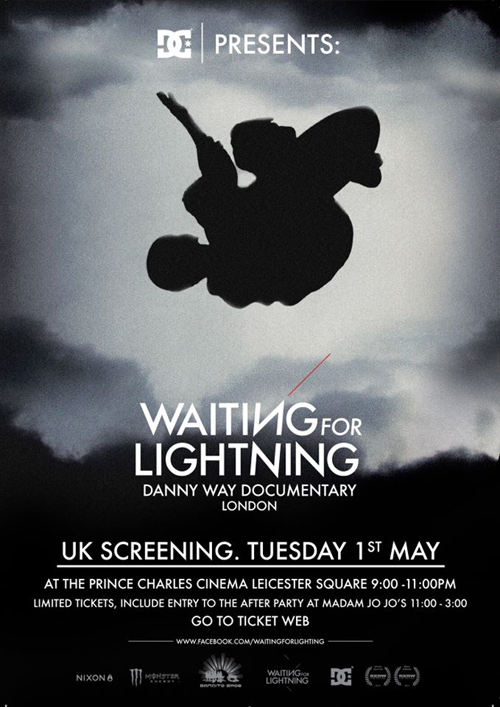 Waiting for Lightning documents the career of skateboarding legend Danny Way, the man responsible for some of the most impressive feats (and biggest bails) in skateboarding history, including an epic leap over the Great Wall of China. The film also features testimonials from some of Way’s fellow athletes, each legends in their own right, including Tony Hawk, Matt Hoffman, and Travis Pastrana.

Those who weren’t quick enough to bag some of the limited number of tickets on sale last week might still be in with a chance of grabbing some through the DC Shoes UK facebook page. For now, check out the trailer below, and head to Waiting for Lightning, where you can sign up for information on the film’s general release.