Warning: "continue" targeting switch is equivalent to "break". Did you mean to use "continue 2"? in /nfs/c08/h04/mnt/122689/domains/thedailystreet.co.uk/html/wp-content/plugins/wp-author-box-pro/includes/ReduxFramework/ReduxCore/extensions/customizer/extension_customizer.php on line 442
 Introducing: You're Not Human 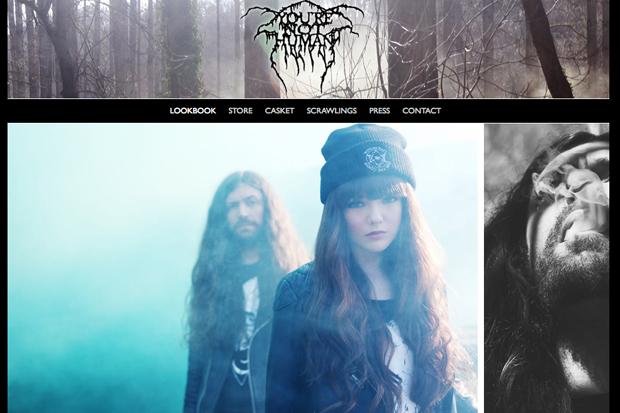 This week saw the launch of new webstore You’re Not Human, still firmly rooted in skate and streetwear, but from a unique and interesting angle. You’re Not Human focuses on the darker side of apparel and accessories, with more than a little nod to doom, black metal, and the occult. We spoke to founder Sofi to get a better understanding of what it’s all about…

Tell us a bit about the concept behind You’re Not Human?

YNH is a mix of skate, streetwear & music related brands from the darker side of life… A new home for them all to hang out together. I didn’t want to create a huge online superstore, more of a boutique that’s visually a little bit different. It’s really important to me that all products and brands sit perfectly next to each other, and that they get equally showcased, hence the small line up of brands.

Where does the name come from?

It’s a lyric from ‘Vanity Fair’ by Mr Bungle (my heroes). It’s also the name of my tumblr which came way before the store, the 2 just happened to end up intertwined.

What first inspired you to start the store?

My work, my friends, music, photography… Loads of stuff. I love having projects to work on. YNH is a bit like a playground for me to be creative in. I’ve only been working on this for a little bit, and already I’ve had the pleasure of connecting and working with some awesome people. Also, there isn’t currently a UK store with this brand line up, and a couple of things such as ScumFuck and the Creature x Peter Beste collab clothing are exclusive to us in the UK.

How long did the whole thing take, from the initial idea to the final launch?

Plotting started around 7 months ago, but I think we only started building the site about 4 months ago. The good people at All That Good Stuff worked with me on YNH. They put up with me being a meticulous fucker, and created me a store I’m really pleased with. I’d recommend them… Plug, plug!

Can you tell us about a few of the brands on board so far?

Who else was involved in the visual side of the site – the lookbook, branding, that sort of thing?

Straight away I knew I wanted to work with artist and friend, French. His work definitely inspired parts of the site, and we’re carrying his brand Witchcraft, so it made sense for him to be involved. Plus, I knew he’d get the vibe of the site and come up with something well suited with little direction. He designed the Darkthrone inspired logo and illustrated the trees on the front page.

The lookbook was shot by Rebecca Naen who I met whilst doing styling work for FRONT Magazine. She’s a breeze to work with and captured my vision perfectly. I must say a big thanks to Hannah May & George from Gonga for lending their long locks and legs for the shoot.

At the moment ‘He Whom Shadows Move Towards’ by Leviathan. This one came by recommendation from a good friend and I played it on repeat for days and days when I first heard it. I’ve slowed down on the repeat button, but I’m still playing it a fair bit. The whole album is really good, ‘The Tenth Sublevel of Suicide’.

Norway. Please will someone take me to see the Northern Lights? We met a Norwegian couple at the weekend who had plenty of interesting stories to tell us about Norway. It’s fascinating how big Metal is over there, and also how much people that don’t even listen to Metal actually know about it. They recommended we get saving if we wanna go, cause apparently it’s super expensive. Anyway…

Varg! Yep, I’m going for Varg on both bits. I have an obsession with this bloke. I know that’s probably a bit wrong, but he fascinates me. Have you seen this? Crazy!

Thanks to Sofi for taking the time out to chat to us, and congratulations to her and everyone involved in the launch of the new site. You can check out all the product for yourself now at You’re Not Human (including the excellent Peter Beste for Creature photo tees) and view the lookbook below. 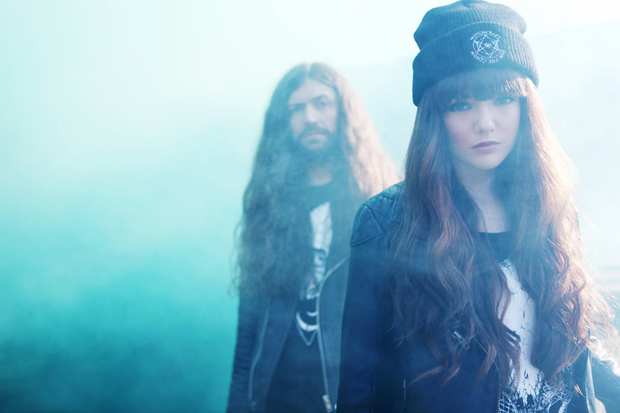 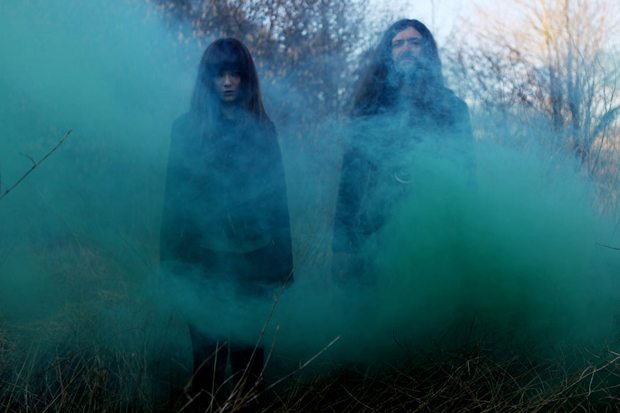 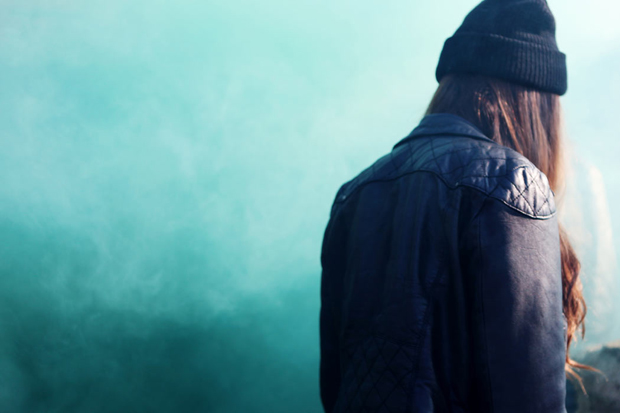 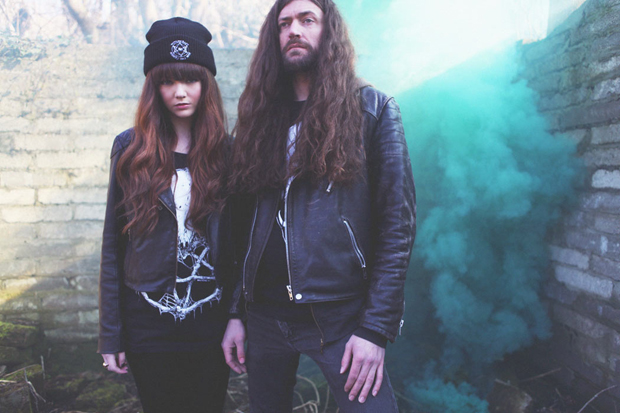 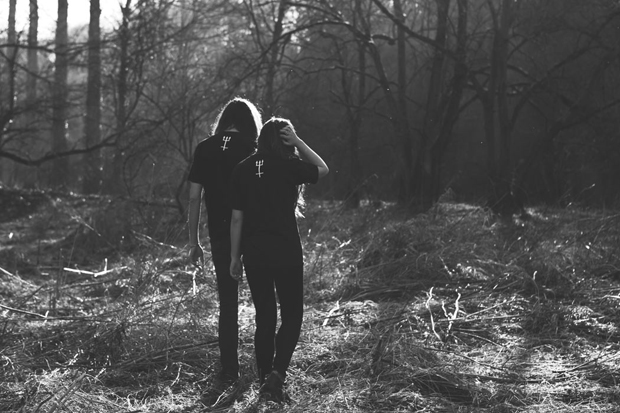 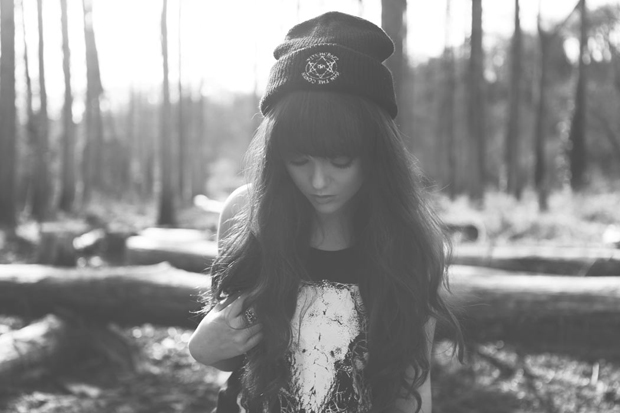 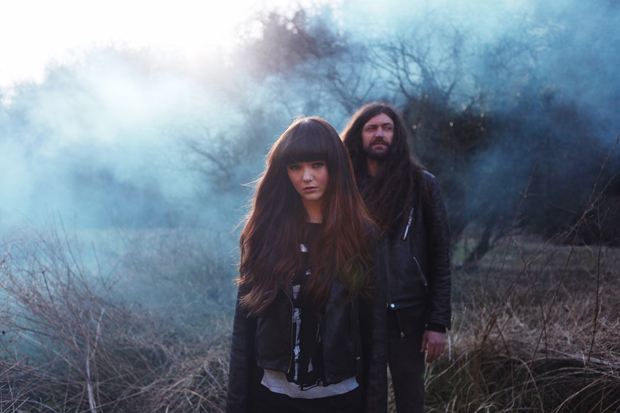 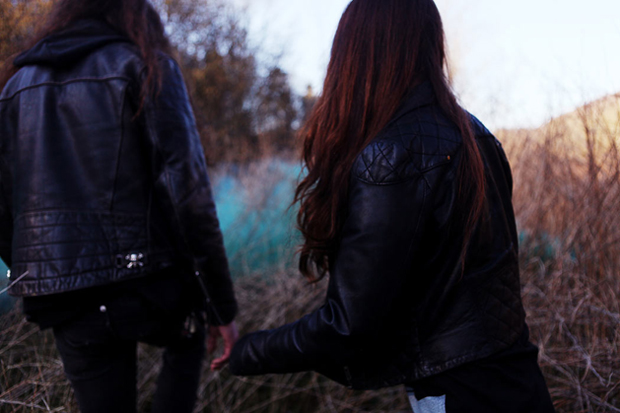