Warning: "continue" targeting switch is equivalent to "break". Did you mean to use "continue 2"? in /nfs/c08/h04/mnt/122689/domains/thedailystreet.co.uk/html/wp-content/plugins/wp-author-box-pro/includes/ReduxFramework/ReduxCore/extensions/customizer/extension_customizer.php on line 442
 Wood Wood 10 Year Anniversary T-Shirts (Pack 01) 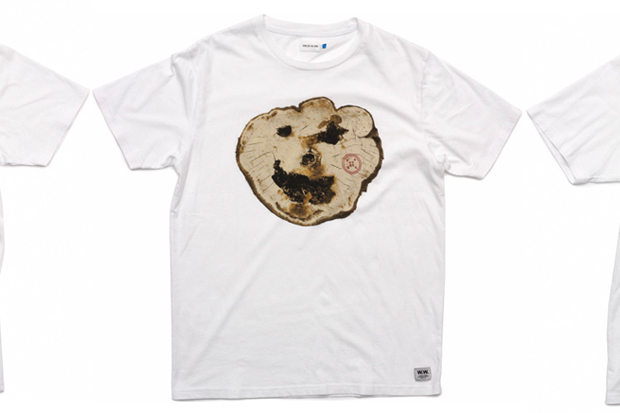 Celebrating ten years of existence, Wood Wood have collaborated with ten different artists to create an anniversary T-shirt pack. The artists themselves cover an array of contemporary art styles, from photography to graffiti and screen prints. The initial pack consists of five T-shirts, each featuring the work of a different artist. 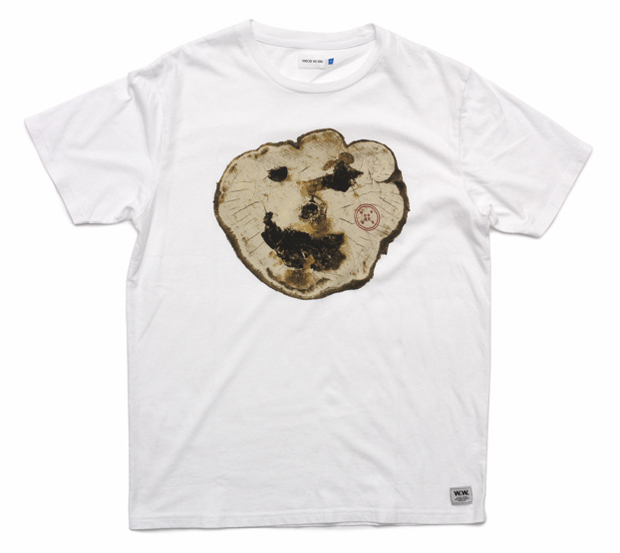 First up is Stockholm based Anders Jander, aka Museum Studio, who provides one of his graphics resembling a smiling block of wood (above). Alongside his graphic design work, which has seen him collaborate with Wood Wood previously, Jander also publishes his own zine, Museum Paper – a platform for invited artists, photographers, and other creatives to showcase their work. 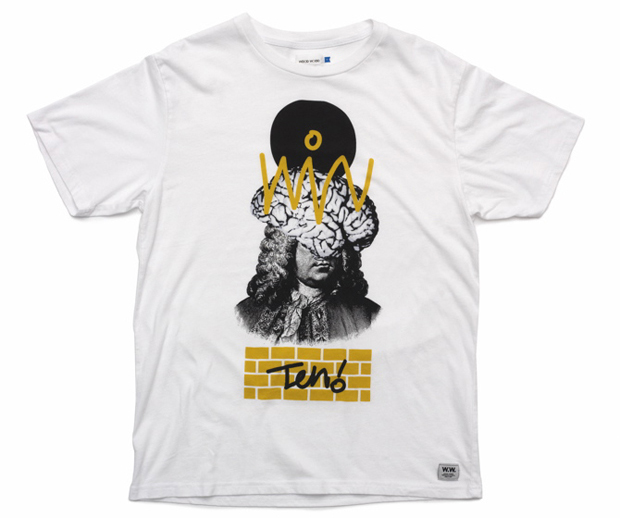 Misha Hollenbach (of Perks and Mini) is another of the brand’s previous collaborators and has provided my favorite T-shirt of the pack. His design is a typical example of what he is known for – a collage of images and objects that may hold no meaning by themselves, but are provided new connotations through the associations drawn from their configuration. The over all quirkiness and use of gold ink makes this a winner for me, ‘though I’m not sure I can grasp any meaning from this one. 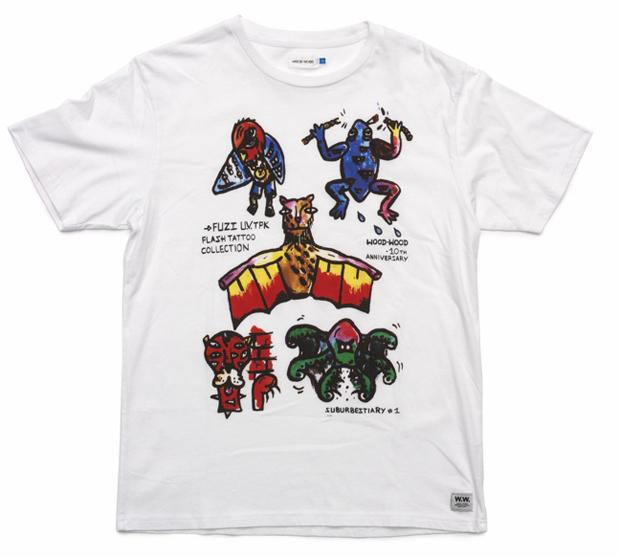 FUZI UV TPK, is a veteran graffiti writer, known for dominating trains and subways across Europe from the 90’s to mid 00’s, with his humorous approach and ‘ignorant’ style only helping to build his reputation. As Graffiti faded out for him, FUZI UV TPK moved to tattooing, traveling to different studios across Europe, including our own Shangri-La Tattoo parlor on Kingsland Road, London, recently. 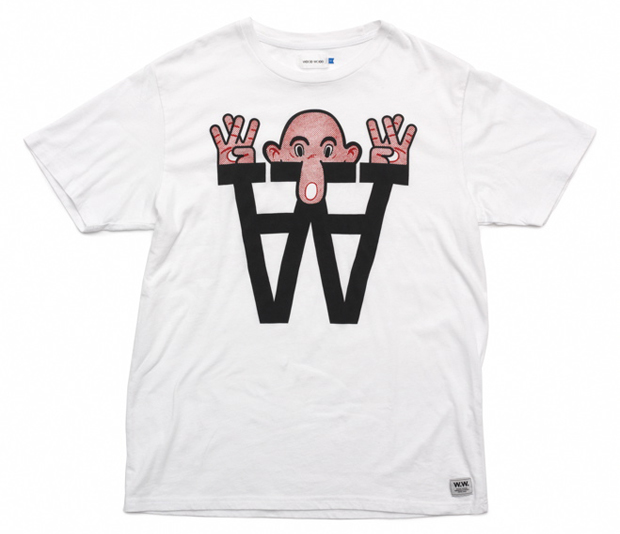 Eric Elms is a big man in the game, ans has provided some of the most important and influential art inspiration for streetwear brands today, designing T-shirt graphics for Supreme, Obey, aNYthing, and Stussy, amongst others. Elms is the only designer to utilise one of Wood Wood’s previous designs, putting his on twist on it to create the bad ass design above, based on the brand’s ‘W’ logo. 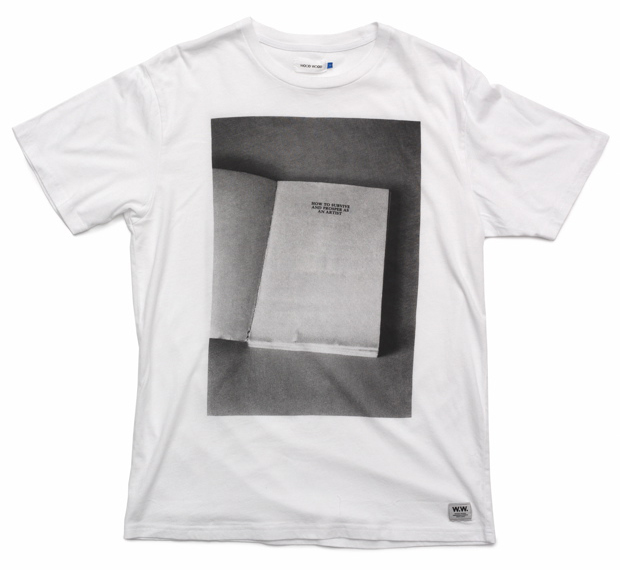 The only T-shirt printed with a photograph was fabricated by French artists Aurelien Arbet and Jeremie Egry. The two have worked collaboratively since 1999, founding their own publishing company, Je Suis une Bande de Jeunes, supporting and publishing contemporary photography. This front-and-back print piece lacks imagination for me – I can imagine a creative process was attributed towards it, but it definitely doesn’t stand out amongst the rest.

Repeated collaborations like this that are putting brands like Wood Wood firmly on the map. All five are expected to drop at select retailers early next month, including Hanon.