Warning: "continue" targeting switch is equivalent to "break". Did you mean to use "continue 2"? in /nfs/c08/h04/mnt/122689/domains/thedailystreet.co.uk/html/wp-content/plugins/wp-author-box-pro/includes/ReduxFramework/ReduxCore/extensions/customizer/extension_customizer.php on line 442
 Listen: Distal – Civilization [Tectonic] 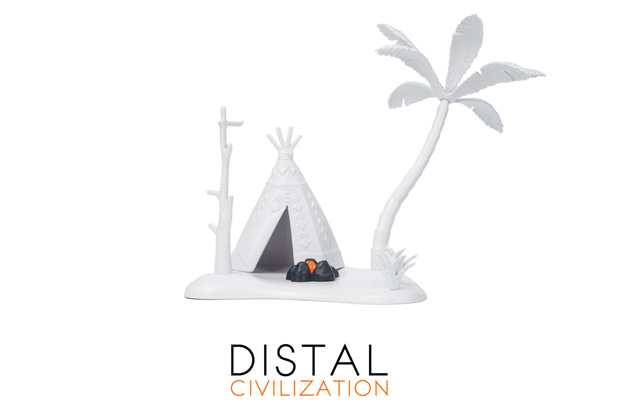 After impressive releases on the likes of Grizzly, Fortified Audio and his own imprint Embassy Recordings, we see Atlanta native Distal release an album on UK label Tectonic.

In terms of electronic music, there’s no doubt that our shores are a hotbed for talented DJ’s and producers, they are the framework of our rich and flourishing underground scene. That being said, a noticeable chunk of our scene has adopted styles and genres that have migrated here from North American territories – House, Hip-Hop, Footwork, Miami Bass, the list goes on. The UK regularly mutates and fuses these styles into our current sound of underground music and although for the time being we seem to do it well, now and again fresh talent from the US steps up and proves that they’ve still got it and can make this hybrid music well. Michael Rathbun of Atlanta, Georgia, aka Distal, is one of these artists.

Proving his worth over the last year or so, Distal’s presence in electronic music has stood out, gaining him recognition from UK label Tectonic, on which he releases his new album ‘Civilization’. This release sees Distal mostly take it down a notch from his fast paced club style, leaving space to add some of that authentic swagger that exudes from North American ghetto bass music. The range of differing drum rhythms is impressive throughout the release and “Rattlesnake” is a track that stands out to me, with it’s pounding crunk-break drum beat and a squarelead synth-bassline somewhat similar to a Jon E Cash sub-low Grime beat circa ’04. The rest of the album boasts an array of moods from up beat footwork tracks like ‘Drop Like This’ and ‘Boca Ratwan’ to complex, mystical sample arrangements like ‘Temple People’.

Each track on Civilization stands out in its own way, which is a great thing, but for me sometimes leaves the release feeling slightly fractured as an album. As a release for Tectonic, I see it as a great dynamic that can be added to the existing impressive back catalogue. Civilization is a collection of tracks that have left me more than impressed and wanting to keep on rotation for a good while.

Preview the album below, and if you like it head over to the Tectonic Store where you can find the album on 2 x 12″ or CD Digipack.