Warning: "continue" targeting switch is equivalent to "break". Did you mean to use "continue 2"? in /nfs/c08/h04/mnt/122689/domains/thedailystreet.co.uk/html/wp-content/plugins/wp-author-box-pro/includes/ReduxFramework/ReduxCore/extensions/customizer/extension_customizer.php on line 442
 Nike Air Yeezy II (UK Release Info) 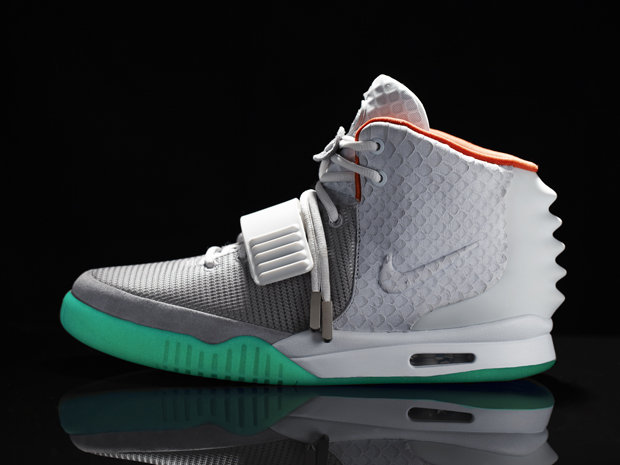 It’s been bubbling under the surface for months, causing an obscene amount of hype, but now we can finally inform you on the UK release of the Nike Are Yeezy II.

Almost all of you will have seen images of this shoe by now. You may have even found yourself in a heated debate with fellow sneaker lovers as to wether it deserves the hype, or if you even like it. The Air Yeezy series seems to be forever destined to cause a stur in the sneaker scene, and the Yeezy II hasn’t let down it’s older sibling the Air Yeezy on that matter.

At first glance, the Yeezy II doesn’t differ too much from the original, but the more you look at it, the more you notice it’s a completely different shoe, which is testament to the design; holding on to the overall style of the Air Yeezy, but moving it forward. It seems like this Yeezy is much more focused on performance sports than it’s predecesor, including a Vac-Tech Swoosh, Torch tongue and ballistic nylon. As well as sports materials, the Yeezy II draws a lot of inspiration from Kanye’s time in high fashion, bringing animal prints and ancient Egyptian references into the design. The quarter panels are made from hand skived anaconda textured leather (mirrored on the eyelets and leather lace toggle), while the heel boasts moulded reptilian inspired spikes.

Hidden under the strap are hyroglyphics that spell out ‘YZY’. Keeping this theme, the screw-on lace aglets are obelisk shaped and the Yeezy logo on the tongue features the head of Egyptian god Ra, aka the god of all god’s. A nice modest reference from Kanye, as expected. Another piece of ‘modesty’ comes in the design, where the shoe has been tailored to Kanye’s foot. Tailoring the overall shape is a key feature of the Yeezy II, with all excess padding from the original design being stripped away and the colar has been lowered also, making for a more slimline silhouette.

The silhouette is inspired by the Nike Air Tech Challenge II outsole, as well as other Nike cross training silhouettes of the past. Of course, the Yeezy II features the infamous glow-in-the-dark sole from the original Air Yeezy. A huge selling point for most people.

It’s well known that the Yeezy range is the best of the best from Nike. A no-expenses-spared approach to sneakers. Although I wouldn’t wear these myself, I’m a huge fan, mainly for their well executed references to ancient Egypt and their ability to cross the sneaker world with high end fashion. These are a great example of contemporary design in the sneaker industry, and should silence any of the doubters out there when it comes to Kanye’s ability as a designer.

Dropping on June 9th in both this Platinum colourway and a Black version, you can find these at Hanon, End Clothing, Footpatrol and Nike 1948 (no size? or NikeTown this time) in very limited quantites. Although they are priced at £210 a pop, much higher than the original Air Yeezy, don’t expect to get your hands on these without queueing.

Want to see how they were designed? Take a look at the original design sketches. 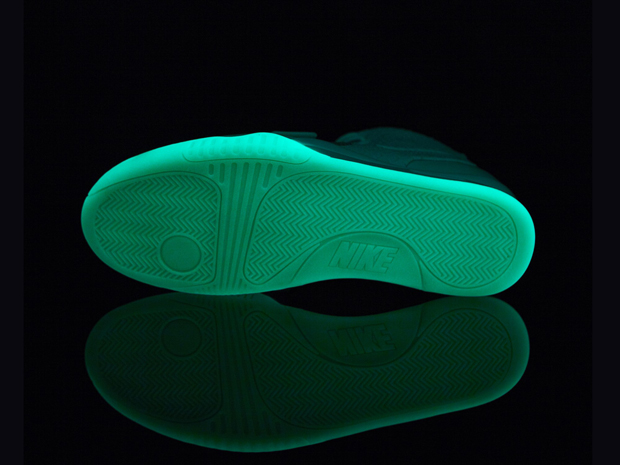 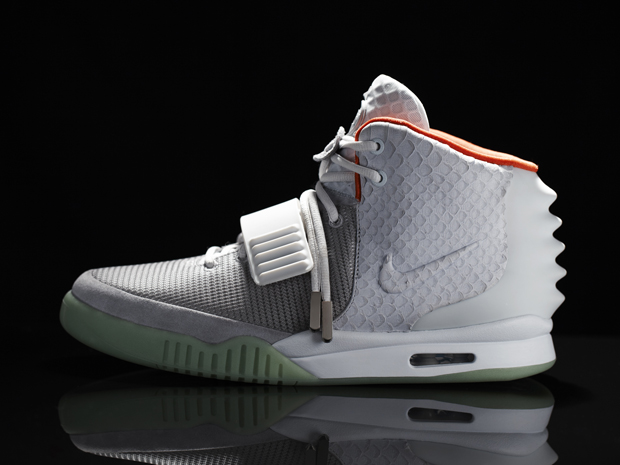 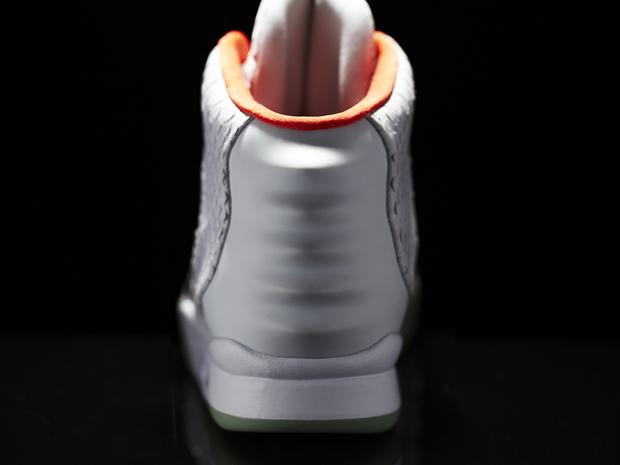 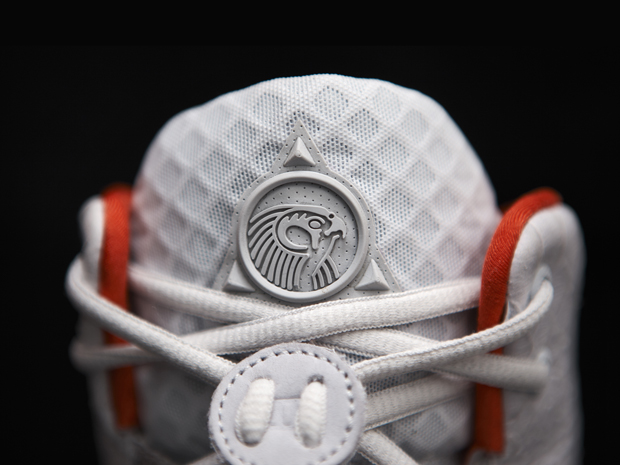 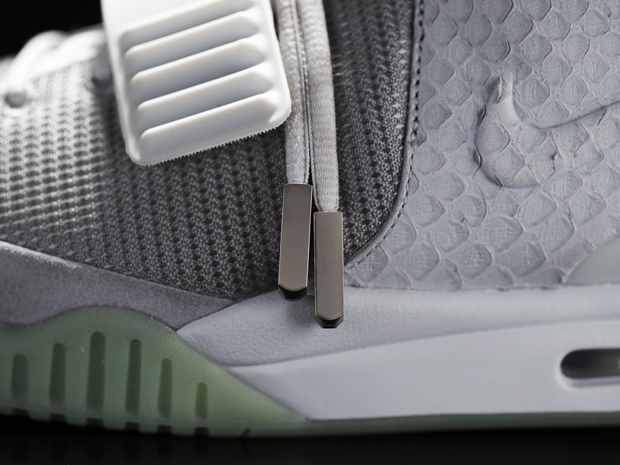 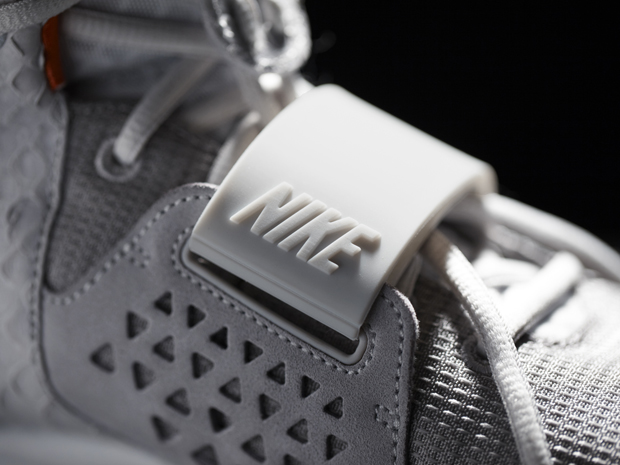 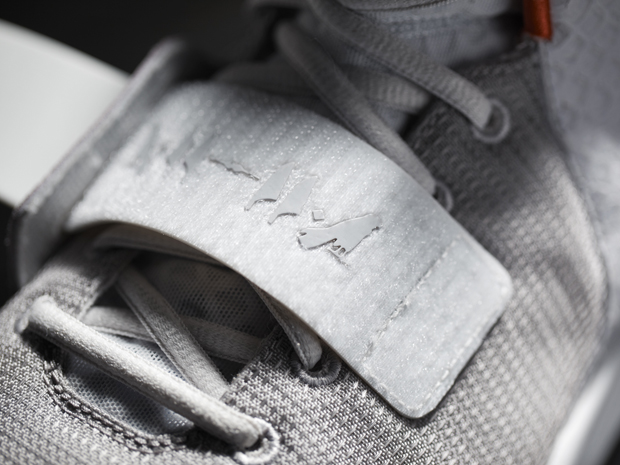