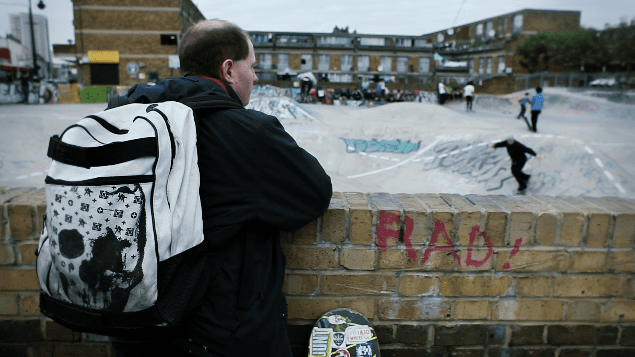 New director William Robson-Scott presents this endearing short documentary about Graeme, a man with a strong passion and obsession for skateboarding, fuelled by his Aspergers condition.

Graeme, a regular on the UK skate scene for the last 25 years is seen as an obsessed and eccentric skateboarder, both said to be fuelled by his condition. This short film is an interesting insight into not only skateboarding, but also Aspergers itself. Graeme is a heart warming character and his love for skateboarding is undeniable. The skateboard history and product knowledge he drops in this film is incredible and the way he opens up and talks honestly on life and skateboarding is admirable. For me this is a must watch.

The film is shot and directed by William Robson-Scott, a london photographer and film maker who bases his work on people living on the fringes of society, giving a detailed and honest look into the lives of people otherwise gone unnoticed. William’s work is well worth checking out, as is the short film below, enjoy.