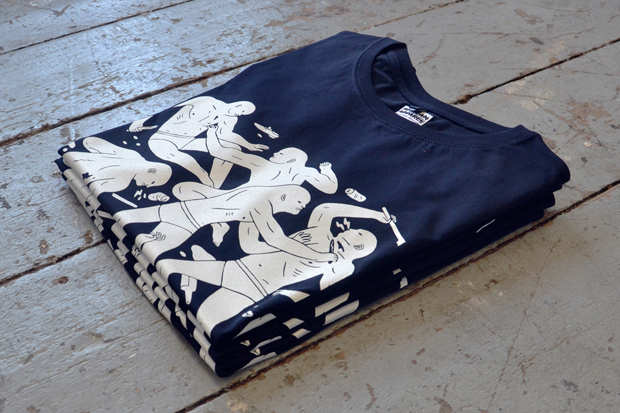 African Apparel draft in the skills of LA artist Cleon Peterson for their latest t-shirt drop.

An established artist based in the LA scene, Cleon Peterson is known for pooring personal experience and emotion into his artwork and creating scenes of fighting monochrome figures. He has previously been described as “angry at his mother” by a psychiatrist who bought a piece of his work, which Cleon found rather entertaining.

This small drop from African Apparel sees two colour variations featuring one piece of Peterson’s artwork and it works incredibly well printed onto a tee, which can’t be said for all art. A step in a slightly different direction for African Apparel, yet it still manages to hold that sense of humour that the brand are known for.

The addition of a cotton brand tab on the bottom of the t-shirt is nice, but a little unoriginal in the current streetwear climate. It’s time that brands moved away from this once staple piece of Norse Projects branding. Both colour schemes are simple and effective and most importantly refreshing.

Head over to African Apparel where you can get your hands on one of these now for £25. 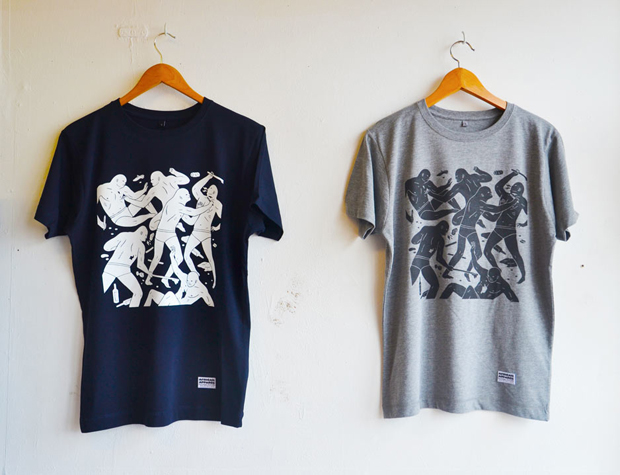 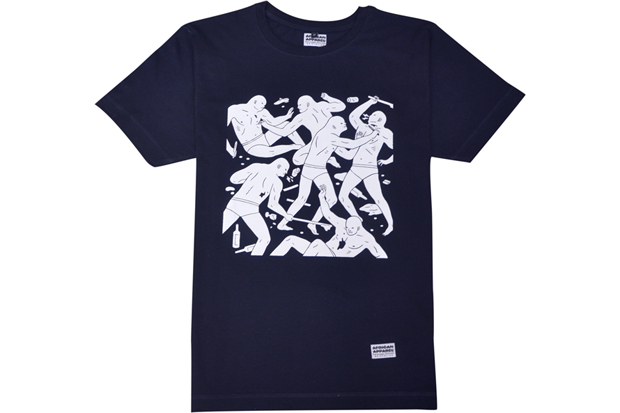 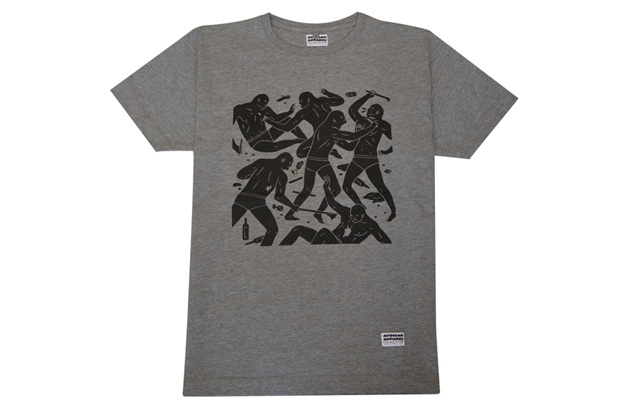