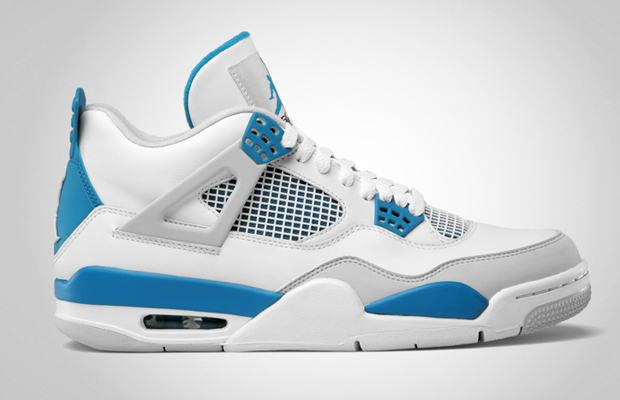 2012 has definitely been up there as one of the best years for Air Jordan Retro’s. We’ve seen some much sort after holy grails being reissued, with the likes of the Chicago, Stealth and Old Royal X’s, White/Red XIV’s, Playoff XII’s and even some Low XI’s being reissued. Although those were much sought after models, it’s safe to say that no other AJ retro had more impact than the Cement IV’s. Next up following that Cement IV retro, is the reissue of another fan favourite, the Military Blue IV’s.

It’s been 6 years since we last saw the Military Blue’s. It’s not exactly been quiet on the retro front, but there are just certain models in the Air Jordan line that are being called for every time the new year rolls around, and the IV is on that list every time. It has been 23 years since the original release of the IV, which is a significant number indeed, and maybe the reason why the IV is getting a lot of retro attention this year. With the Cement’s already gone, and the much anticipated ‘Bred’ IV’s later this year, it would of been a shame to not of seen the Military Blue’s get a retro, it’s one of the best non-Bulls colourways out there.

The unmistakable full leather upper and classic characteristics such as the mesh, Flight Jumpman logo, and exposed ankle support system will no doubt leave many Air Jordan fans satisfied. The IV seems to work so well with simple colour execution and this shoe is no exception. The predominately white upper is accented with hits of military blue in all the right spots and combined with a few subtle hints of off-white, balancing things out. It’s good to see these back after such a long wait and with the other IV releases this year, these should keep Air Jordan fanatics satisfied for a while.

Look for the Air Jordan IV ‘Military Blue’ dropping over at Crooked Tongues and Foot Patrol on 9th June. 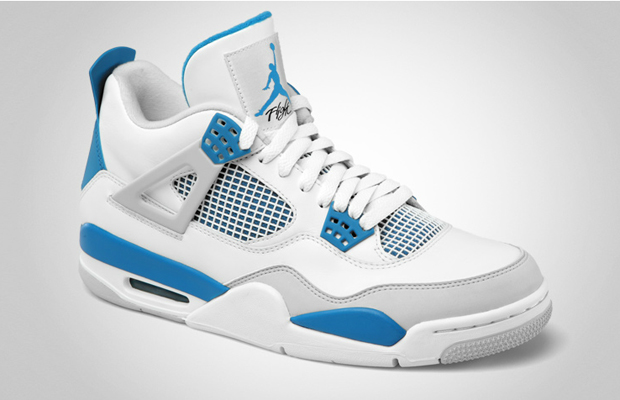 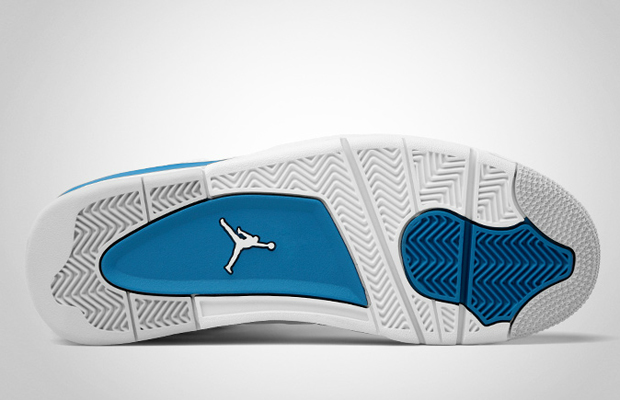