The Nike Kukini is one of the crazier running shoes from their archive and it works well sat on a Free 5.0 sole.

Another lesser known 90s runner, the Kukini was a peculiar shoe that had spaceman tendencies in its original air bubble including form. Joining the ranks of Free sole hybrids hitting the shelves recently, the Kukini Free definitely removes some of the original character of the Kukini, but I think that would be a positive for some people, creating a calmer version of the shoe. One major advantage to the Free version of the Kukini is it’s slimmer profile. The Kukini was a little bulky around the toe box for me.

The Free 5.0 sole definitely works on this one and although a lot of heads may feel that it should have been brought back on it’s original sole unit, the Kukini upper and general aesthetic does work as a Free shoe. It’s not trying to be a re-issue. This is a brilliant love/hate shoe and for me it’s a lot of love for the Kukini and it’s plastic webbing. It falls into the ranks of the Presto and the Presto Cage in it’s strange futuristic style. This Vivid Orange colourway is a good choice for the Summer months, especially contrasted against that crisp white outsole.

The Nike Kukini Free “Vivid Orange” is available now from oki-ni for £90. 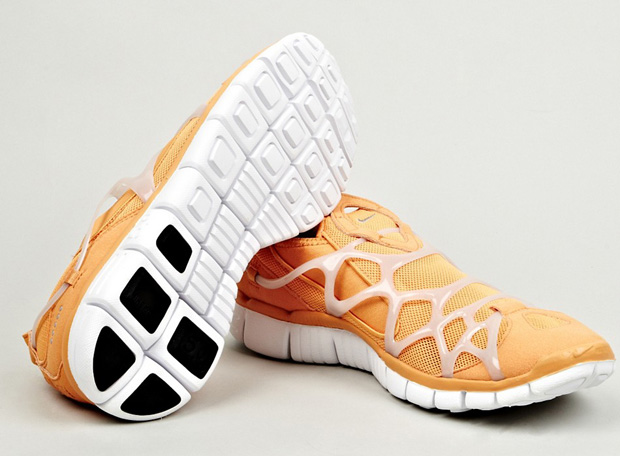 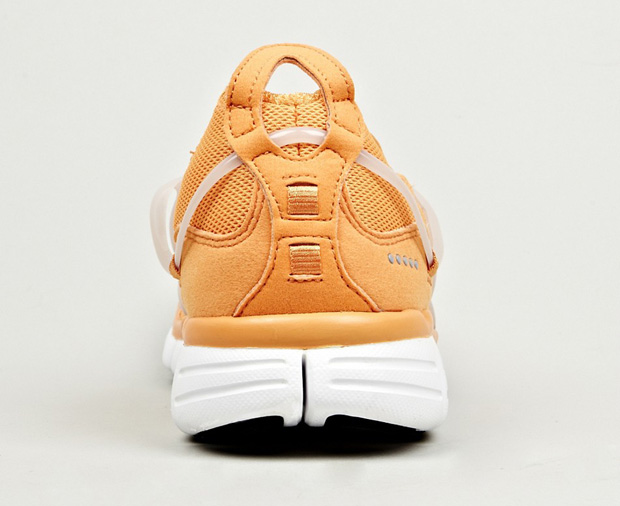 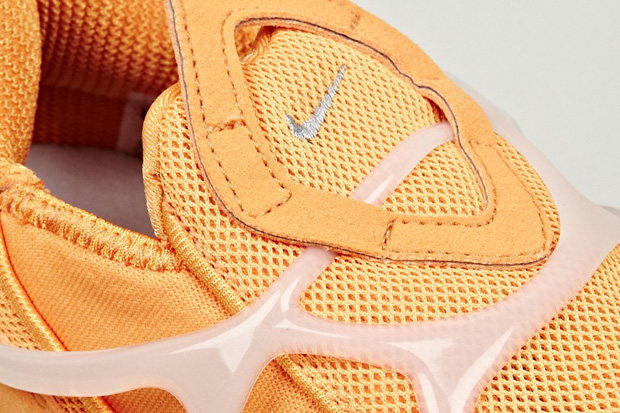 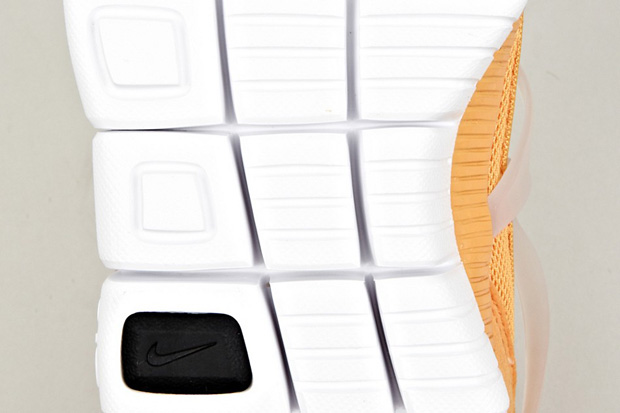