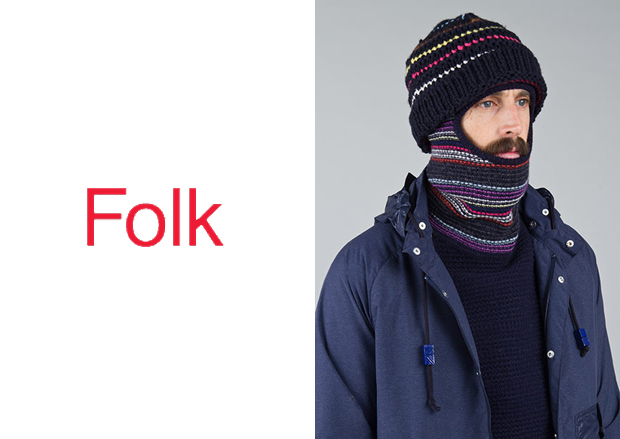 Folk have released the lookbook for their impending Autumn/Winter 2012 collection, and it doesn’t disappoint.

Filled with the trademark quirkiness of Folk, some of the photos in this lookbook look as though the model didn’t know that they were shooting yet … and it’s refreshing. Other than that feature, the lookbook is a rather minimal affair in regards to art direction. What adds the important strength to the lookbook is the clothing and the styling. Folk make nice clothes, we all know that, but it’s great to see their more relaxed pieces being styled like a very clean, stylish homeless person. It’s a look that I could quite happily find myself in. Contrasted against their smarter items, the lookbook offers something for almost everyone and plenty of Folk character.

As for the clothing itself, this collection sees Folk play with some of their favourite colours (mainly navy) as well as letting that hot pink from a few seasons ago have a more prominent feature. The hot pink trousers are crazy, but in the good sense, and beg the question “why should all the bright stuff be saved for Summer?”. Another key feature is the use of loose knitwear, especially in the accessories department.

This lookbook holds some great styling tips as well as some incredible garments, just like a good lookbook should.

Expect to see the collection in-store and online from Folk shortly.