Warning: "continue" targeting switch is equivalent to "break". Did you mean to use "continue 2"? in /nfs/c08/h04/mnt/122689/domains/thedailystreet.co.uk/html/wp-content/plugins/wp-author-box-pro/includes/ReduxFramework/ReduxCore/extensions/customizer/extension_customizer.php on line 442
 Interview: Scratcha DVA for FlyKnit Collective 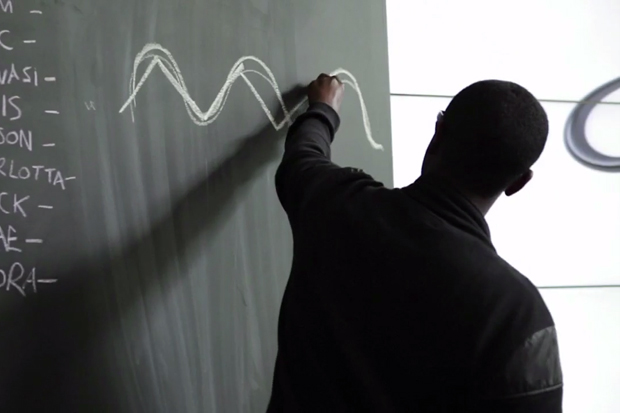 As part of the second section of Nike’s FlyKnit Collective, they asked Scratcha DVA to create a soundtrack for their 30 minute visual on ‘lightness’. We spoke to the man himself about the process and how he went about it.

The Nike FlyKnit Collective have been meeting regularly at Nike’s 1948 space in East London to approach the key themes behind FlyKnit itself and translate them into East London life (you may remember our recap of the ‘sustainability’ theme). One of these themes is ‘lightness’ and once the collective had captured all of the footage for a 30 minute visual with director Grace Ladoja, they found themselves running around East London with Run Dem Crew boss Charlie Dark recording sounds for Scratcha DVA. Scratcha had given the collective a talk in the morning explaining what he was after and how they should achieve it (in detail), but was blind as to what he would get handed back from the collective.

Anyone that produces electronic music will be aware that these soundscape elements can be very important in the songwriting process and so it was interesting to see the control removed from Scratch in regards to sourcing the samples. The second challenge came in the length of the piece that Nike asked Scratcha to produce; a 30 minute soundtrack. While talking to Scratcha it became clear that this was all new territory for him and at times slightly daunting, but that was in fact what largely attracted him to the project in the first place … 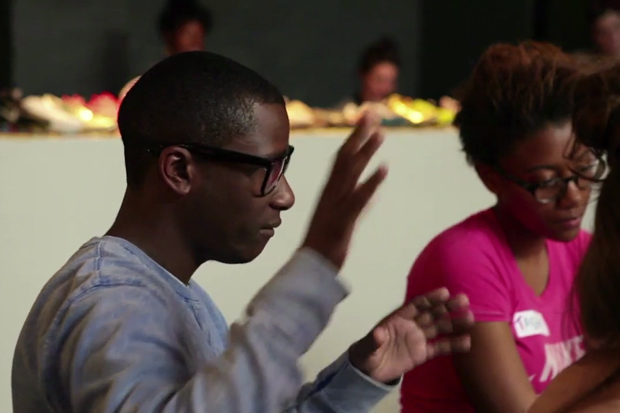 What is you involvement with the FlyKnit Collective?

My involvement is to make the sound for the final visual that they’re gonna be using. They’ve got to get a minute each (visual) to put together a 30 minute piece and I’m gonna make the sound for that. Well, I already have made the sound, but today is about them going out and adding sounds from around London, to get the sound of London involved in it. The street, birds, trees, car exhausts, helicopters, whatever, and then I’m gonna take all of that and piece it together to make the full soundtrack.

You’ve had to produce a 30 minute piece of music. Is that something you’ve done before?

Do you know what, I was like “Man, I’m not looking forward to this!” because I don’t really make that much tunes. When I had to make my album it took me quite a while, so I was like “How am I going to make 30 minutes? I can’t even make 3 minutes right now, I’m just not in the mood”. They told me to just think of the sound of London, to think of lightness, so I had a look at some bits I’d done before, took some bits from there and it just kind of come together. Now I sit back and listen to it and I’m like “You know what, this sounds alright! Sounds pretty cool”.

It’s quite interesting to work with stuff that don’t have to be beat driven and dance floor. You can just kind of go where you want with it, it doesn’t have to stay in one tempo, it can go over there. It’s sound for a visual

Is this the first time you’ve worked with soundtracking or music for moving image?

It’s the first time, yeah. I wouldn’t have really done it otherwise. I’m bored, I don’t really open up Logic that much and this is the first thing that’s made me open up Logic for a minute. I don’t really open it until I’ve got something interesting to do. I’m not one of them people that opens it and thinks “I’m gonna make a hit, now!” because it ain’t gonna happen. So when they asked me to do this I was like “Yeah, I’m on it!”. 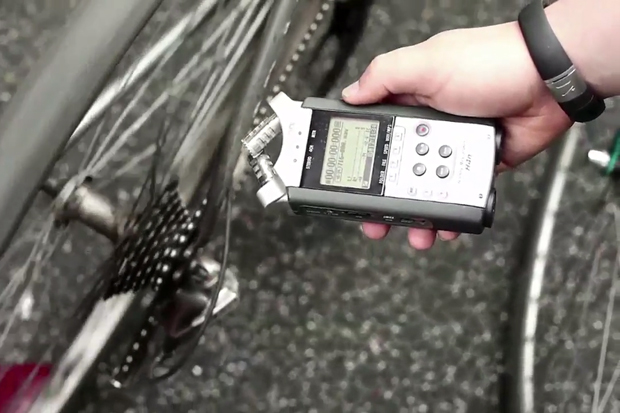 How are you planning to use what the FlyKnit collective come up with?

The funny thing is, this bit of the process of making music is my favourite bit of making music. That’s why I know I’m gonna have fun with it because when I finish a tune, I’ve banged the beats, banged the bass, hi-hats, everything, it’s all there, I’ll leave it for a day or whatever, come back and this is the bit where I can create all the sound behind it. The bit you don’t really hear unless you’ve got your headphones on. If they’re not there, subconsciously you get bored and you don’t even know why you’re bored, but it’s because these background sounds ain’t in the music. I love this bit – you can get really creative and do stuff and play around and there’s no rules, no wrong or right.

How do you feel about all of the sampling for your favourite bit of making music being out of your control?

It’s exciting because I don’t know exactly what I’m gonna get to use. I know what’s in my sound bank, I know what I want, but someone’s gonna give me loads of stuff and I’ve got to use it. It’s like doing a remix; sometimes you get ones you want to do and sometimes you get ones you don’t, and when you get one you wanna do, you get a bag of sounds that are like “These are great. I know I can use that and do that with it”. I’m hoping it’s gonna turn out like that!

FlyKnit is all about running. Do you run? Are you a fitness freak?

Trying to be. I went to Sonar Festival and up until the run up of that, for about three months I was banging it out like “I don’t want to die at Sonar! I need to make sure I’ve got energy!”. I was there every day, hitting the gym. Now I’ve been to Sonar … it’s all over. I ain’t been back, so I ain’t running either [laughs]. I’ve got quite a few Nike running shoes though.

Thanks to Scratcha for his time and insight into how he makes music. You can listen to the first 2 minutes of his 30 minute soundtrack below.