Mrs Wilberforce is a brand I’ve followed for a little while, and it’s been a pleasure watching them grow. For Summer, the brand present a small collection of three T-shirt designs and a crewneck sweat – their first cut n sew piece.

Three graphics – two larger front prints and a third both back and front – play with print design and illustration, predominantly black and white, with hints of colour appearing in-between. The Pantheon crewneck features a minimal allover embroidery – really simple, but really well executed, and is a big step forward for the brand. The lookbook and skate edit produced have a strong analogue feel, with images re-shot through an old 15 inch tube television, produced with help from Liz Seabrook, East London’s Parlour skatestore and skaters Dan Tomlinson and Peter Buckley. It’s resulted in a nice piece of footage, with the gifs below adding an extra touch, but critics would definitely say that analogue skate edits have become a trademark of another popular UK brand.

The lookbook follows below, and you can head to Mrs Wilberforce to view the collection in more detail. It’s now available from the brand’s online store, as well as from Parlour and TUK. 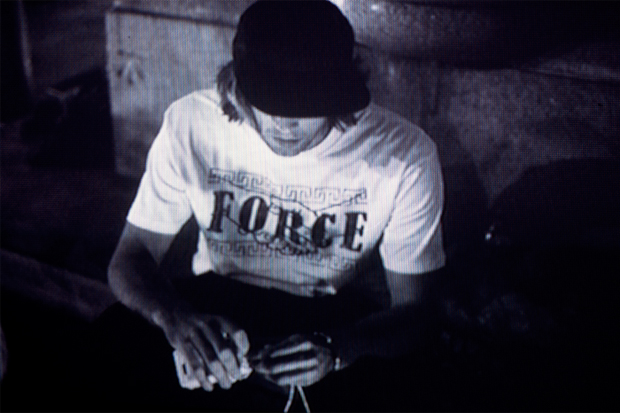