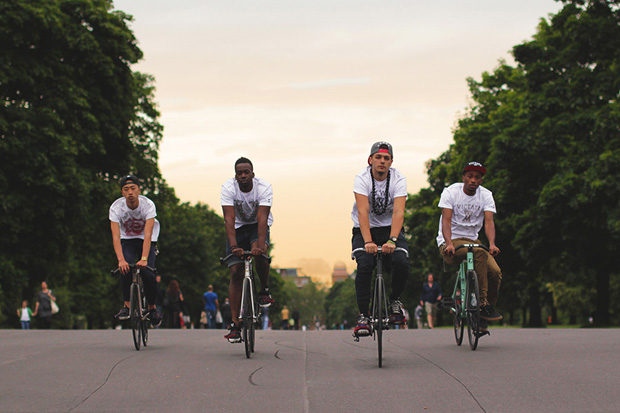 Accompanying the Liberty Floral Sleeved T-shirts we featured last week, the Summer ’12 collection from Victate also includes it’s ‘mainline’ of printed tees. The brand produced a small lookbook for the collection, drafting in the boys from Ohana Fixed on modeling duties.

The new range includes three graphic tees – two colours in the brand’s ‘Heritage’ design and the ‘Victorious Floral’ which is the highlight. We’ve seen the Heritage before, but it’s nice to see it carry over as a mainline staple. The new design features the letter ‘V’ constructed from an intricate pattern of leaves and flowers, and sees Victate work with artist Fatima Khan once again. It also ties the printables in nicely with the Liberty floral tees.

As we’re used to seeing, Victate once again use a premium 230gsm, 100% cotton body, with extra attention paid to the construction, fit and print itself. As mentioned, the lookbook features London fixed gear crew Ohana Fixed as they ride the streets and some of London’s more scenic spots. As well as the mainline, it also incorporates the Heritage Snapbacks and Monogram Cardholder, also part of the Summer ’12 line. Everything featured is available now from Victate. 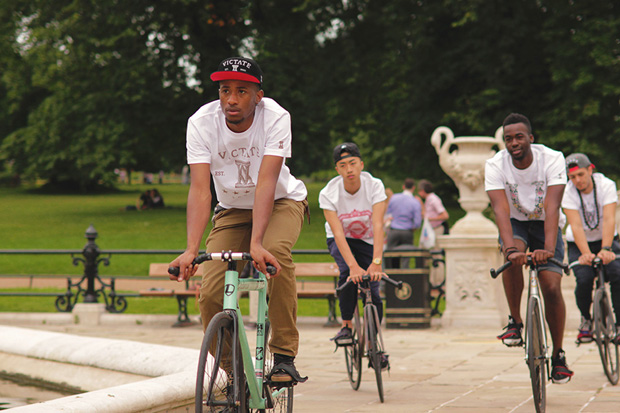 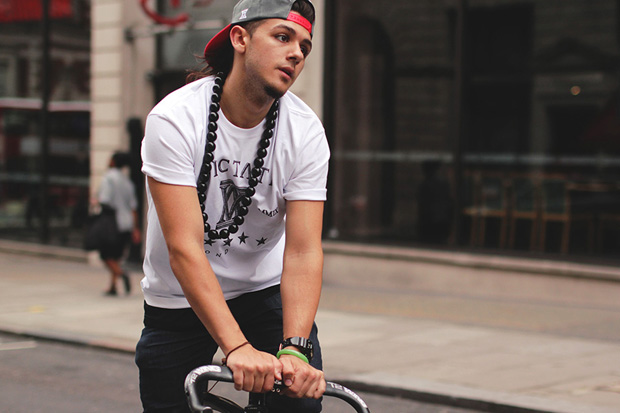 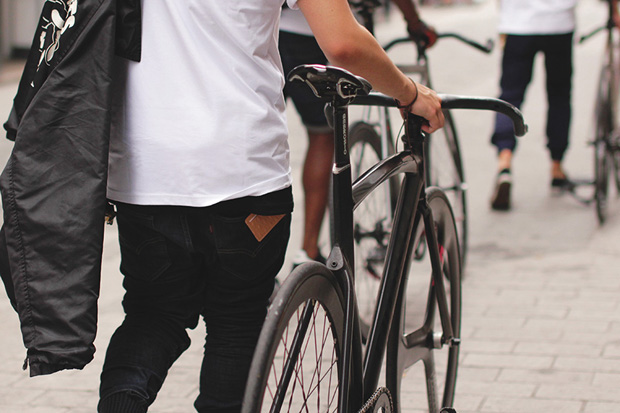 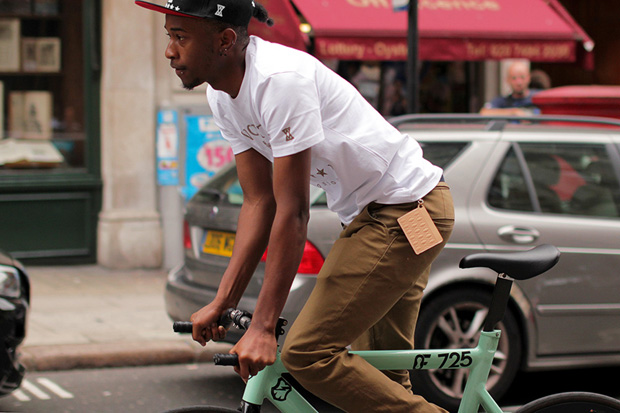 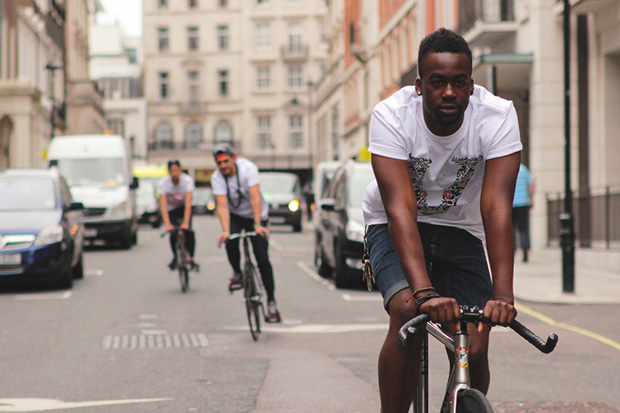 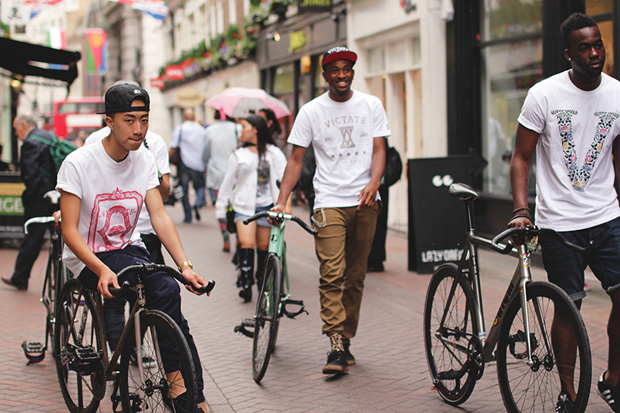 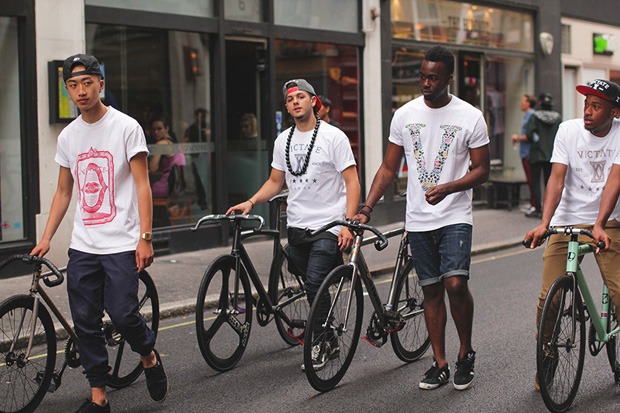 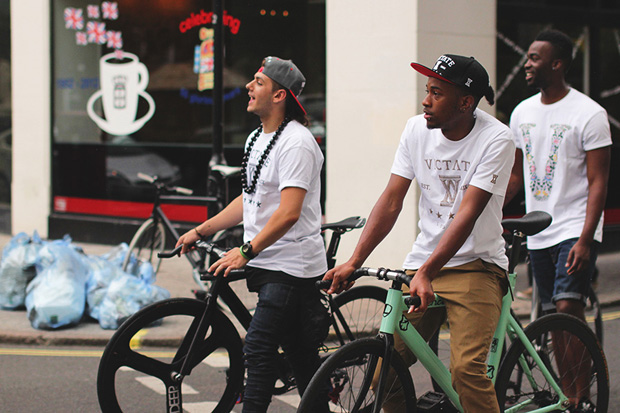