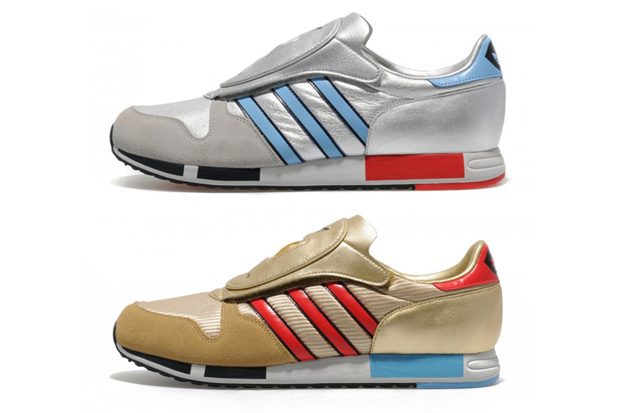 adidas have brought back the classic Micro Pacer in it’s OG colourway along with a new gold version exclusively for UK retailer size?

First released in 1984, the Micro Pacer must have looked like something from NASA. It’s shiny silver exterior and pastel blue features make for an instantly striking shoe, but it’s not the mad colourways that make this shoe stand out. This was the first ever shoe to carry a computer chip on board. Now, bear in mind that this is 1984 and Apple had only just released it’s first Macintosh computer … this was and still is a pretty crazy piece of footwear.

It is the housing for the computer in this shoe that makes it such an instant love/hate item. The chunky leather patch that covers the laces plays host to the pedometer, making the shoe what it is in it’s greatness and debatably ruining the silhouette at the same time. It’s almost like a well written play – so many mixed emotions.

Both pairs will be released exclusively at size? stores across the country this Friday (10th August). 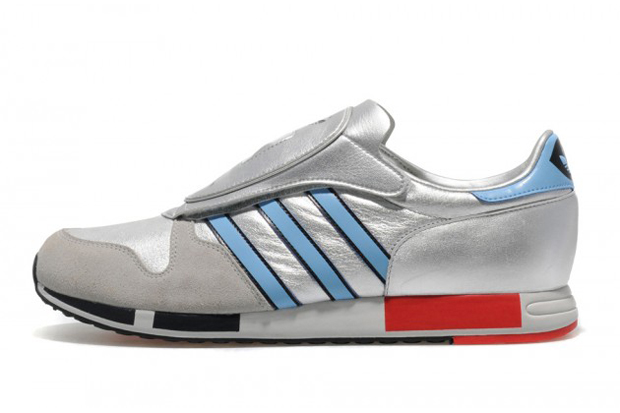 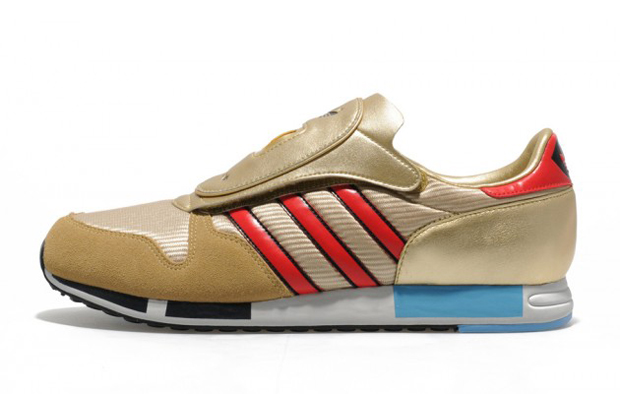