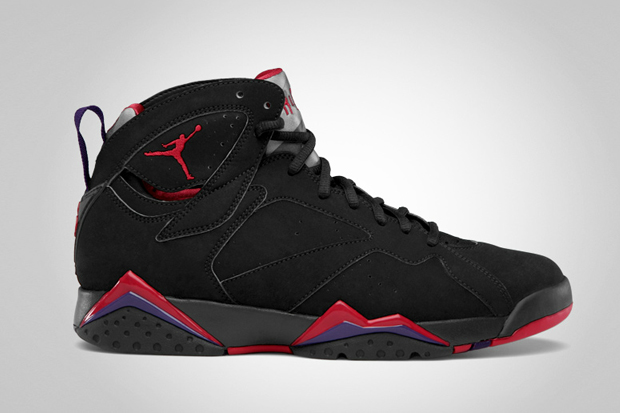 Tomorrow (or tonight in some cases) will see the release of an Air Jordan Retro I’ve been hoping for, and then waiting for, for some time… The Black/True Red Jordan VII, more commonly known by it’s ‘Raptors’ nickname.

The Black/Red Jordan VII first released in 1992, and although I wasn’t fiending for a pair at 4 years old, it quickly became a favourite of mine when discovering Jordan Brand in later life. It didn’t pick up it’s ‘Raptors’ tag until around the time of it’s first retro in 2006, due to the resemblance of the colourway to that of the Toronto Raptors. A slightly different version appeared again in 2009, but this 2012 retro with it’s jet black upper has thankfully hit it right on the head for me.

The Jordan VII’s huarache-like inner sock and slimmer, lighter build makes it a favourite for many Jordan fans, and the classic black/red colour-up is always a big hitter when it receives the retro treatment, whatever the number. Almost entirely black, with red Jordan branding, red and purple highlights on the midsole, and an extra pop to the outsole.

The Air Jordan VII ‘Raptors’ releases tomorrow in UK stores, with a few online outlets opting for the ‘midnight’ release, including Urban Industry. A full list of stockists follows below. 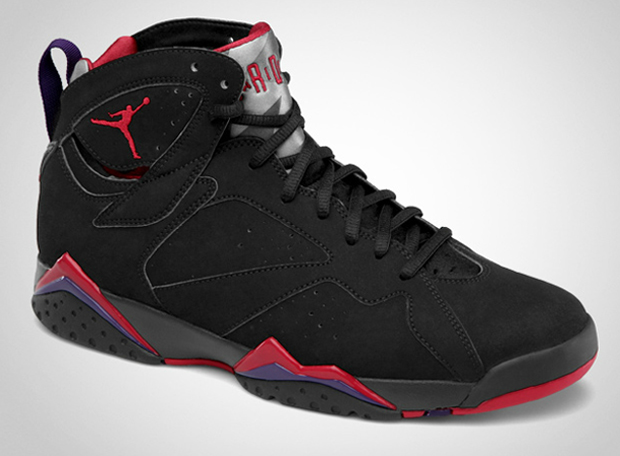 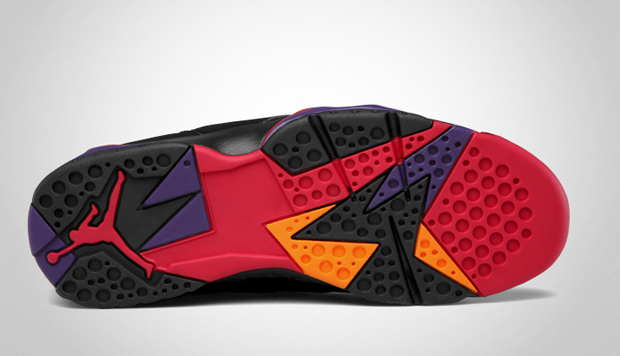