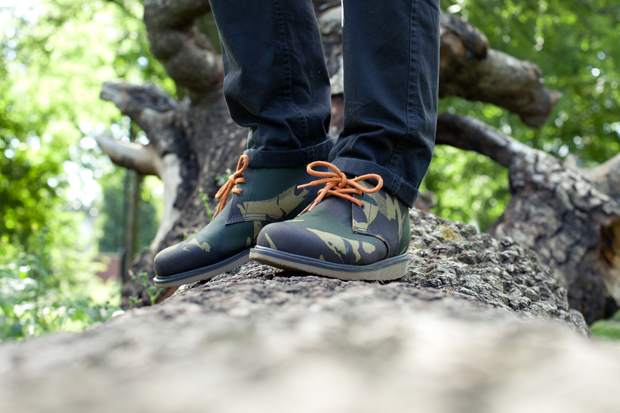 Although these Camo Millerain Nixon Boots from Dr. Martens first made an appearance back in May, we wanted to shine a light on them before they disappeared into the archives, because they deserve it.

The Nixon Boot is a classic Desert Boot and hence has a military background. This specific rendition of the Nixon Boot sees the upper made from a British Army forest camo Millerain material (waxed cotton) from British Millerain with bright orange detailing. Super light and incredibly comfortable thanks to the lightweight C2F sole unit, this is a very durable and practical shoe. The waxed cotton upper keeps the rain out and the Goodyear welted sole unit will take one hell of a beating.

This is avery British piece of footwear. A british shoe company drafting in a British material company to make a British Army inspired shoe for the British weather. Superb. Having seen it before, but not in the best light possible, we wanted to look at this shoe in it’s natural environments; the nature that inspired it and the tarmac that it will most likely reside on.

The Dr. Martens Nixon Boot in camo Millerain is available now in-store and online from Dr. Martens for £160 a pair. 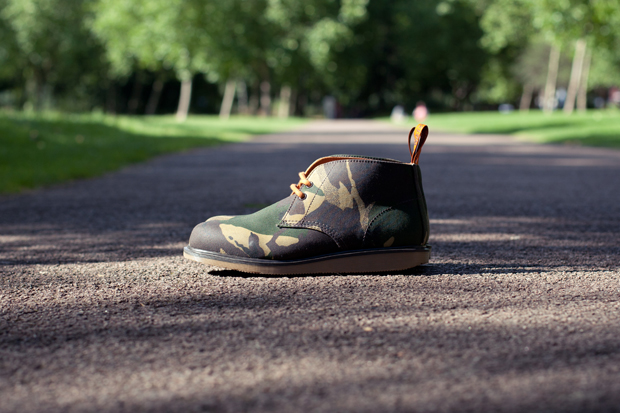 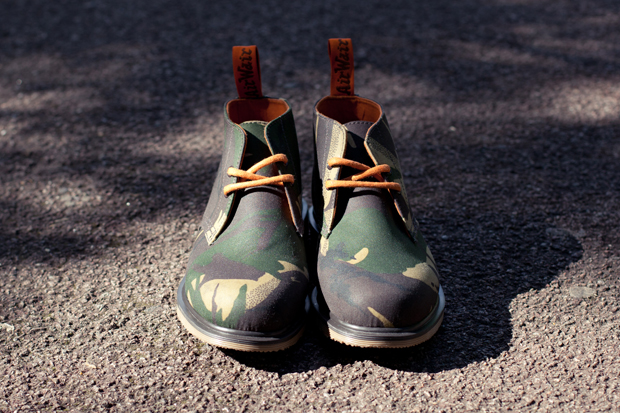 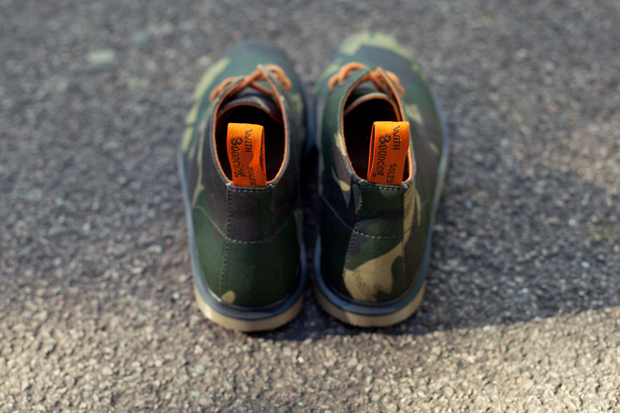