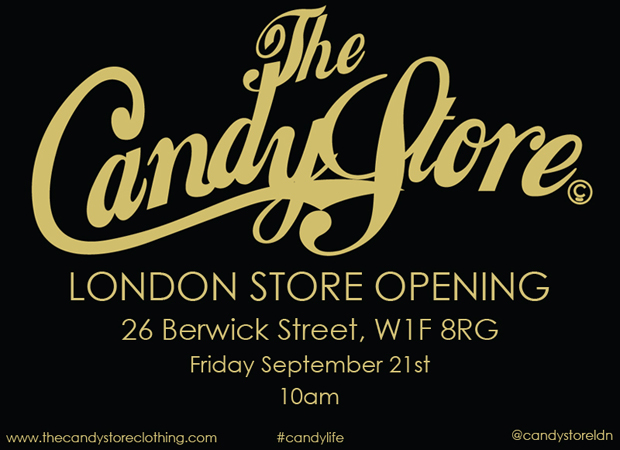 News that a lot of us have been waiting some time for finally made an appearance this week. There have been rumours of it’s arrival for some time now, but next week The Candy Store will open it’s second location in the UK on London’s Berwick Street.

Candy already have a long standing history in Birmingham, and will be looking to do the same with the new London store. With an interior design put together by The Wilson Brothers (who also designed the Footpatrol ‘shed’ and Supreme’s minimal interior), we’re expecting big things from the store visually.

Situated almost opposite Footpatrol and a few minutes walk from Supreme, the area is turning into a but of a hotspot for independent retail. Candy carries a number of the world’s biggest names in streetwear, as well as a few harder to come by brands – expect to find product from Crooks & Castles, Diamond Supply Co., The Hundreds, HUF, Mishka, 10.DEEP, Benny Gold,, The Quiet Life, Acapulco Gold and more when the shop opens up next week.

The store officially opens at 10am on Friday September 21st for a day of opening celebrations. There will also be an in-store launch party the night before, with musical entertainment from Rinse.FM legend Alexander Nut, next big thing Darq E Freaker, and London resident scene selector Motive. Head to the facebook event for more info.

London is notoriously a tough city to crack with this sort of thing, and many have come-and-gone. It’ll be interesting to see how Candy can make their mark, but I for one think a store like this has been needed for some time. Stay locked for images of the store shortly, but for now head to The Candy Store for a better idea of what to expect. 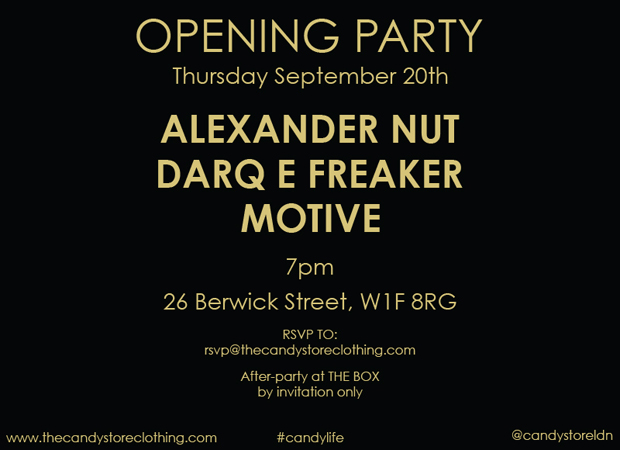 The Return of The Candy Store