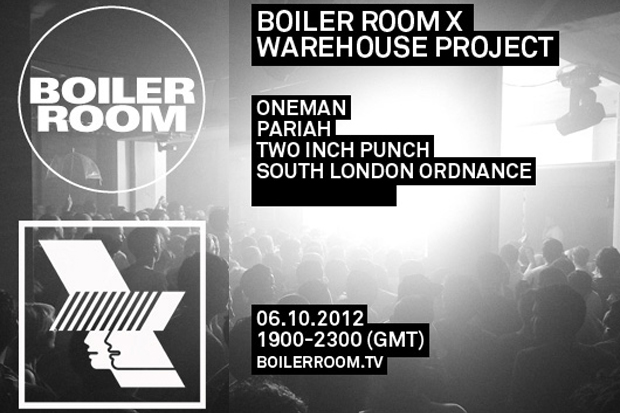 It’s an amazing line-up as it is with just these four names on the bill, three of whome we have had the pleasure of gracing our mixtape series (001: Oneman, 027: Two Inch Punch, 028: South London Ordnance). People have been buzzing about a potential secret guest as there is a blank box beneath SLO, but these rumours haven’t been confirmed.

Head over to boilerroom.tv between 7pm and 11pm tonight to watch the stream go down.