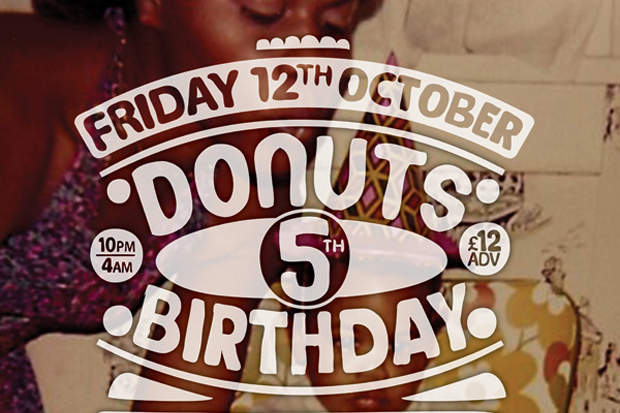 Bristol’s Donuts are celebrating their fifth birthday this week and they’re doing it in style, throwing a party in the city’s old crown courts.

The body of work that is Donuts has become notorious over the past half decade, playing a role in Bristol’s club circuit as well as the running of one of the city’s staple streetwear stores. All this in mind, it would be rude not to toast the last five with them. The location of the party takes us outside the usual box of Bristol clubs and into the Old Bridewell Crown Courts and prison cells. The bill boasts a hefty affair of selectors, with LA’s “Ambassador of boogie funk” Dâm-Funk of Stones Throw Records heading the schedule, as well as Funkineven, Behling & Simpson, Ossie & Petchy and The Kelly Twins.

You can’t really turn down a party like this if your in the Bristol region on Friday. Get your tickets now at RA.