Warning: "continue" targeting switch is equivalent to "break". Did you mean to use "continue 2"? in /nfs/c08/h04/mnt/122689/domains/thedailystreet.co.uk/html/wp-content/plugins/wp-author-box-pro/includes/ReduxFramework/ReduxCore/extensions/customizer/extension_customizer.php on line 442
 Debut: Nike Sneaker Illustrations by Jack Stocker 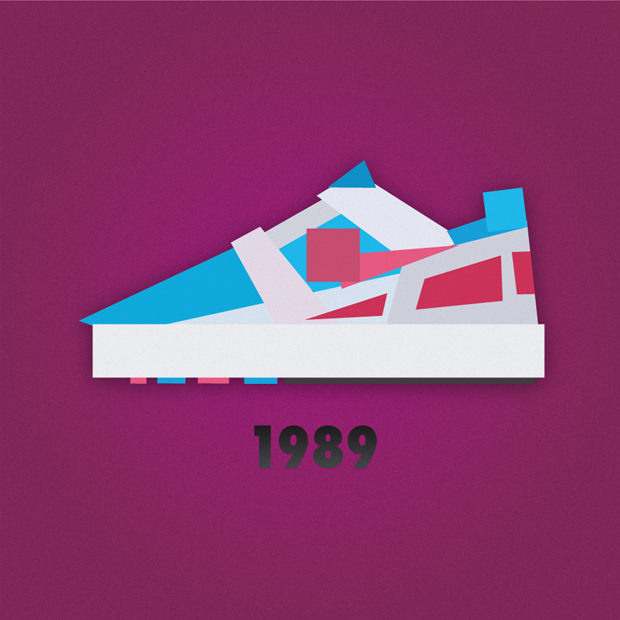 We always love a good bit of art, especially when it’s portraying some of our favourite sneaker silhouettes. Here we talk to the talented young illustrator Jack Stocker about his latest pieces focusing on classic Nike’s.

Jack Stocker is a relatively unknown name in the art world and the sneaker world, but that’s to be expected when he’s only 18 years old. However, when we saw his angular, aggressive interpretations of the Air Huarache LE and Air Max 1 we were instantly intrigued. Created as part of his final project for college, this set of six illustrations is a bold expression of a young passion for Nike footwear and more specifically the Nike Air range.

Clean and minimal, the illustrations strip away the detail within the shoes, forcing the viewer to focus on the basic parts of the silhouette and the iconic colours that create it. It’s surprising how quickly you can name each shoe – give it a try. Jack selected the Air Max 1, Air Max 90, Air Max 180, Air Huarache LE, Air Flow and Air Max Light for this project.

We asked Jack a few questions to get a better understanding of how and why this project came about, as well as his personal relationship with Nike sneakers.

How long have you been doing illustration and has it always been in this style?
I’ve been studying graphic design for four years now, but only in the last year or two have I concentrated on it more due to the learning situation. Being at college has improved my Photoshop and Illustrator skills, meaning I’ve been able to create more designs and designs that are better in detail. The style has developed over the last year or so where I’ve enjoyed using basic shapes within my designs, but I wouldn’t say yet that I was set to this style. It’s just experimenting with different styles and techniques.

What was the thought process behind this selection of sneakers and why only Nike?
I just really like the older trainers and the colourways of them and knowing the background behind each trainer. Knowing how and why it was made influences me more as a designer because you can look at their first hand research. There’s no particular reason why I chose Nike apart from the fact that I personally prefer a lot of their designs over other brands. I’m not saying I don’t like other brands, it’s just I can relate better to trainers that I am more familiar with.

How long have you been a sneaker fan?
Probably the start was about 4 or 5 years ago when I got my first pair of Nike’s that I actually looked after and didn’t scuff up, but it’s only been in the last 2 or 3 years where I have seriously been into them and building a strong collection.

Do you own any of the shoes in this selection or is it more of a wish list?
Yes I own the Infrared 90s, the 2010 release and this years hyperfuse release. I also own the OG Air Max 1’s from 2009, the Air Flows and the Air Max Lights. However the Scream Green Huaraches and the Air 180’s are on my wish list.

Your work is very angular and minimal. Why do you take this approach? Who / what are your inspirations?
I didn’t want to create another illustration that’s just a graphic of how you see the trainer as it is, as it’s already been done by many graphic designers. I wanted to take a step back from just doing an illustration of what you see and look at what you don’t see at first glance, which are the basic shapes within the trainer itself. The reason for me getting this whole idea was after I looked at Paul Huxley. His designs are very minimal and basic, which I liked, so I wanted to use these basic shapes within something that I can relate to.

Is this the end of the project or will you be looking to develop it in the future?
I’d like to experiment with different trainer brands that I like, such as Puma and Asics, as I think they would make quite a cool series of prints. I’m also looking into creating t-shirts with these prints on or possibly the series of canvas’s that I spoke about. 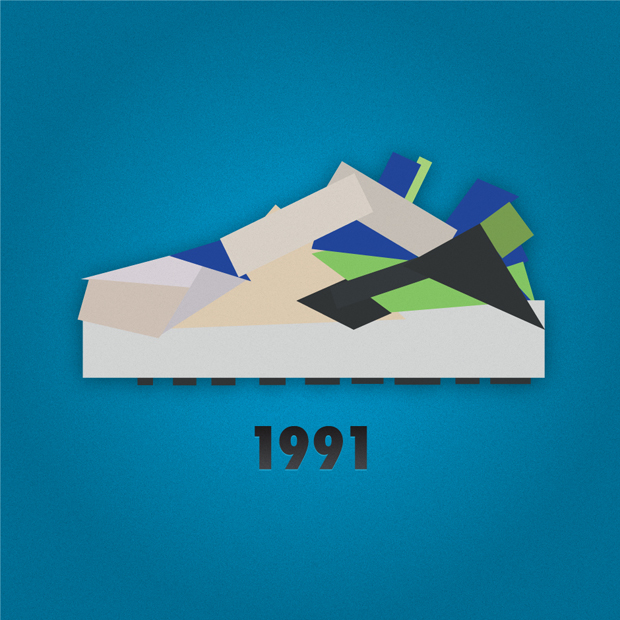 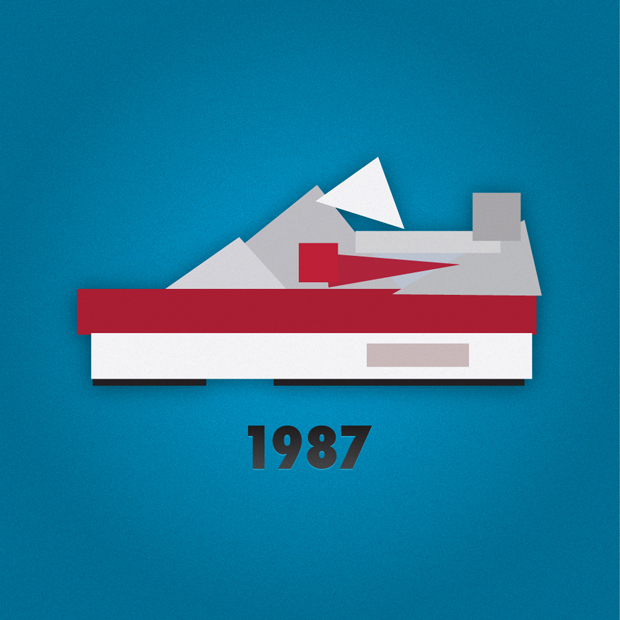 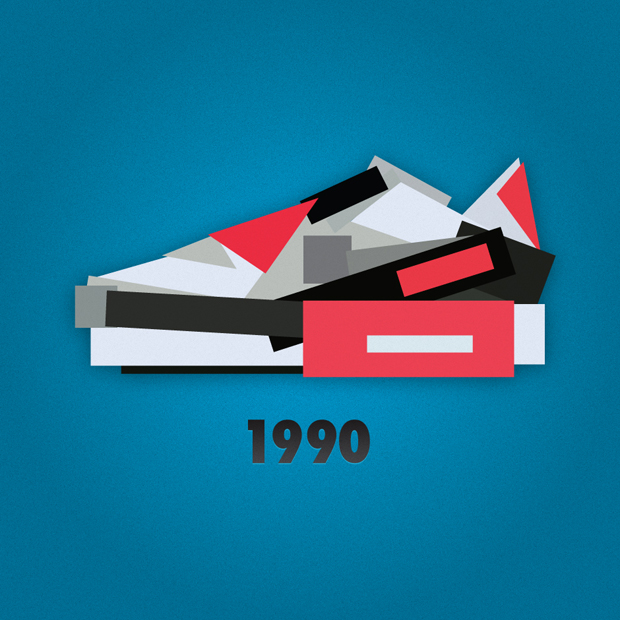 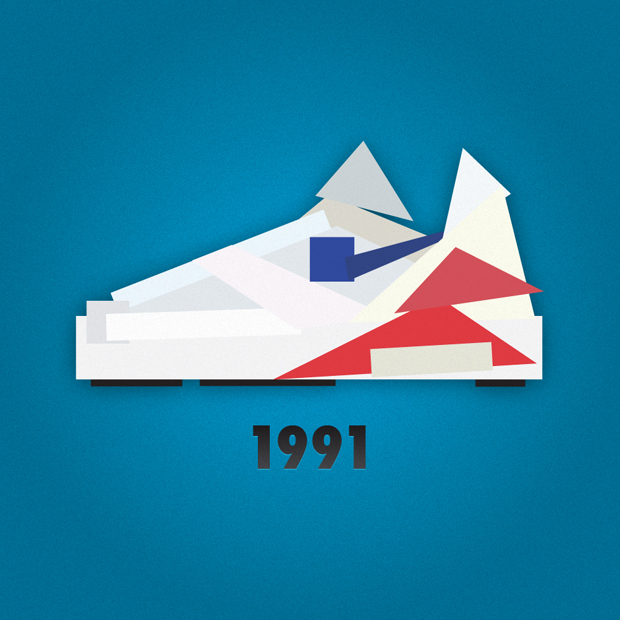 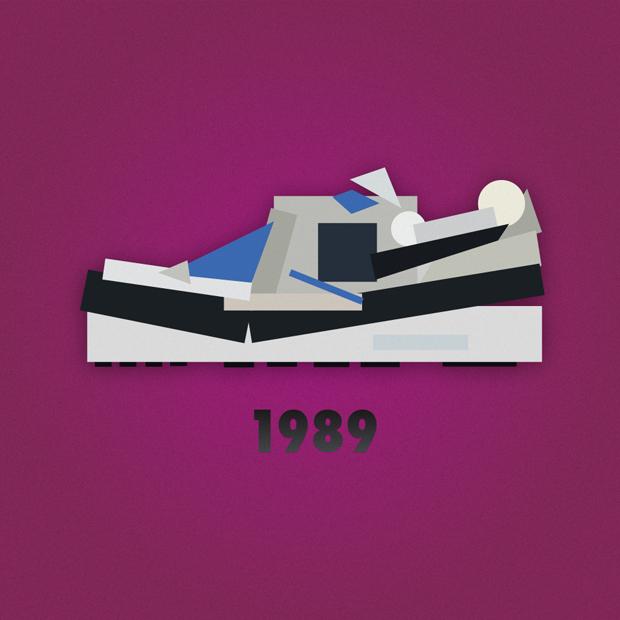