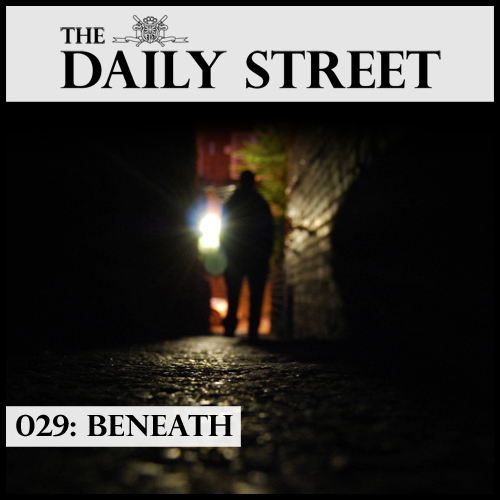 Sheffield’s Beneath brings his dark and heady take on UK Funky and House to our mixtape series.

Beneath’s sound is instantly recognisable yet hard to pin-point. It takes rich inspiration from the dark, moody basements of early Dubstep and the swung rhythms of UK Funky, but it manages to hold a raw, gritty nature that is more familiar in the darker realms of Techno. He manages to craft a style of UK Funky that is as far away from the overly clean, almost pop-like sound that it became known for, as you can hear from the two opening tracks in this mix, both by the man himself.

Springing to light via a short series of self-released white labels on his own NO SYMBOLS label, Beneath has since been garnering all the right attention from the right people, including Mosca, Pinch and Blackdown. With his debut EP dropping on Keysound at the end of the month, we thought it was a good time to welcome him into the folds of our mix series. It’s a dark and moody mix that will appeal to all those loving the new Techno inspired bass heavy sound going on at the moment as much as it will any classic UK Funky or Dubstep fan.

TDS Mix 029: Beneath by The Daily Street on Mixcloud

Goodhood: Beneath the Canvas