In a rather unassuming corner of Dalston, we found the studios of D.S.Dundee and had a sit down with the brand Director, Jim Pickles. This is a brand with unexpected roots, as well as a real knowledge of who they are and what they do best.

D.S.Dundee is one of those brands in which their identity and personality can be seen in every piece, mainly due to staying true to themselves and not straying too far from the core product. The studio is relatively small, and recently played host to the Dalston Department Store, with in-house tailor Abdulla fixing up and restoring old machines to be given a new lease of life. We took some time to talk to Jim, to hear what he has to say about the brand, where it came from and where it is going in the future. 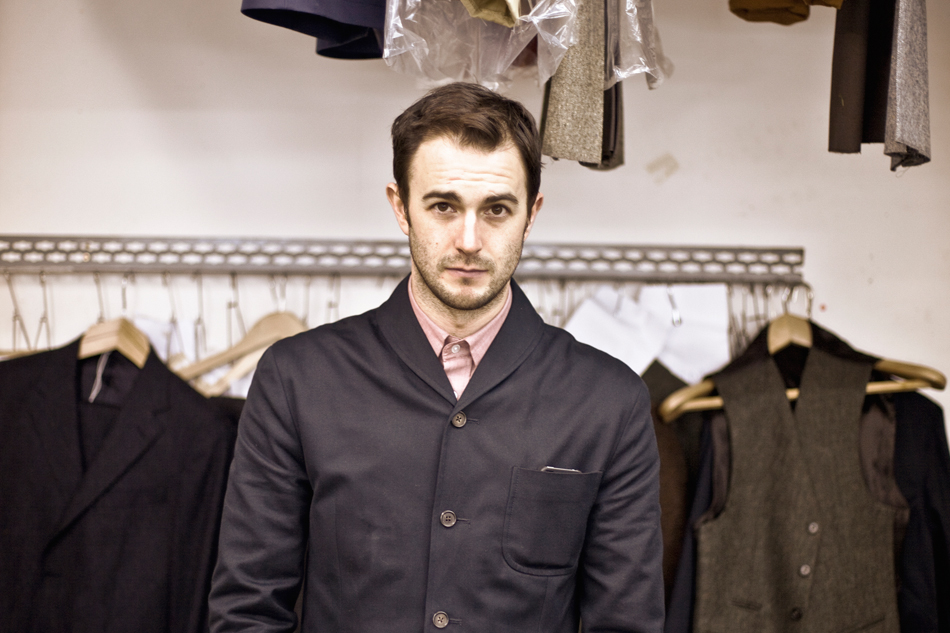 In your own words, how would you describe D.S.Dundee?

I like to think that it is a brand for guys that work hard, but want to dress well and you know, still keep that element of ‘gentleman’ about them, no matter what they do. No matter what walk of life they’re from. It’s not for posh people, it’s not for rich kids, it’s just for guys that work hard and you know, get on with things. That’s probably the best way I can sum it up, but aside from all the obvious heritage, fabric and British influences, that’s how I’d like it to be perceived.

How and why did the brand come about?

It came about when me and my co-founder and business partner, Oli Piltcher, met at university in Edinburgh during the mid-nineties. He was already running a brand called Duff Star, a skate brand at the time. I helped him out with that, a few shoots etc., and got interested in the idea of running a brand and being involved with my own company. We both went off and did our own separate things and then at the end of 2007 we were back in London, I’d quit my job in the city where I was bored of it and wanted my own thing, he was back in town and we got talking and decided to relaunch the brand, but with a more mature outlook. We wanted to design stuff that we were going to wear ourselves.

Talk to us about the design process. How does a D.S.Dundee collection usually take shape?

There are various factors involved I suppose. A lot of what we’re trying to focus on now is outerwear really, and fit-for-purpose, like jackets that real gamekeepers, poachers or stalkers would wear. Oli has recently moved back up to Scotland – he’s a big creative influence on the design side of it, and being back in Scotland has been a big influence on the design side now. Ultimately, a lot of the guys who buy our coats won’t be stalkers and gamekeepers, but we need a jacket that has the full story behind it. It needs to work as a jacket and not just have superfluous design plonked on it. 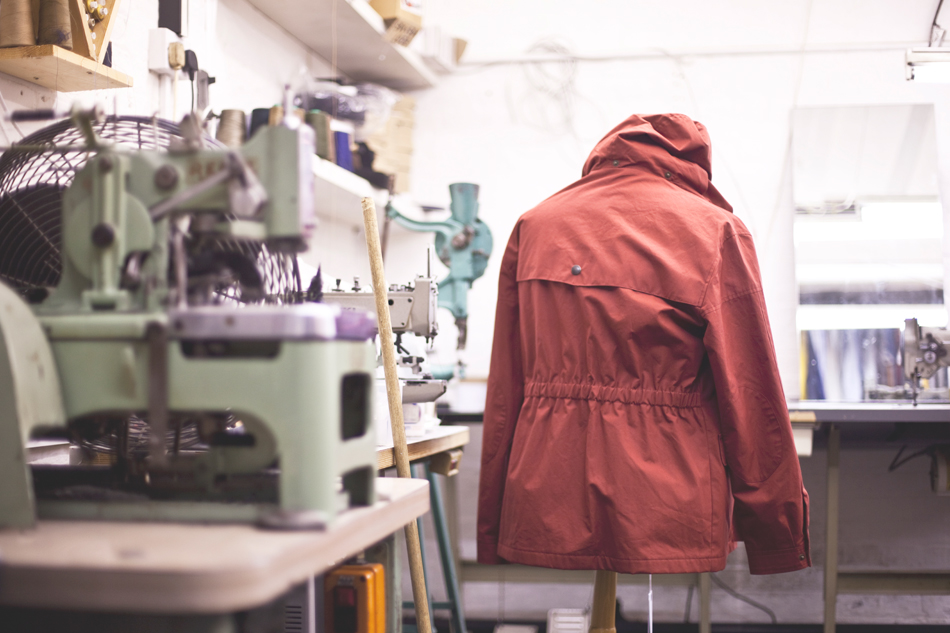 Is there anything else that tends to have an influence on how you piece together a collection?

If we’re looking at the colours of the tweed we use, we take inspiration from the moors, or the bleak countryside you see through the window. It varies. Or we’ll go down the route of looking at archive photography of guys that used to work hard in the industrial revolution and the jackets that they wore, and take inspriation from that. Or with the Spring/Summer collection, looking at old rambling jackets and people like Wainwright, who was the main guy in the lake district, and we’d go and say “If he went to the Cairngorms, what kind of jacket would he wear?”. Influences for Autumn/Winter aren’t that difficult to come up with, mostly it’s driven by fabrics. You’ll go to a fabric fair and you’ll find great fabrics and it’ll be like “Let’s put this in this, this and this” and that’s kind of worked well, and like I said – the gamekeeper’s story and the poacher’s story and the hardworking men of Scotland sort of thing.

Your lookbooks are a strong part of the brand and brand image. How do you go about sourcing location and photographers or Is it a pretty organic process?

Well, the photography is all done in-house because our creative director is our photographer as well, so there is always a consistancy in the shoots we do. I say that, but there are different creative influences influencing each shoot, but a lot of it depends on timing and budgets and we’re fortunate in that we can keep the costs down because we can shoot it, retouch it and edit it in-house. And, now with Oli living back in Scotland, we’ve got access to more realistic and, you know, THE locations we want to shoot in rather than trying to make something up in Epping Forest.

Using UK materials and UK manufacturers appears to be a high priority to the brand. Where has this come from?

Since we re-launched the brand we’ve always worked with British mills. It’s something that we wanted to promote as much as possible. We did a lot of tailoring early on, which was co-branded with the mills we worked with, and from the start we took a lot of influence from the fabrics we worked with. I’m from Yorkshire originally, Oli’s from Scotland, we’re both from quite bleak parts of the country in some respects, and areas which are strong in manufacturing, especially cloth. We both wanted to put that into the brand. Part of our own background in a way. 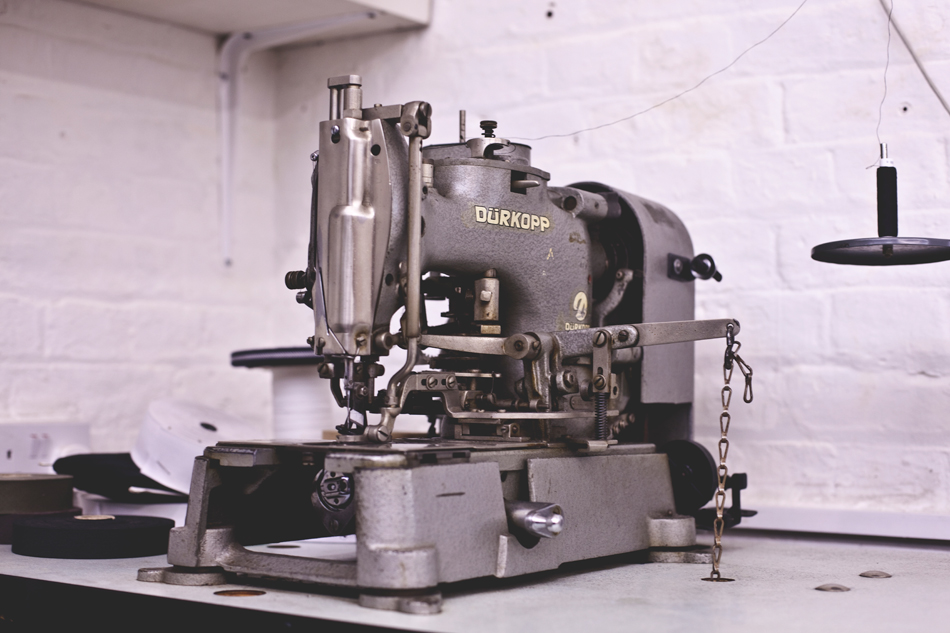 Tailoring seems to be at the heart of D.S.Dundee. Why is it so important to you?

The first collection had a three piece tweed suit in and at that time not a lot of people were doing tweed. We did tweed, we did it with a contemporary fit, and we did it at an affordable price point, so you could get a three piece tweed suit with UK fabric off the peg. It’s not made to measure, but a decent fit for a guy that looks after himself basically, and they sold well, so you know, we always wanted to keep that sartorial element in the collections. But, because it was the tough outdoor tweed fabrics, you could almost see the tailored stuff as outerwear. It does have that strength to it. So, we’d have the tailoring, we’d have the outerwear, and the knitwear could almost be seen as outerwear in the Winter. Some of the stronger pieces, they’re that heavy they will resist a certain amount of water with the natural oils in the wool.

And perhaps at times we’ve gotten a little bit confused and listened to too many other voices when putting things like chinos, and jersey and denim in, and things that aren’t really true D.S Dundee products, but when you’re putting together a collection, it’s nice to be able to style it, especially when you’ve got a shop. It’s difficult to have a shop stocked by just one thing, so you know you need to fill it, and sometimes those products have diluted the brand a bit, but we’re now bringing it right back to our core strengths.

How would you say each collection since the re-launch has progressed? Would you say it’s stayed true throughout? Or has it changed since 2008?

It’s stayed fairly true. There’s always been some suiting in there. We’ve messed around with fabrics like leather, which has been expensive, and you know, I can show you the lookbooks, there are elements in the collections which we’re still doing versions of now. One of the difficult things we have, I’ve got to be honest, is Spring/Summer collections. Autumn/Winter just designs itself. We’ve reacted to that in the best way with our SS13 collection. Our new designer is a guy called Marcus Rigg, and he was at Topman for about six and a half years doing their tailoring and denim and he really built up the business well there, but he’s a really good designer and he’s a northern guy as well, which helps, so he understands outerwear. But, we were looking at Summer and the climate is shit in this country, so you know, we thought “Let’s design a collection which isn’t all shorts and t-shirts” because that’s not what we are. It’s more based around rambling and a shit Summer. You still need a jacket, you still need a coat, and our best selling piece was actually a waxed parka jacket from the whole collection for Spring/Summer. 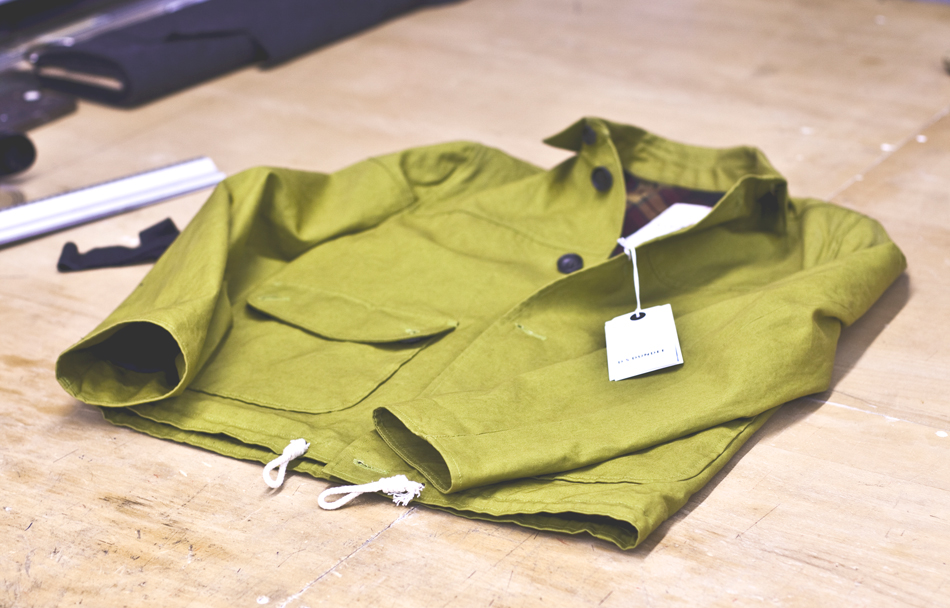 When you put it that way, I can see where you’re coming from. It sounds like the unreliable Summer weather is a problem for a brand such as D.S.Dundee.

Spring/Summer is a tough season as a brand. This time’s the best, obviously – outerwear’s selling, it’s knitwear season and there’s the run up to Christmas. Spring/Summer comes in and you want to get in and out of it as quickly as possible. Retailers don’t commit heavily to stock because you just don’t know what the Summer’s going to be like. They bought quite a few shorts off us, but then they aren’t selling through, so it gets to the end of the season, it’s sale time, and then suddenly we get a bit of good weather, but they’re selling it all at lower margins. It’s just a tough one I think, It’s a tough one.

We’ve always worked with Cheaney’s in Northampton to produce our shoes. We went there and designed some shoes and boots about four years ago and just stuck with the same styles, and they sell really well in America.Our biggest client over there buys really heavily into them. Beautiful shoes, beautiful shoes.

And lastly, what can we expect from D.S.Dundee in the near future?

Well I’ve said about Spring/Summer, but now we’re working on AW13 and we’ve got a cheeky little whisky story – we’re building a jacket for men who like to drink whisky in the mornings. We’ve also just collaborated with a hotel called the South Place Hotel, and we won the brief to design the uniforms for all the staff at the hotel. It’s on Moorgate, designed by Conran. It’s part of the D&D group, which is a massive restaurant group and it’s their first hotel, so they wanted to do something that was really sort of luxurious, but in collaboration with a lot of East London designers, so our designer Matt came up with how D.S.Dundee would do uniforms and we did these sort of textural two-tone blazers and trousers for the guys. Grenson came on board and did the shoes, and Edwin came on board and did the jeans.

Thanks to Jim and all those at D.S.Dundee for their time and insight.