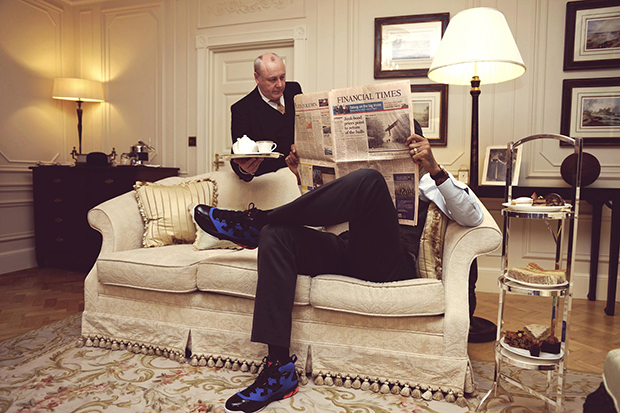 It’s been a busy week for New York Knicks’ NBA All-Star Carmelo Anthony. With a game against the Detroit Pistons at the 02 Arena and a special guest appearance at the new House Of Hoops on Oxford Street, Melo still had time to sit down with British sneaker artist Dave White for a spot of tea in none other than The Savoy. The pair sat down to discuss a special collaboration project that will see them work on a limited edition M9, commemorating Melo’s record 37-points for Team USA against Nigeria at the London Olympics 2012. Stay tuned for more information on this special release. The only thing we do know is that it will be exclusive to London, once it’s complete.

For now we turn our attention to the newest and latest Jordan Melo M9 release, the 9th instalment of Melo’s signature line with Jordan Brand. Although initially designed and engineered for the on court battles Melo encounters on a daily basis in the NBA, the Melo M9 actually has some interesting design inspiration. Firstly, Melo’s fascination with luxury watches and their inner workings is represented aesthetically with the various layers of the shoe being exposed. The layers function independently, but together provide a complete unit which provides the necessary support and comfort for the game of basketball. Another interesting aspect of the design is the Flywire panelling on the side of the shoe, which represents part of the Brooklyn Bridge (where Anthony is from) and also forms an ‘M’.

Technology wise the MELO M9 is the lightest shoe in the star’s signature line, weighing in at just 13 ounces. The lightweight support coupled with the Nike Zoom cushioning provides an even more responsive Melo signature shoe than ever before. The M9 also contains a full-length TPU cage which supports the foot and allows for lateral stability and support along with the Dynamic Fit technology.

Although designed mainly for on court use, once you reveal more about the design inspiration of the shoe there’s a charming character that appeals more to a fashion biased eye. There’s an array of strong colour options, with the Knicks famous royal blue and orange combo being the main focus.

The Melo M9 is available from House Of Hoops London now.

Also, don’t forget to check out our recent interview with the man himself. 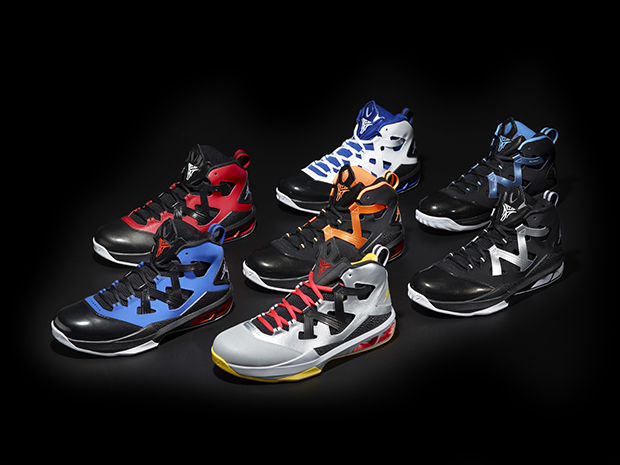 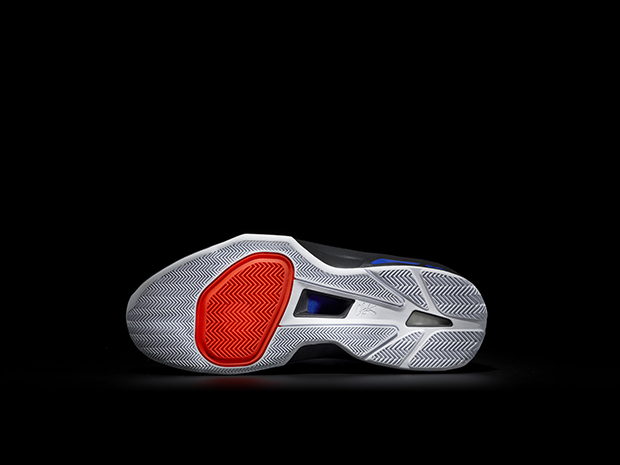