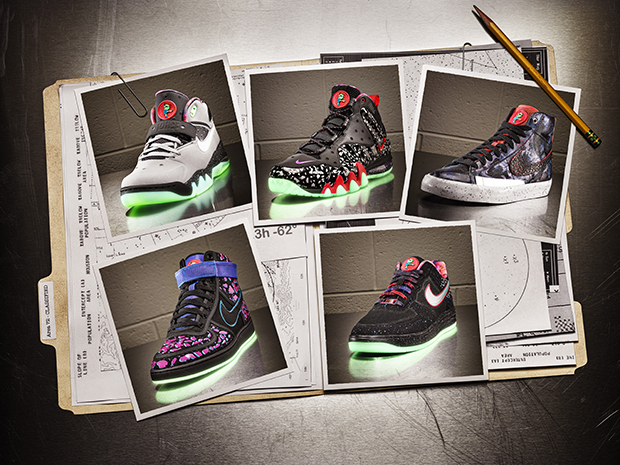 Last year’s NBA All-Star Weekend paved way for Nike to launch the now highly sought after Galaxy collection, which sent reselling prices out of this world. Fast forward to 2013 and we see this Area 72 collection, which picks up where the Galaxy project left off.

The fictitious Area 72 creative muse from Nike is behind the 5-shoe collection and reflects on this years host city of Houston. Containing old and new, each shoe is bursting with futuristic space inspired goodness. It takes a step up from last years Galaxy project with more intergalactic aesthetics and textures on show. The extraterrestrial designs are utilised on a variety of models and merge old-school looks with new-age technology. The premium collection includes the Nike Blazer Mid, Nike Vandal, Nike Lunar Force 1, Nike Barkley Posite Max and Nike Air Force Max 2013. All 5 designs make use of galactic aesthetics, reflectivity and glow in the dark highlights. Each shoe also features a special character named Raygun, a reincarnation of the design that debuted in Nike Basketball more than a decade ago. Here, the Lunar Force 1 and Barkley Posite Max do it for us, with the latter merging some of Nike’s most famous basketball technology.

The Area 72 collection sees a release date of February 14th over at spots such as Nike & Crooked Tongues. As expected, there are very limited quantities available. 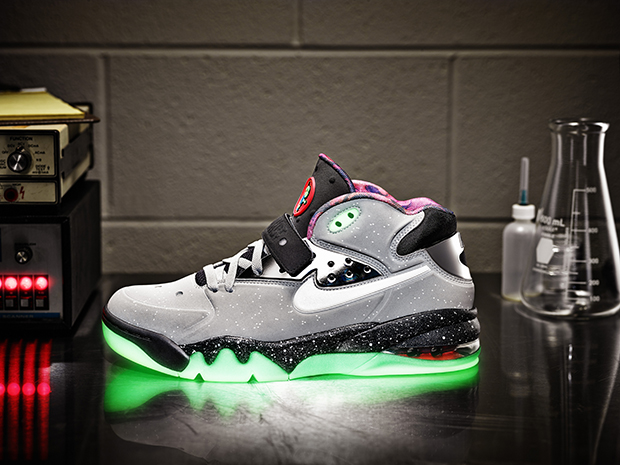 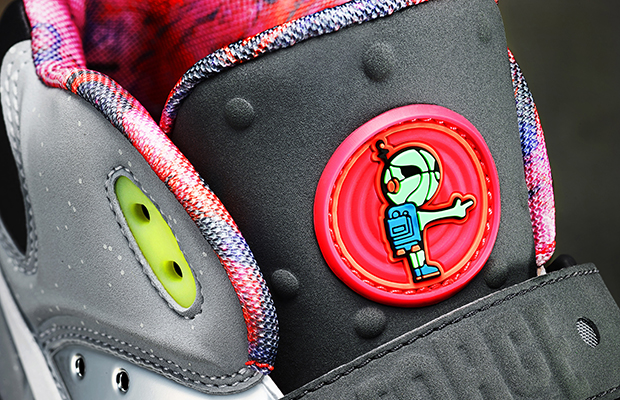 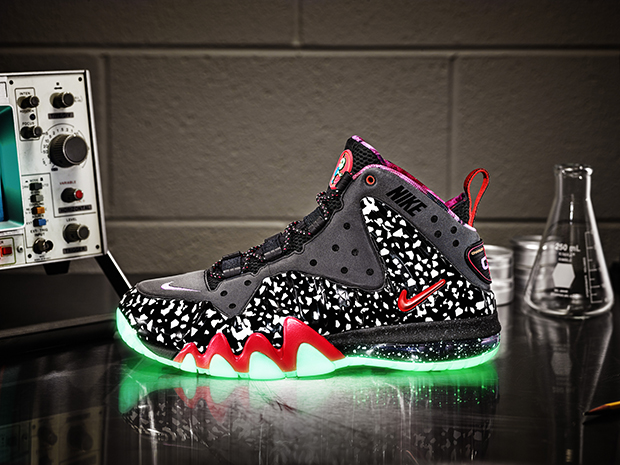