Iconic British brand Henri Lloyd have partnered with Dazed & Confused, producing a short film in support of the release of their new Olmes Carretti Jacket, an updated version of the original jacket, first produced in 1984.

The story behind the Olmes Carretti is a unique one that all started with the unexpected adoption of the classic Henri Lloyd Consort jacket by the coolest Milan teens in the early 80’s. A style movement known as the Paninaro began, characterised by young, scooter riding Italians with their own colourful interpretation of a preppy American aesthetic. It was new ground for the Manchester-born brand, known primarily for outfitting the world’s leading sailors with technical outerwear, but they didn’t shy away from the movement.

Italian designer Olmes Carretti was already a favourite amongst the Paninaro crowd, and in 1984 he was hired by Henri Lloyd to re-work the Consort Jacket in his trademark vibrant style with new materials – in his own words, bringing the jacket “off the boat and on to dry land”. The new Olmes Carretti Jacket is an improved, close-weave nylon version of the original, revisited in celebration of the brand’s 50th anniversary, and is available now in a wide range of colours. The film by Dazed & Confused puts the focus on the pop art-style yellow, fuchsia and white jackets, but it’s also available in black and navy for those looking for something more reserved.

Check out the film above and if you’d like to pick up one for yourself, the Olmes Carretti Jacket is available now from Henri Lloyd as well as select independent retailers. 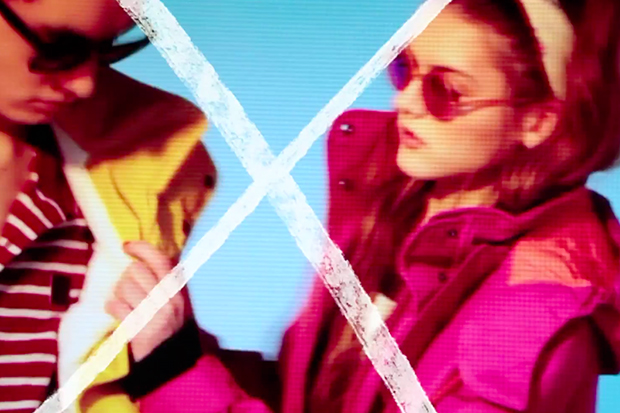