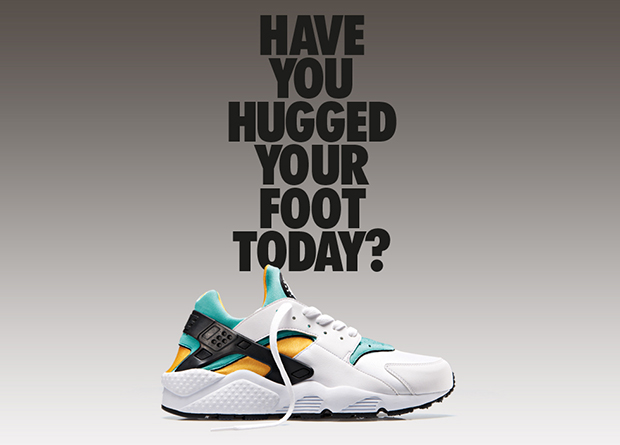 Nike’s running footwear design output during the late ’80s caused a noticeable shift within the running world, but the best was yet to come. With its spectacularly unorthodox design coupled with Wieden+Kennedy‘s now classic Air Huarache advertising, Nike’s Air Huarache achieved instant success after its inception in 1991, and is still revered to this day. Luckily for footwear fanatics across the globe, two of the most coveted make-ups of this landmark running shoe design are once again going to be available, 22 years after their original release.

Utilising an innovative foot-hugging sock system, the Huarache takes its name and design inspiration from the Mexican Huarache Sandal. The design of the Air Huarache didn‘t shy away from that, with its neoprene sock liner exposed under the flexible leather panelling. Not only did you have the technology and aesthetics of the sock on show, it was on show with some seriously vibrant colour options that have now become a part of ’90s running footwear culture. The outsole was way ahead its time, putting in place a thick cushioning system that shows early elements of Nike’s Free Run technology. You might remember back in 2012 when the Emerald/Resin version found here receiving the hybrid treatment, with the application of the Free Run outsole. We weren’t 100% sold on it. The chunky outsole on the original Air Huarache is a big part of its appeal and here we have two of the most sought after colourways back in almost (the heel tab being black instead) all their glory.

It’s a welcome return for the Emerald/Resin and Royal Blue/Pink OG colour-ups and they look pretty damn good from what we have seen so far. Stay tuned as we will be taking a closer look at the famous advertising which accompanied the original release of the Air Huarache.

Both the Emerald/Resin and Royal Blue/Pink will be available from spots such as Crooked Tongues, size? and Urban Industry next Friday, 22nd February 2013. 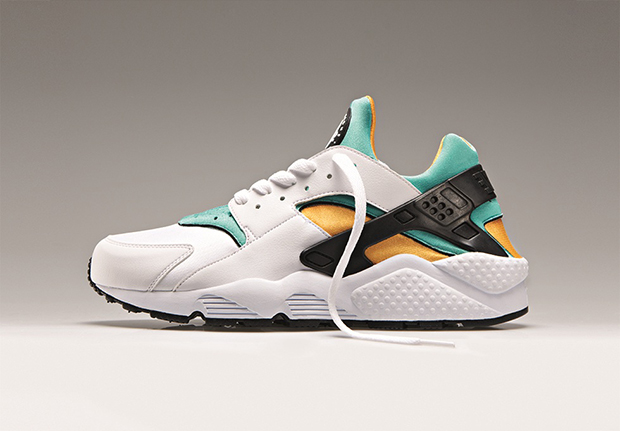 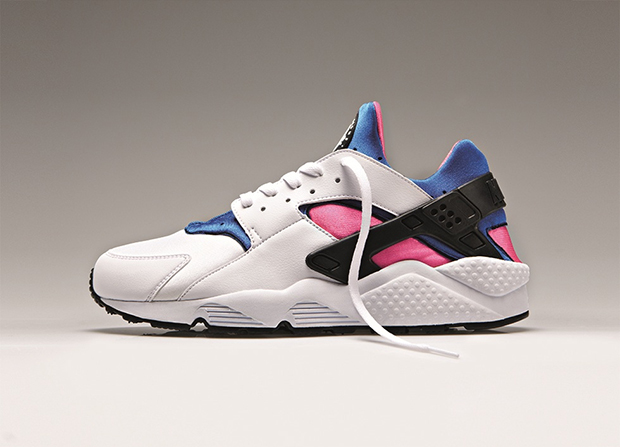