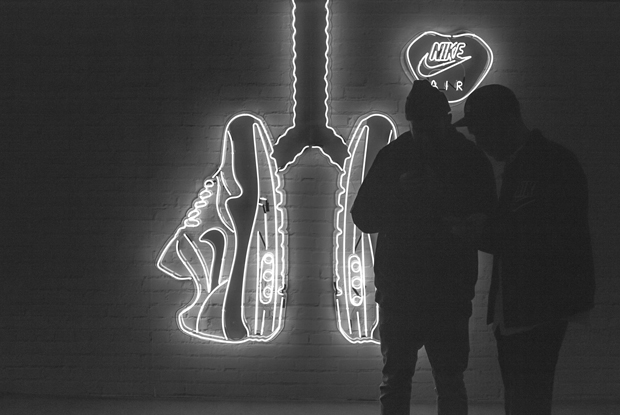 Last week saw Nike kick off it’s official celebrations for the 25th anniversary of Air Max with the #AIRWEBREATHE party at the London Film Museum.

Now, let us clear something up straight away; Nike like to celebrate their footwear anniversaries the year after. Celebrating 25 full years, if you will, rather than the 25th year. It’s the same system as human birthdays – you aren’t born 1 year old, you’re born 0 years old. So, with this in mind, 2013 is the 25th birthday of the Air Max 87, aka the father of Air Max.

Taking place in the basement of the London Film Museum, the #AIRWEBREATHE party was a celebration of all things Air Max, taken to the max in a very British manor with a healthy dose of UK Garage. On display was one of every Air Max model known to man, not necessarily OG’s unfortunately, but still a welcome treat to the eyes as you entered the hallway leading up to a pair of giant neon Air Max 1 OG’s (red) set out as a pair of lungs on the wall. It was quite an entrance.

Off to the left was a mildly civilised room where people were stood around catching up and getting in line to convert their entry wrist band into a FuelBand of choice. Getting geard up and ready for the un-civilised nature of the other room. Off to the right was party town; a UV soaked room that was lined from wall to wall with Nike advertising posters, all popping with their fluro colour palettes. Food and drinks were being branded by Air Max clad waiters and waitresses, with smoke billowing from the top of drinks and from under food containers on their flashing fluro trays. This was like something out of a ’90s rendition of the future, and that was very fitting. On the decks were Mistajam, B.Traits and the headliners of the whole occasion; DJ Luck & MC Neat. You couldn’t really get a more fitting headline act to celebrate Air Max culture in the UK, especially with MC Neat replacing key words in classic bars with Air Max slogans. Let’s just say that it went down well …

Thanks to everyone involved in putting the night together and making sure the vibes were at an all time high. We celebrated the Air Max birthday in true style. 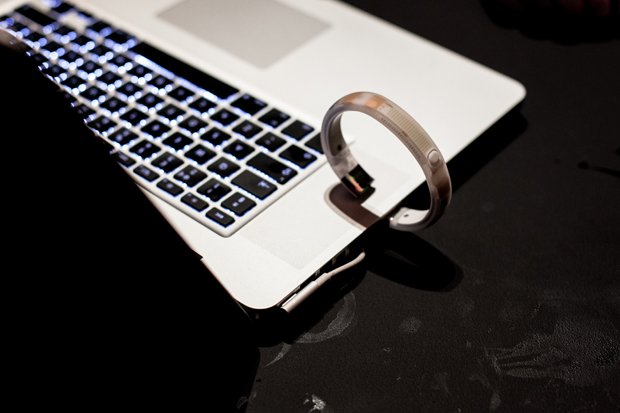 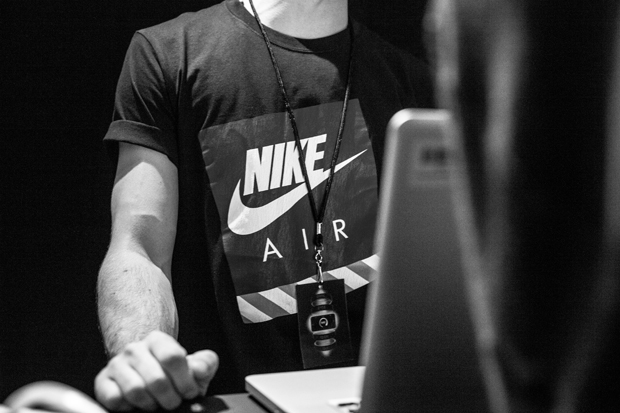 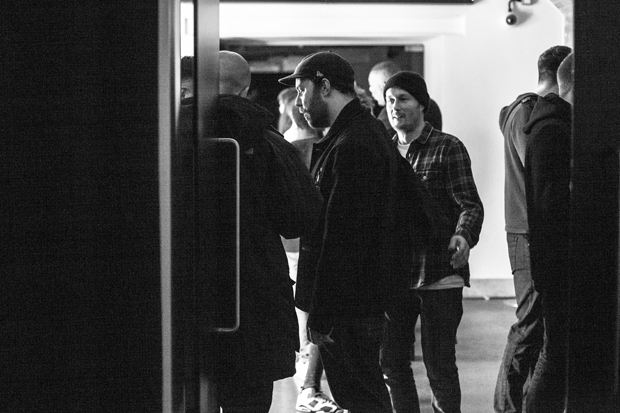 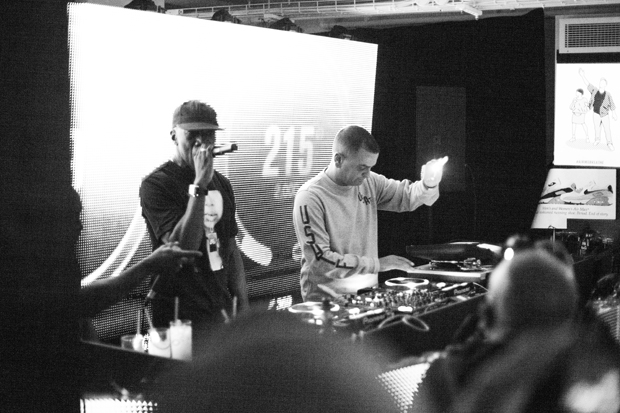 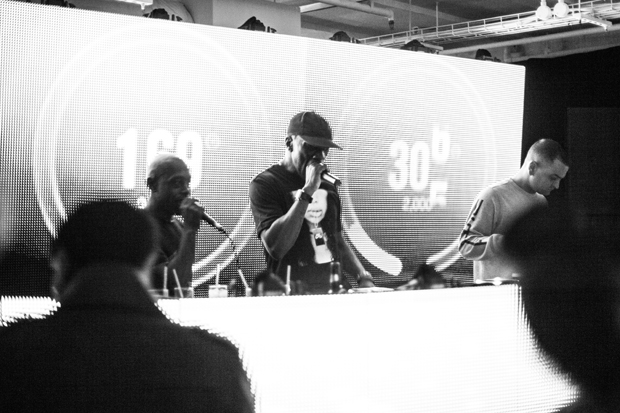 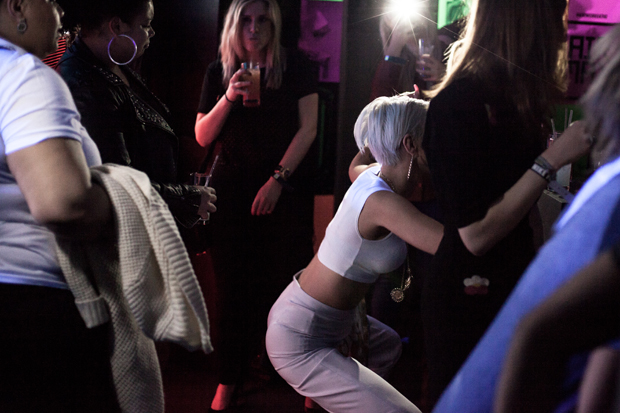 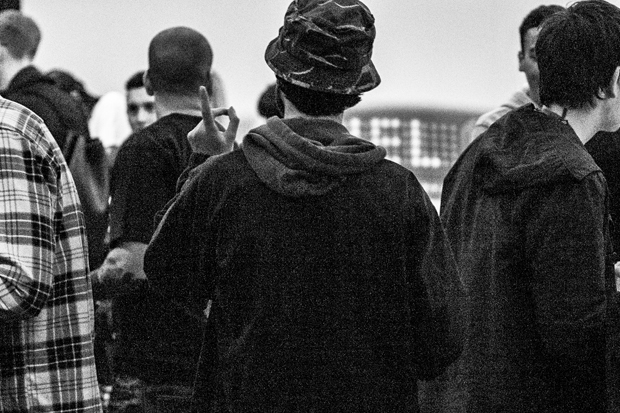 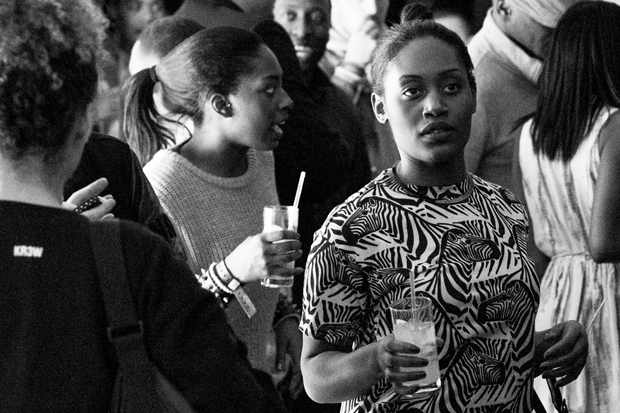 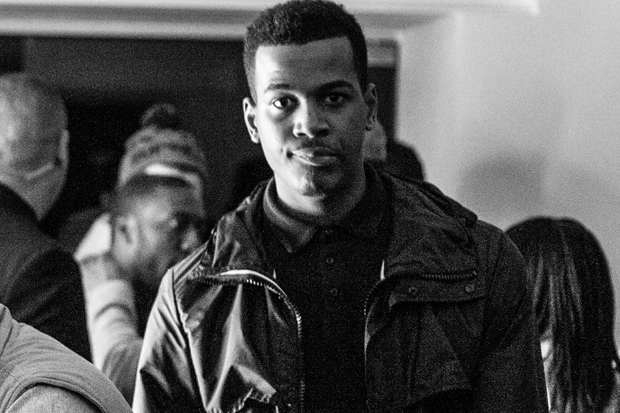 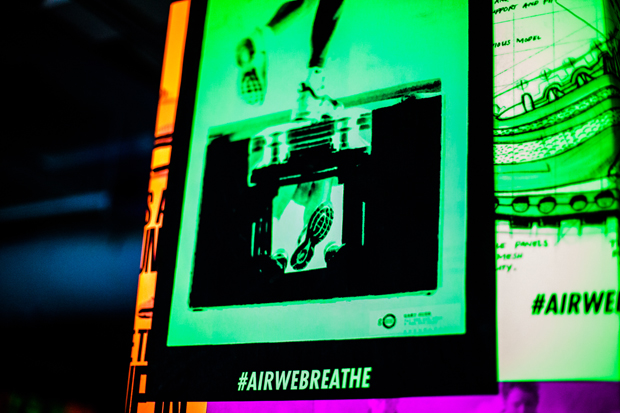