Warning: "continue" targeting switch is equivalent to "break". Did you mean to use "continue 2"? in /nfs/c08/h04/mnt/122689/domains/thedailystreet.co.uk/html/wp-content/plugins/wp-author-box-pro/includes/ReduxFramework/ReduxCore/extensions/customizer/extension_customizer.php on line 442
 Interview: Bondax 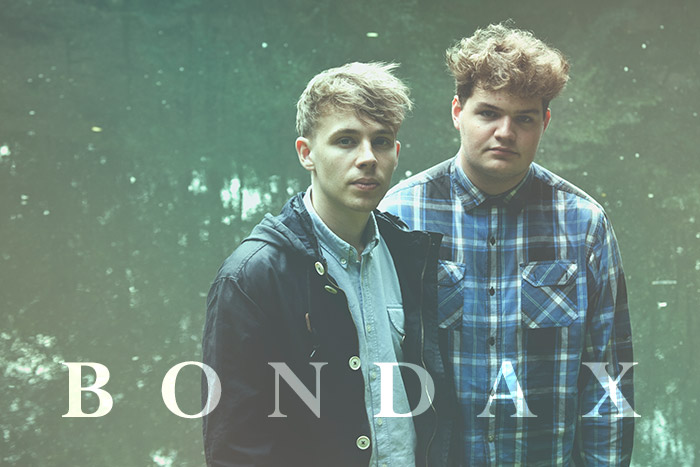 It’s been a foundational year for the youngsters who go by the name of Bondax; rocketing to success with major radio play, touring the world and starting work on an album before either of them near 20. We caught up with George and Adam for a quick chat.

Bondax first came on our radar via their “You’re So” single on Raffertie’s Super Recordings (also known for breaking artists such as Aluna George) back in March 2012, and almost exactly a year later they have become one of the hottest success stories in dance music. It’s actually hard to believe that it’s only been a year and that they have come so far, but at the peak of touring and mid-writing an album we managed to steal them away for 5 minutes to throw a few questions at them …

You guys have been going from strength to strength over the last year. What have been your highlights so far?

Bestival was sick, we played at 4pm in the beautiful sunshine to a packed out amazing crowd, was a lot of fun. We played in Utrecht in December, just after Christmas, and we had a great moment sat by the waterside looking at all the decorations. We also had an amazing moment on the rooftop of our hotel when we played in NYC, it had a panoramic view of Manhattan, that was pretty special!

Are there particular roles that either of you take when producing or DJing?

When we DJ we play back to back; one DJs while the other dances stupidly! However when we make music we have specific roles; George is the producer and I (Adam) am the musician. He’ll concentrate more on the sound and I’ll concentrate more on the melody. That’s not to say that George has never written anything or vice-versa, but that’s the dynamic when we work together.

Talking technicals, what setup are you working with in the studio and playing out? And are there any plans to expand on this?

When we play out we DJ using standard decks, and when we produce we use Logic. We’re planning on a live set by the end of the year, this’ll be all our own songs and gives us a chance to perform the more chilled side of our music.

Production aside, who are your favourite DJs?

You guys seem to like quite story-led music videos, such as the recent one for Gold. Do you have much influence on the direction?

With Gold we really loved the directors other work, so we let him come up with an idea inspired by the track. We’ve got some ideas for future videos that we’re excited to getting working on!

As youngsters in the scene, who or what first got you into electronic music?

George: My cousin took me out and got me listening to people like Pinch and Digital Mystikz around 2005.

Adam: I came to music through playing guitar in numerous bands before teaming up with George.

We’ve heard rumours of an album being made with some help from the Red Bull guys? Are the Red Bull Studios where you do most of your work these days?

Yeah we are currently in the studio writing our debut album. The Red Bull Studios is our base when we’re in London, but most of the tracks are worked on at our houses in Lancaster.

You come from a fairly rural part of the country. How has this played a role in your music, differing from the stuff that comes out of the cities?

It means that we can get away from the trends of the city and just make the music we want to make. It’s nice to live in the country and make music inspired by the surroundings we live in; beautiful landscapes, nature etc.

Lastly; you are noted for being heavily inspired by Soul, R’n’B and Hip-Hop, but also Indie. If you could work with any artist from any of these genres, dead or alive, who would it be?

Bonobo, Erykah Badu, D’Angelo. We could go on and on … 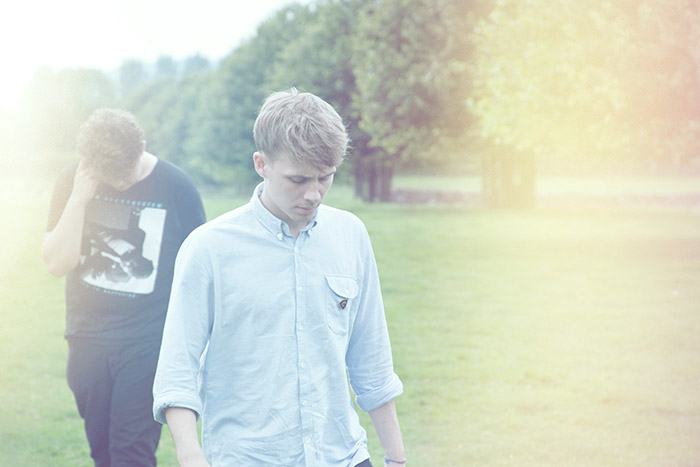