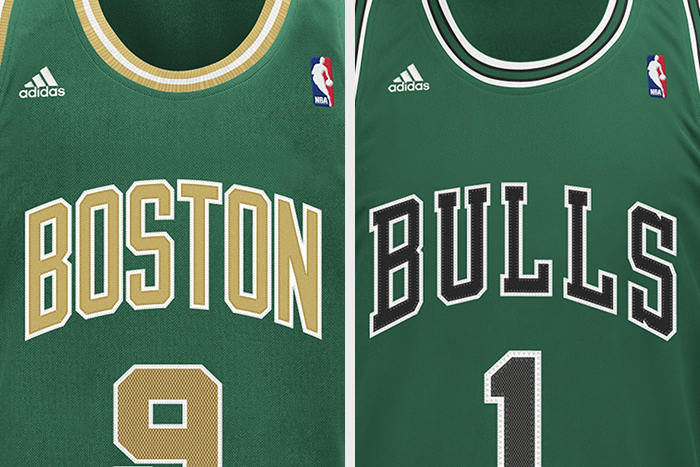 Saint Patrick’s Day is celebrated in various forms and the NBA’s annual festivities always involve a switch up of team uniforms to suit the occasion. Here we have two official NBA St. Patrick’s Day jerseys for 2013.

In the U.S.A Boston and Chicago are two cities inhabited by an abundance of people with Irish heritage. Each year the NBA provides a twist on both city’s traditional jerseys for the St.Patrick’s Day celebrations and the Irish themed makeover is pretty straight forward for both teams. The Boston Celtics’ team colours already represent the city’s history so here the alternative jersey gets a St. Paddy’s twist with hits of gold. The Bulls’ unmistakable white/red coloured jersey gets a complete makeover turning the outfit fully green, which matches the celebrations found in the city itself where the river is died green ready for the 17th March parade.

A perfect way to show some Saint Patrick’s Day love if you’re a C’s or Bulls fan.

Both jerseys are available from the NBA EU store now. 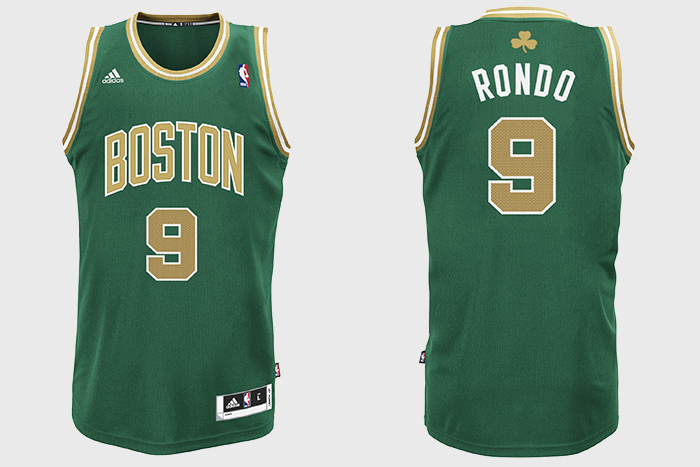 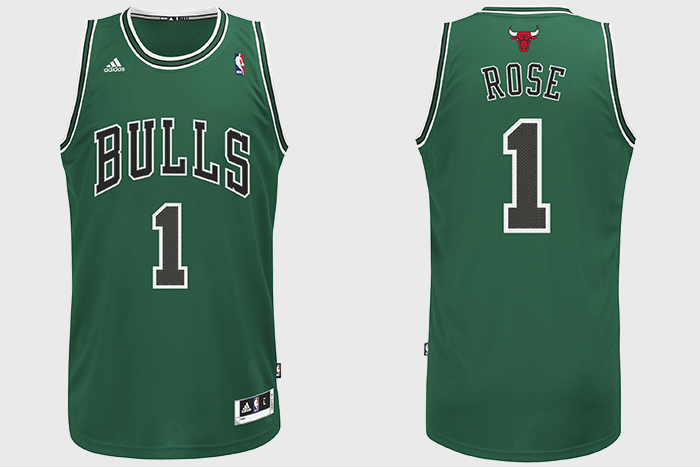