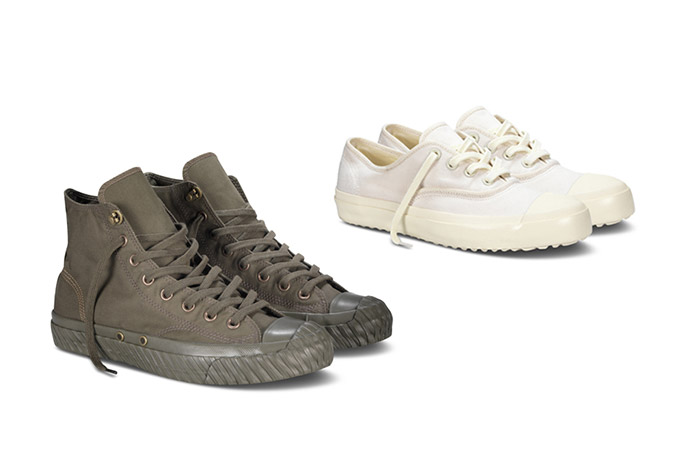 Having showcased the lookbook earlier in the week, we take a closer look at the upcoming Nigel Cabourn for Converse collection before its release this evening.

Nigel Cabourn isn’t often seen to collaborate with others, so when this capsule collection was announced at the beginning of the week there was quite a bit of excitement to say the least. You can read our enthusiastic review of the lookbook for proof of that. Now that the dust has settled we can step back and take a more level headed look at the collection, but the results are still the same. It’s a great capsule collection, a fantastic marrying of the two brands and great move for both.

We all love Nigel Cabourn, but let’s be honest here, most of us can only dream of being able to afford it. We all love Converse, especially when they stick to the classics, but every now and then we find ourselves hoping they’d do something more adventurous that speaks more to the End Hunting Co. consumer rather than JD Sports. Well, here it is.

The use of hard wearing Ventile fabric brings a sturdy appeal to the Chuck Taylor All Star Bosey and compliments the textured midsole and the brass eyelets and D-rings in giving the shoe a strong 1940s military aesthetic. The same rules apply for the Chuck Taylor All Star Speciality Plimsole, with its hard wearing denim outer, canvas lining and British Army P.E. sneaker styling. Nigel has managed to bring WWII British Military styling to Converse without losing the design appeal that make Converse what they are and so popular.

The Bosey drops tonight at End Hunting Co. with a big launch party, with the Speciality Sneaker landing on shelves in June. 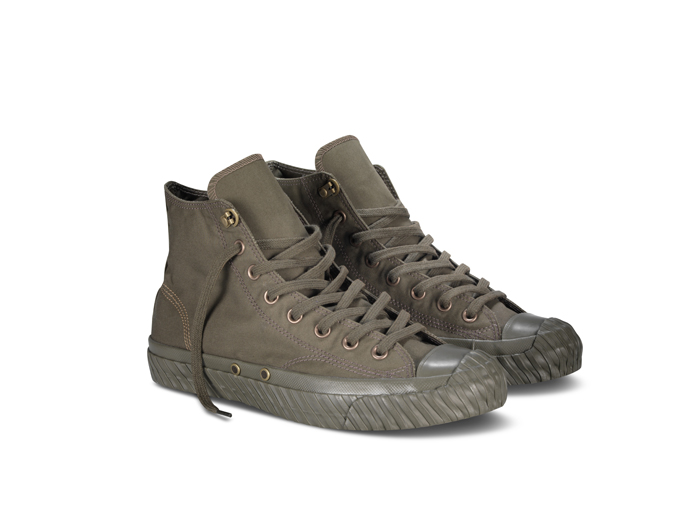 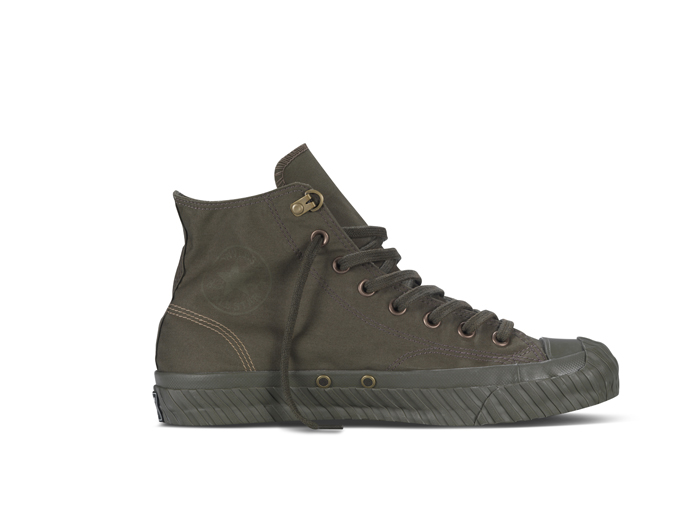 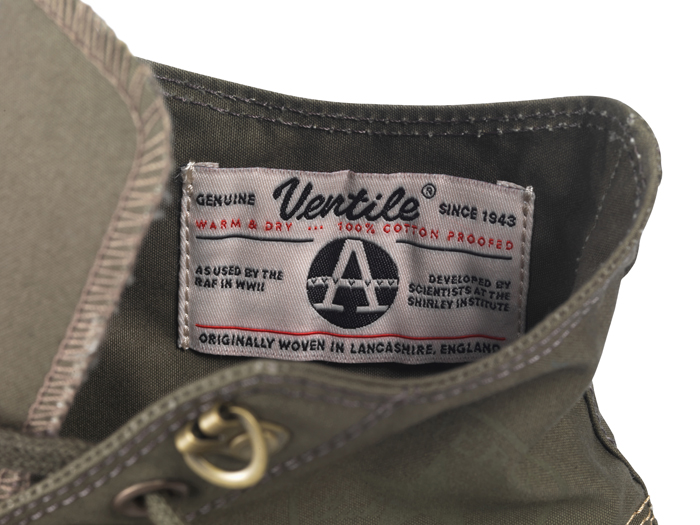 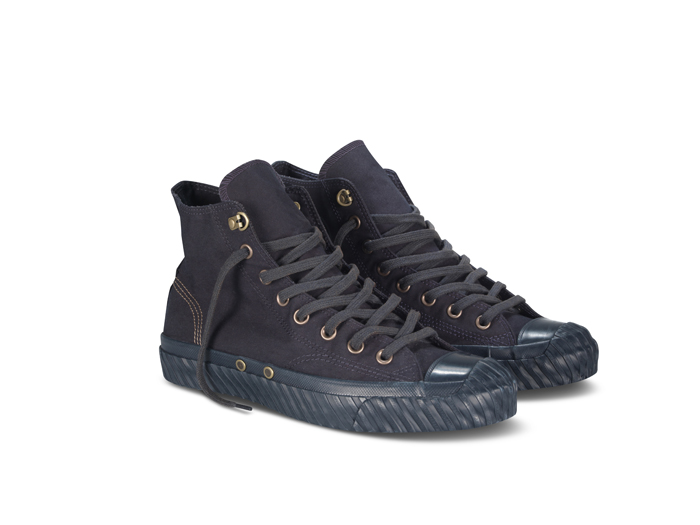 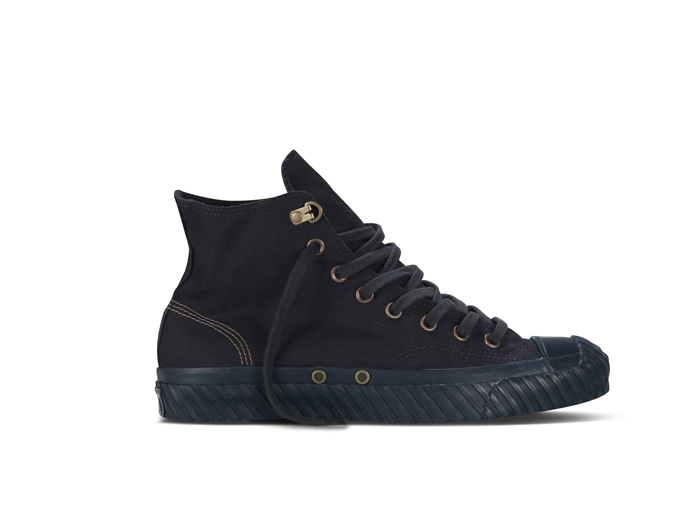 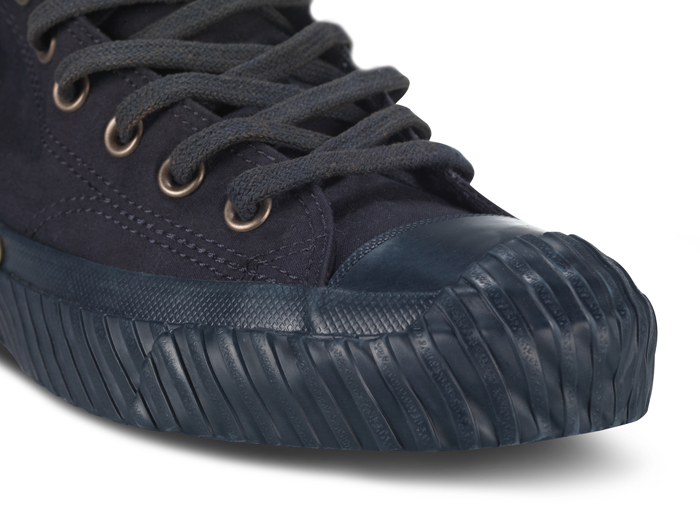 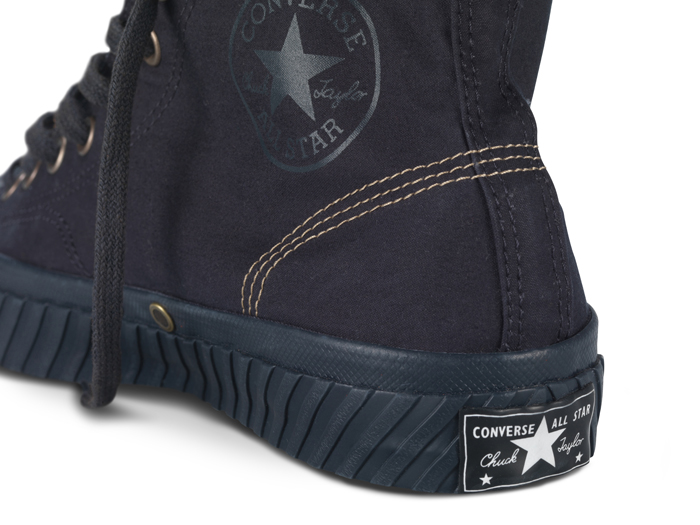 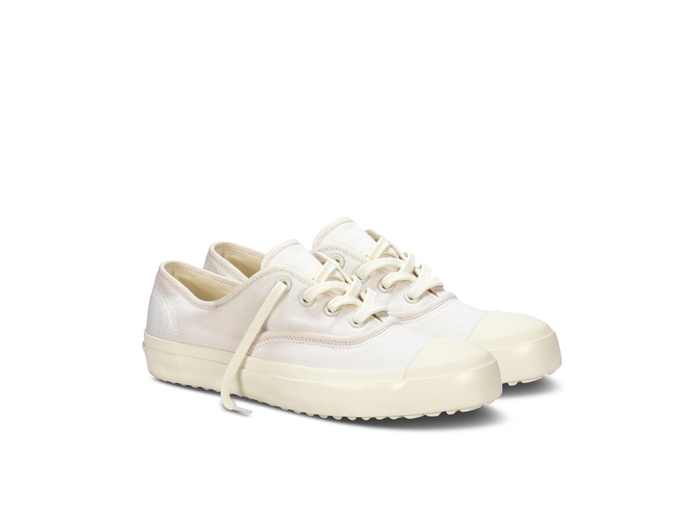 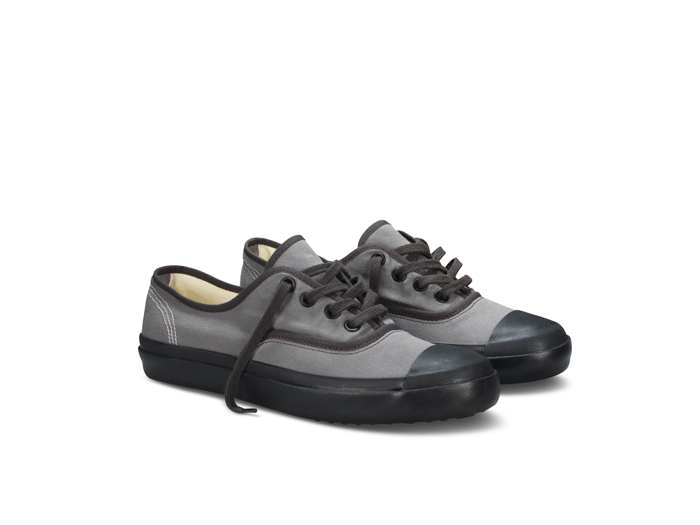 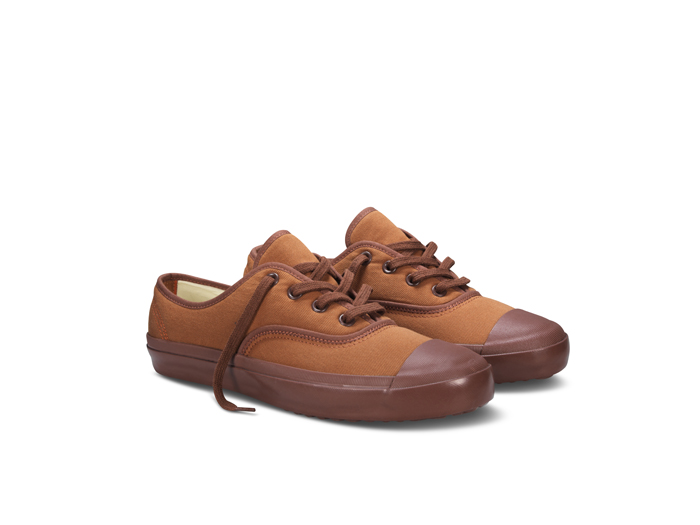 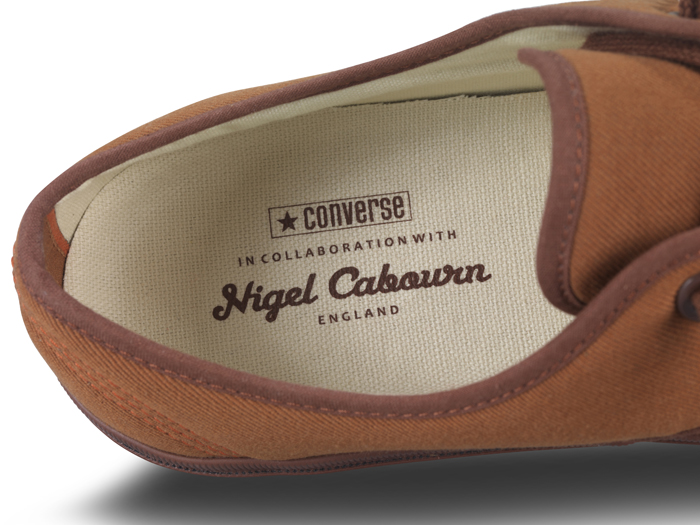