Warning: "continue" targeting switch is equivalent to "break". Did you mean to use "continue 2"? in /nfs/c08/h04/mnt/122689/domains/thedailystreet.co.uk/html/wp-content/plugins/wp-author-box-pro/includes/ReduxFramework/ReduxCore/extensions/customizer/extension_customizer.php on line 442
 Nike 1972 QS 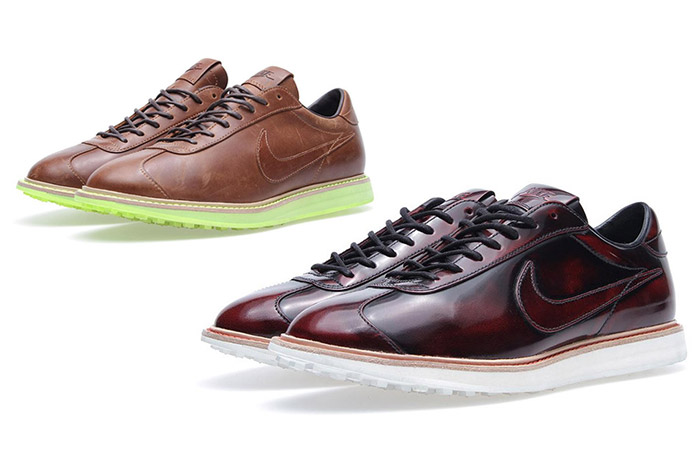 In a rather strange move, Nike have created this formal shoe supposedly inspired by their first ever running shoe; the Moon Shoe.

First, let’s set out some history… Nike first started trading under their new name in 1972, creating what was known as the ‘Moon Shoe’ with it’s iconic Waffle Sole. The Swoosh had actually featured previously in 1970 on a football shoe called the ‘Nike’ created by Blue Ribbon Sports (the distribution company that birthed Nike), but Nike as a brand was not created until the arrival of the Moon Shoe in 1972. The Waffle Sole first featured on the Moon Shoe was actually invented using a waffle iron in Bill Bowerman’s garage in a moment of inspiration, but didn’t gain worldwide success until the introduction of the Waffle Trainer to the mass market in 1974. Now, apparently this 1972 shoe is inspired by the Moon Shoe, but if I’m being honest it seems to have taken its direction from the Waffle Racer, looking nothing like the Moon Shoe and very much like the Waffle Racer. Both are pictured at the bottom of this post. Perhaps this shoe should have been called the 1974 QS?

Regardless of which sneaker this shoe takes inspiration from, the point remains that it makes direct reference to Nike’s earliest years. What is even more strange about this piece of footwear is that to pay homage to one of sports biggest innovations, Nike have created a formal shoe. Perhaps the 1972 has been created in order to wear to a ceremony or something similar, but it’s definitely an oddball. It reminds me of the Nike Clog, an internal gift that was sent from Holland by the newly appointed European salesman Rob Strasser to 30 key Nike folks back in Oregon in 1981. These clogs are now sneaker folklore and there’s a certain type of collector / Nike obsessive who would kill for a pair in their collection. For some reason, I can see the 1972 becoming a similar oddity in Nike’s history, settling nicely into the ‘obscure’ corner that only real archival collectors love. Who knows, perhaps the recent popularity of the Cole Haan LunarGrand and its not so welcome ripoff by Office will have opened the door enough for this shoe to be accepted? However, part of me wants the 1972 to slip into obscurity and become a noted moment … no offence to the shoe.

The Nike 1972 Quick Strike drops in limited numbers at End Clothing this Friday 19th April for £119 a pair in both Deep Red and Dark Brown. 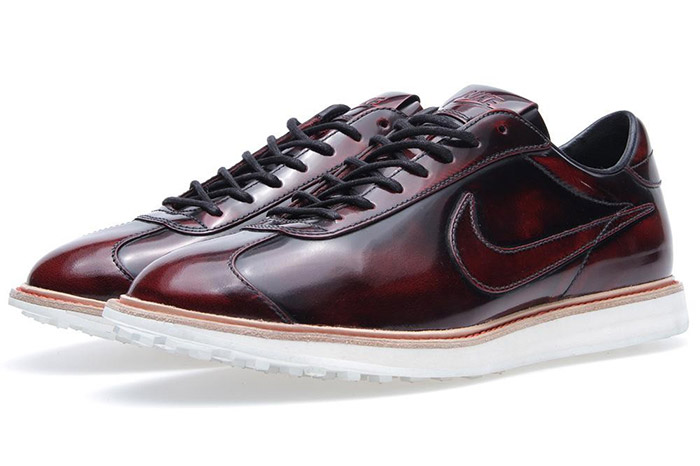 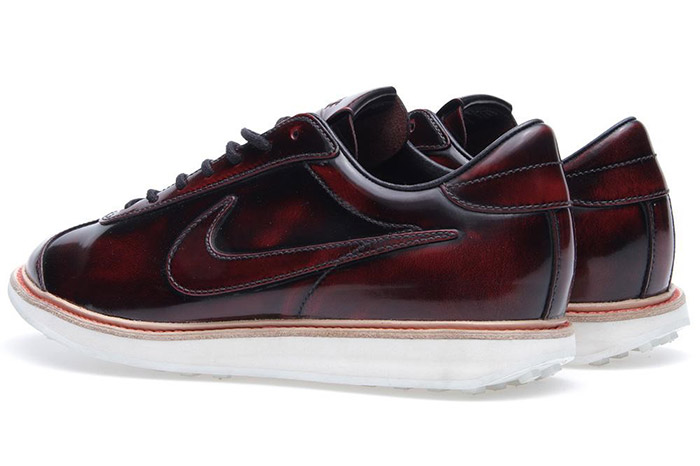 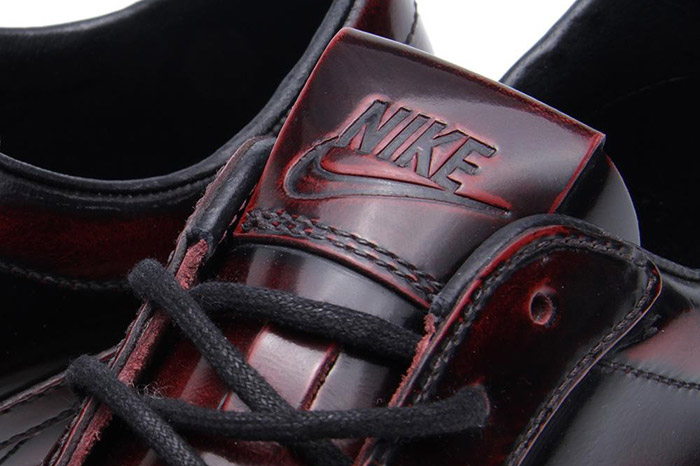 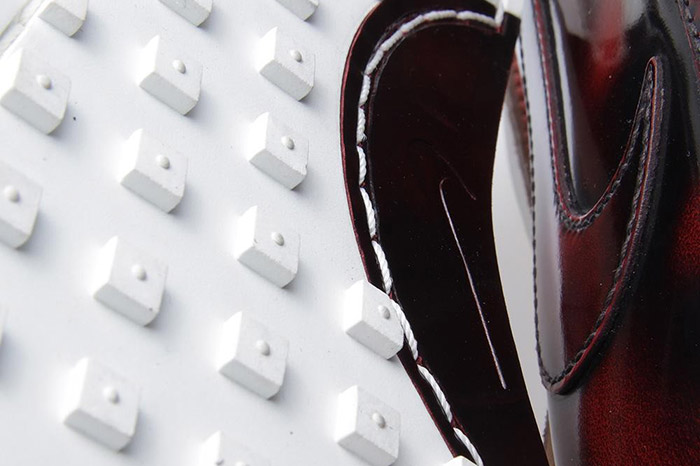 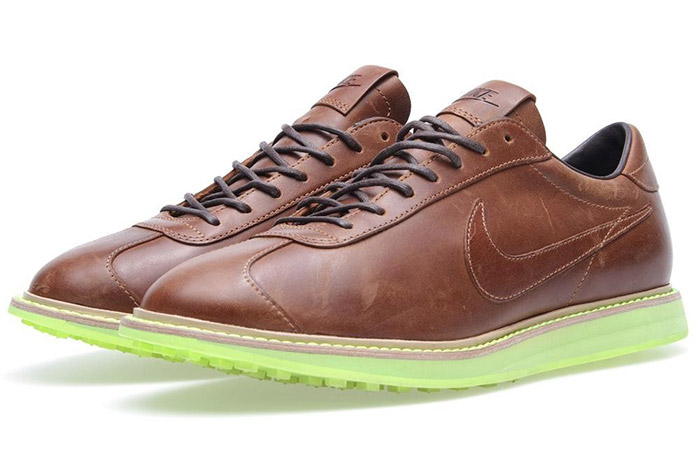 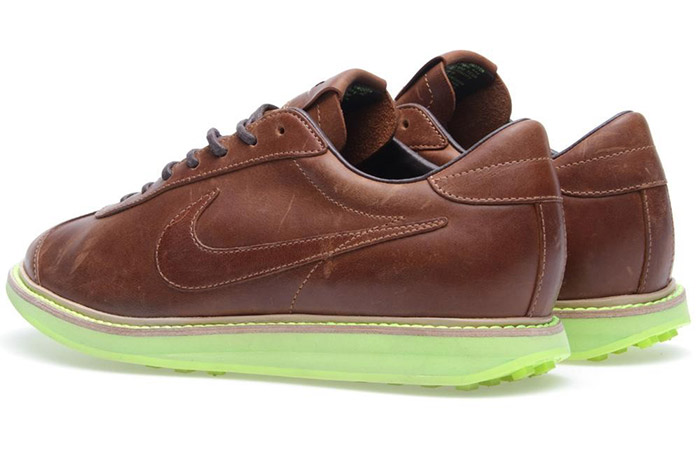 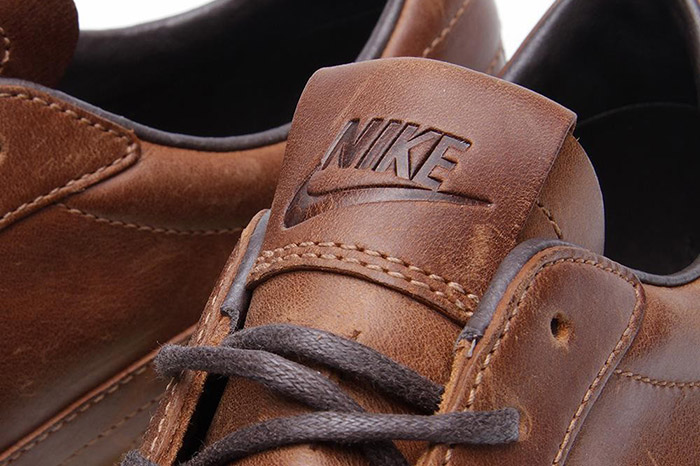 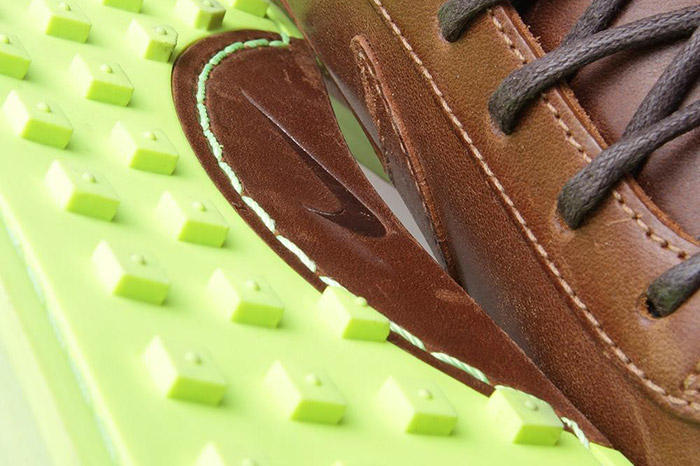 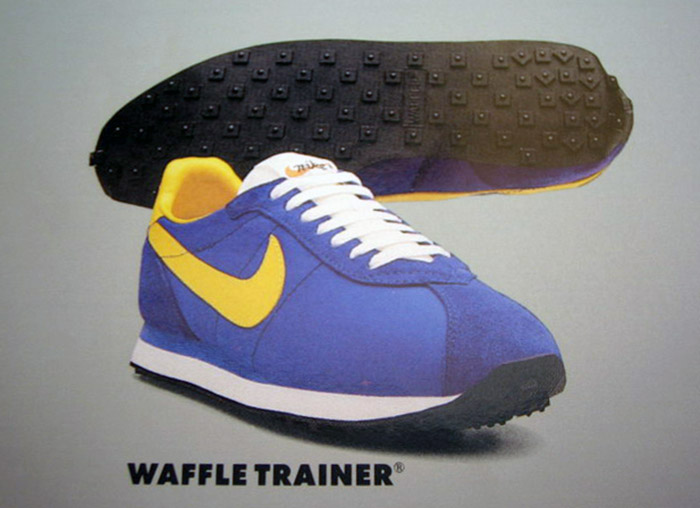 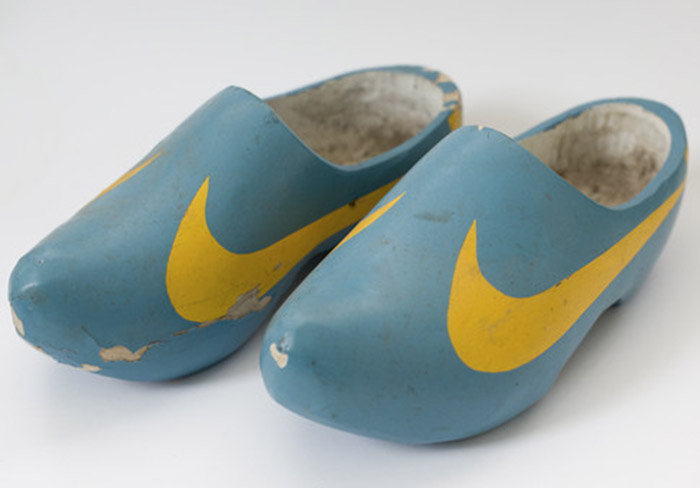