Warning: "continue" targeting switch is equivalent to "break". Did you mean to use "continue 2"? in /nfs/c08/h04/mnt/122689/domains/thedailystreet.co.uk/html/wp-content/plugins/wp-author-box-pro/includes/ReduxFramework/ReduxCore/extensions/customizer/extension_customizer.php on line 442
 Recap: Nike SB Eric Koston 2 launch @ 1948 London A few weeks back Nike SB celebrated the launch of the Koston 2 along with the majority of the UK’s skate scene and Eric Koston himself in true Eric style … with mini golf.

It’s quite well known that Eric is a big golf fan, but Nike SB have really taken this to heart with the activity surrounding the Koston 2. He’s been playing golf to promote the shoe, Tiger Woods featured in the promo video, there were Eric Koston branded Nike Golf tops, golf clubs and golf balls, as well as a limited edition golf inspired IT version of the shoe itself (shown below). Nike have also just announced the Koston 2 Spike, which is a full on golf shoe made from the Koston 2 upper. Maybe he’s losing his marbles in his old age or maybe he’s a genius? Who knows. It makes for a great looking and great feeling shoe none the less.

Koston has never been one to shy away from brave design moves, especially with his footwear. Dig through his extensive archive of pro skate models and you’ll find some of the best skate shoes ever made – a lot of which were thought of as ugly or wrong by many when they first dropped. Time has proven those people wrong. History was also at the core of this event, with posters depicting the 20 years that Koston has spent in the skate game, mapping out his particular styles throughout the era. Unfortunately, and for obvious reason, there was no mention of any other brands on any of the posters, which is a real shame seeing as his footwear with és really changed the game and most of it was inspired by Nike shoes anyway. You could even credit Koston with having the majority of influence when it comes to marrying sneaker culture and skate culture. But, we wouldn’t expect Nike to print posters promoting és products (so we’re giving it the due mention here).

Somehow, with the combination of skaters, mini golf, pizza and free booze, 1948 London didn’t get destroyed. It’s a miracle. What did happen was a damn good night with a real friendly vibe and a lot of good old fashioned fun (all be it a little competitive amongst golfers at times). 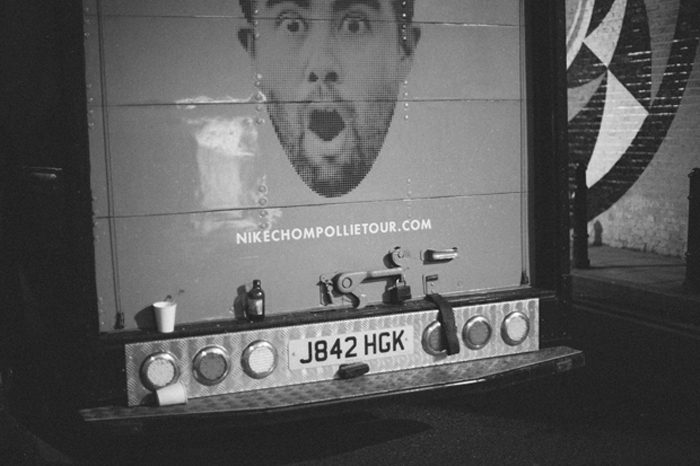