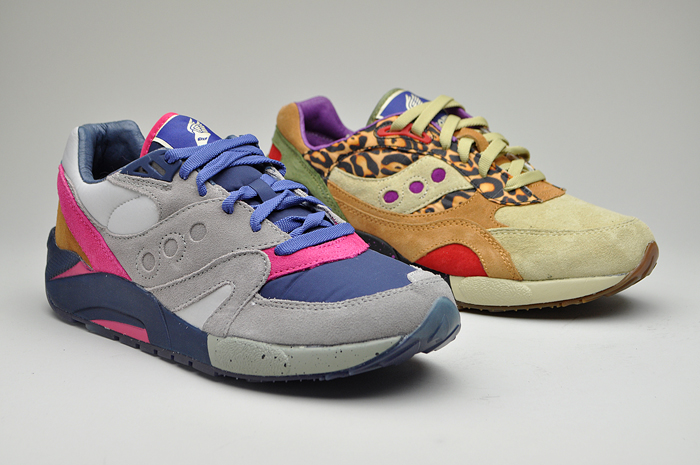 Saucony have solidified their presence within the footwear collaboration realm with over the last few years or so with some effective efforts from the likes of Solebox, Hanon and Bodega. A few months back Boston’s premier footwear store Bodega teamed up with Saucony to create an interesting collaboration project which blended elements of classic saucony designs to create a regenerated concept, now known as the Elite G9. That theme continues on part two of the Elite G9 series with an intriguing mix of patterns, colours and cut and paste design utilised once again.

First up is the G9 ‘Control’ with its blend of grey, blue and cyan application on the upper. The iconic Grid 9000 outsole is fused with the upper of the Control, a configuration that lends well to each other due to the slimline look of the Control and the superior support and comfort of the Grid 9000. The shoe is constructed of durable suede and mesh panels, a tried and tested combination that has lifestyle appeal. As with the first design mentioned, the second takes advantage of the exceptional performance of the Grid 9000 outsole for its foundation, paving the way for the distinctive Shadow 6 upper formation. It’s a garish affair with the Shadow 6’s bulky exterior accented with overlays of leopard print ripstop panels and contrasting sand and olive suede hits.

This feels like an effort to counteract all the subtle, reserved and sleep inducing collaborations that currently seem to be so prominent. Kudos to Bodega for having some fun on this one. 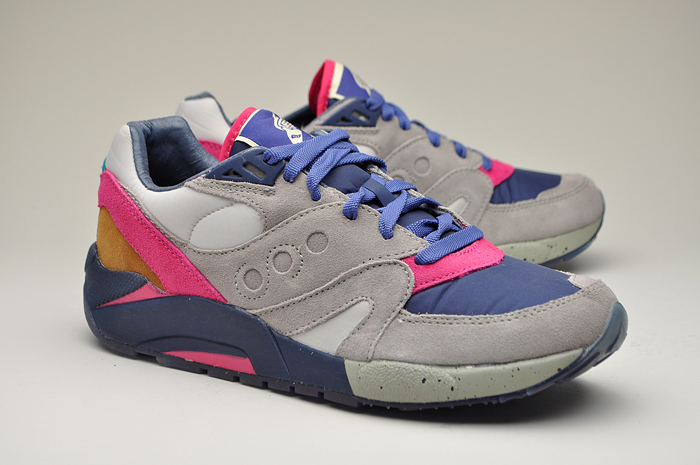 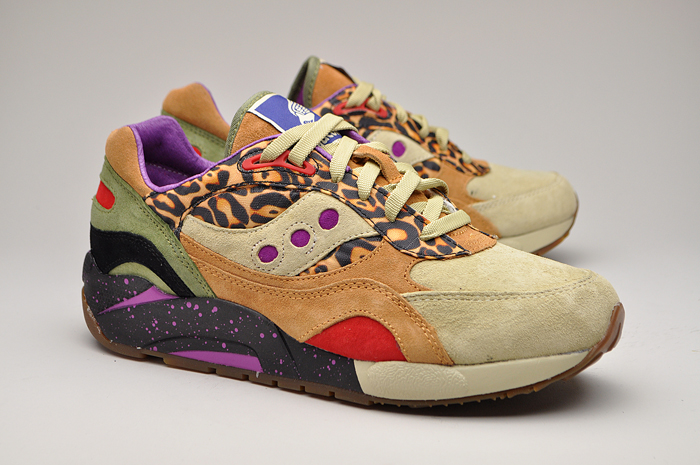