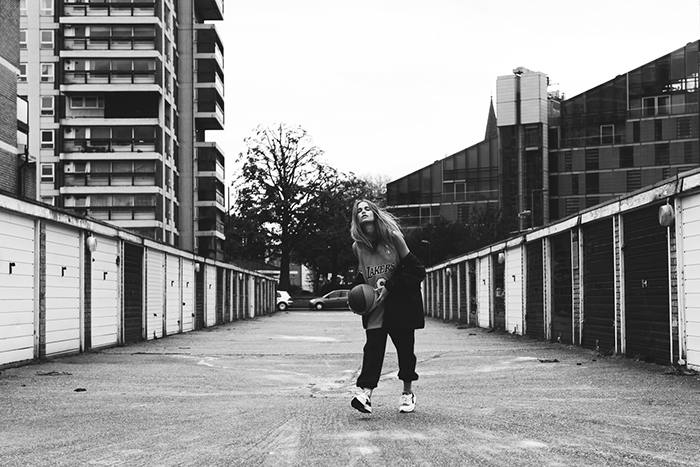 Once again we get an exclusive first look at the shoot in full, having debuted the first shoot in the series titled “Girls in Print” (a focus on Penfield) last month. This shoot sees Rebecca once again stick to black & white photography and the contrast of a beautiful young girl set against the backdrop of London tower blocks, this time in Battersea, perhaps to highlight the femininity of the girl in question or to empower her, or maybe even both. Either way, it’s a combination that works very well and I’m sure we’ll see it echo in the last two parts of this four part series. Once again, Hayley’s masculine infused styling manages to portray a strong, boisterous attitude that still some how remains feminine, empowering the model’s traditional feminine appeal and complimenting Rebeccas choice of location.

Yet again, it’s another cracking shoot from this duo and the team involved and it proves that not only was the last shoot not a fluke, but that we have plenty to look forward to with the next two sets as and when they appear. It’s also worth mentioning that it’s a well timed shoot, focusing on Champion as they begin their come back in Europe, staying true to their heritage and sportswear appeal (NB. the Lakers top is OG, not new). Another great success from this exciting duo. 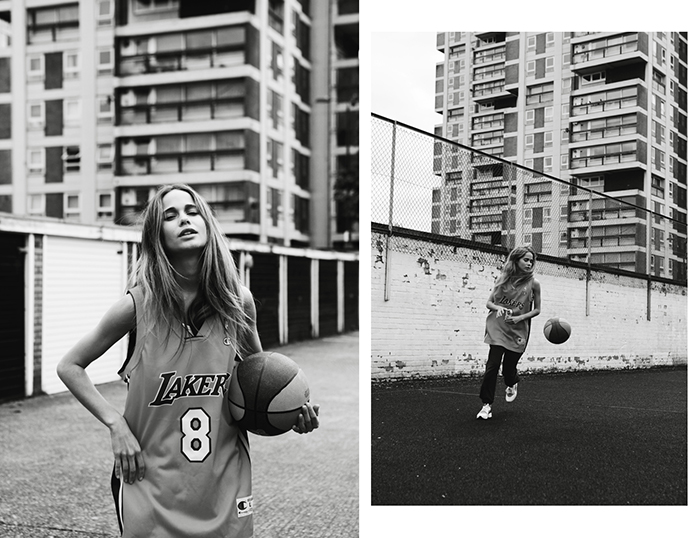 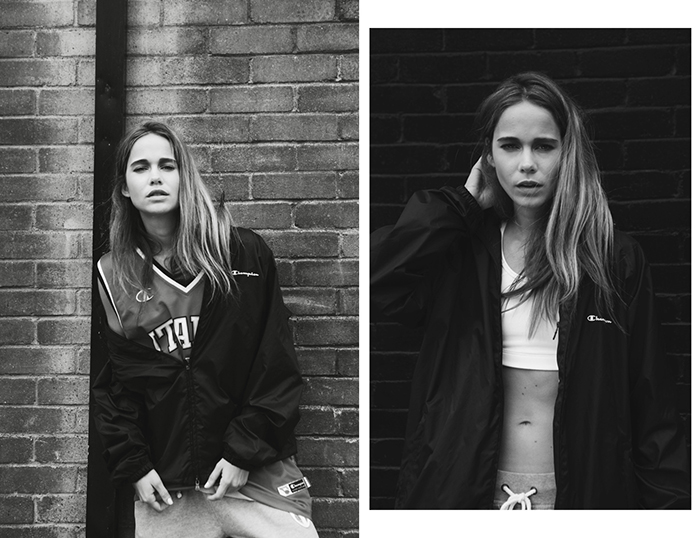 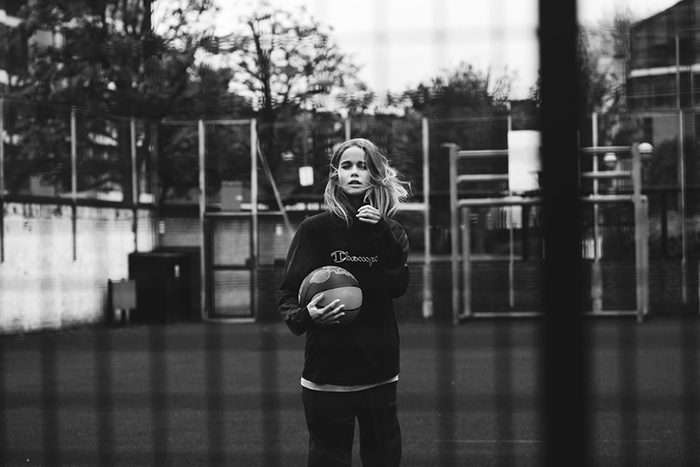 “Hot Girl Summer in the City” by Joshua…

Insa ‘Girls On Bikes’ Series One