Warning: "continue" targeting switch is equivalent to "break". Did you mean to use "continue 2"? in /nfs/c08/h04/mnt/122689/domains/thedailystreet.co.uk/html/wp-content/plugins/wp-author-box-pro/includes/ReduxFramework/ReduxCore/extensions/customizer/extension_customizer.php on line 442
 Music Monday: May Week 3 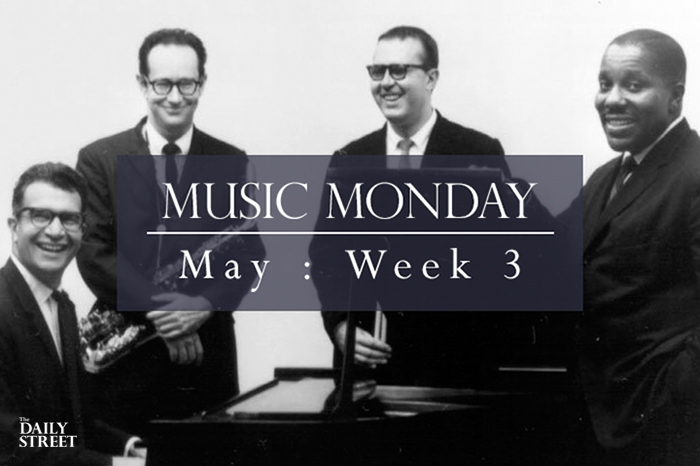 As a new weekly feature we’ve decided to start letting all of you know what we’re listening to in the office. Between all of us at The Daily Street our musical palette is fairly varied, hopefully this means you will have an interesting time finding out what we nod our heads to from week to week. This week includes the likes of Head High, Michael Jackson, The Weeknd and The Dave Brubeck Quartet.

“Head High is a moniker by Shed, an artist who usually is caught stomping out Techno bangers. Under this guise, Shed comes up with some particularly nostalgic sounding beats. Both powerful and soulful.” – Luke

Michael Jackson – They Don’t Care About Us (LP Edit)

“I only discovered this LP Edit of Michael’s classic They Don’t Care About Us a few months back and it’s been seeing regular rotation since. Proof that he was well ahead of this time – sounds like a progressive slow house edit.” – Alex

“I’ve been smashing the Outboxx album recently and this tune just sums them up for me. It’s perfect for a sunny day.” – Alex

“I’m a newcomer to Jazz music and it’s something I’ve been exploring more over the last few months. This Dave Brubeck Quartet record, ‘Brubeck Time’, has been doing it for me this week. It has a blend of frenetic and soothing jazz songs, great for background music while working during the day and for relaxing in the evening. It’s not as pretentious as it all sounds, I swear…” – Chris

“I just returned from Converse’s first CONSspace event in Barcelona – a combination of skateboarding, street art and music in a disused area of the city’s industrial docklands. Crocodiles, The Bots and Black Lips all played the day, but Spank Rock was something special. Will definitely catch him on his next visit to London.” – Adam

“This tune has been stuck in my head since I first reviewed it back in February. Video is dope as well.” – Alex

Kahn and Neek – Chevy / Thief In The Law

“This pair from Bristol are really bringing it back for instrumental grime. Laced with energy and aggyness this release is out on 12″ today and should fly off the shelves in the jiffy. Pure fire.” – Luke

“A friend recently turned me on to this Essex production duo and told me to expect big things. Plenty of vintage synths and guitars with a bit of Kavinsky and Daft Punk about it. Pure 80’s vibes named after a car dealership.” – Adam

“Featured in a review by Alex a couple of weeks ago, this reworking of Destiny’s Childs classic ‘Say My Name’ is not just a simple new beat with a classic vocal slapped on top. Real has built an excellent disco track around the original vocal creating a brilliant new piece of music.” – Luke