Warning: "continue" targeting switch is equivalent to "break". Did you mean to use "continue 2"? in /nfs/c08/h04/mnt/122689/domains/thedailystreet.co.uk/html/wp-content/plugins/wp-author-box-pro/includes/ReduxFramework/ReduxCore/extensions/customizer/extension_customizer.php on line 442
 Music Monday: June Week 1 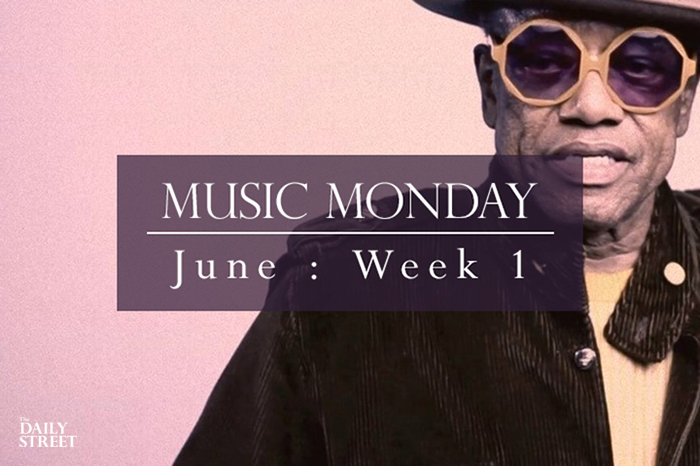 We’re back for another edition of Music Monday, the round up of music our team have been tapping a foot to over the past week. This week includes the likes of Bobby Womack, Le Tigre, Miles Davis, Basement and Slayer.

“Based in northern California, Whirr remind me a lot of MBV but with a twist of west coast energy. They’re a band that seem to be adding to, rather than repeating, the shoe gaze sound and I’m really in to it.” – Chris
–

“Been re-listening to this classic 1999 album this week. These guys were so good and still are – the raw sound of this album still sounds relevant today. The opening track Deceptacon will forever be tied to skateboarding for me.” – Alex
–

“This song captivates me and I listen to the album “Kind Of Blue” a lot.” – Chris
–

“Kowton is one of my favourite producers and his collaborations always work so well. Here we see him working with another great artist, Julio Bashmore. The great thing about this track is that you can hear both producers signature sounds shining through harmoniously.” – Luke
–

“With the recent news of Slayer guitarist Jeff Hanneman passing, I’ve been listening to some of their music again. You can’t listen to this one loud enough.” – Chris
–

“From the Bravest Man In The Universe album. Such a good commute to work song, chilled and goes perfectly with the nicer weather we’ve been seeing” – Grizzle
–

“I’m not even guilty about liking this! When Timbaland and Timberlake come together something really good happens. I’ve been doing a fair bit of travelling this weekend and this album has made them journeys seem a whole lot shorter.” – Luke
–

“My favourite song off their swan song record ‘colourmeinkindness’. This song demonstrates the excellent song writing capabilities of this band and the guitar tone is something to behold too.” – Chris
–

“This video hit the web last week and I’ve already given it a couple plays, all 2 hours of it. Not only is it fascinating to see how clubbing was right at the very beginning, but the track list is epic. RIP Paradise Garage.” – Alex