Warning: "continue" targeting switch is equivalent to "break". Did you mean to use "continue 2"? in /nfs/c08/h04/mnt/122689/domains/thedailystreet.co.uk/html/wp-content/plugins/wp-author-box-pro/includes/ReduxFramework/ReduxCore/extensions/customizer/extension_customizer.php on line 442
 Music Monday: June Week 2 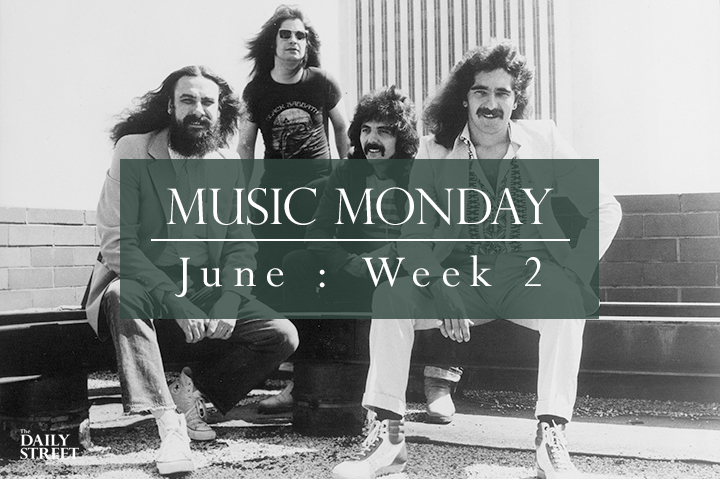 Another week starts and we bring you another round up of the tunes we’ve been listening to. This week features the likes of Palace, Black Sabbath, Lorn and Wu-Tang.

“The whole album. Almost as good as 36 Chambers, almost!” – Grizzle

Rage Against the Machine – People Of The Sun

“From the Evil Empire album. One of my favourite Rage tunes and albums. No one ever seems to mention Evil Empire when talking about Rage – extremely underrated album.” – Grizzle

“Shamefully, I have only recently discovered the work of Herbert, but he’s now one of my favourite artists from the ’90s. It’s hard to believe this is a jam from 1996 – sounds like it could quite happily have been released last week.” – Alex

“I dug this one out after WNCL did our latest mix. Used to play this so much in my sets and it’s still a banger today. Good use of a Blondie sample as well.” – Alex

“Been giving this one some good rotation again lately. Really love the raw nature of all the sounds in this tune. Palace on top form.” – Alex

“The sounds in ‘Ghosst(s)’ are nothing like I’ve heard before and the dark feel of it sounds so great against the melodic vocals and eerie chords. I have no idea what goes on in Lorn’s mind when he is creating music but I love his output.” – Chris

The Cinematic Orchestra – Night Of The Iguana

“I don’t really know what to say about this song other than that it’s like being taken on some kind of journey. Sit back and take it all in. ” – Chris

“I’m a big fan of Cold World and love how they blend the musical ideas of west-coast hardcore and hip-hop together. ‘Boom Bye Bye’ is a fine example of that tough and sluggish sound they’ve become known for.” – Chris

“God Is Dead? was the first cut to release from Black Sabbath’s new album ’13’, and it’s had me amped to hear what the world’s most influential metal band have in store for their return since it started doing the rounds in April. Sabbath will always and forever be a favourite of mine, and I’m looking forward to hearing more from their modern output. 13 is in stores as of this morning” – Suffocake

The Black Dahlia Murder – Into the Everblack

“Keeping things black, I have been waiting for TBDM’s new album ‘Everblack’ to drop for what feels like forever, but it finally released today. Black Dahlia are in my opinion the best modern metal band around, and although I doubt this will be of interest to most of our readers, if, like me, you have a penchant for the darkside, you should definitely consider picking it up.” – Suffocake

“This one has been out a couple of months but I’ve only just played it out in a club. Such a joy to mix and when the track kicks in it’s a certified crowd pleaser.” – Luke

“With all this hot weather we’ve been having I always find soul music is a perfect soundtrack. ‘Hello Stranger’ is a record I inherited from my Father and has to be one of my favourite tracks ever. A classic Atlantic record” – Luke