Warning: "continue" targeting switch is equivalent to "break". Did you mean to use "continue 2"? in /nfs/c08/h04/mnt/122689/domains/thedailystreet.co.uk/html/wp-content/plugins/wp-author-box-pro/includes/ReduxFramework/ReduxCore/extensions/customizer/extension_customizer.php on line 442
 Music Monday: June Week 4 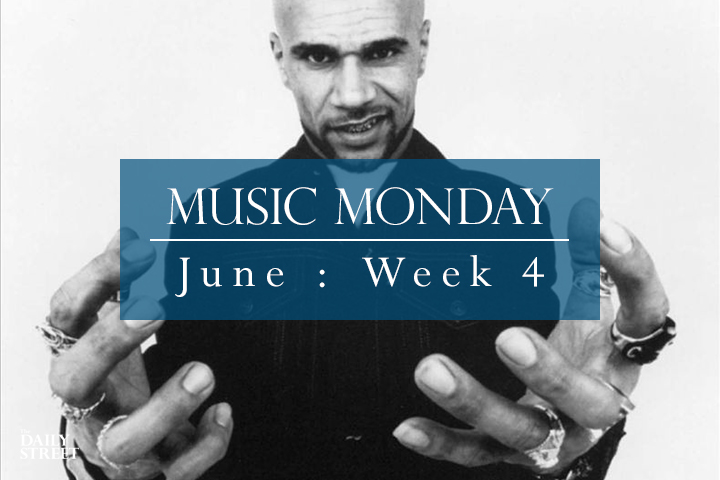 It’s the start of another week and therefore time for another Music Monday, giving us an opportunity to look back on what we were listening to last week here at TDS HQ. This week is just as varied as any other, including the likes of Goldie, Boards of Canada and Danzig.

“Nothankyou got announced last week as a new musical project from Tom Vek and Olga Bell and this track has been stuck in my head ever since. I must have listened to this track at least once every day since first hearing it.” – Alex

“This tune has been seeing some serious rotation at comm•une in East London lately, mainly by the man called Pedestrian and it gets me every time. Solid party tune!” – Alex

“I’ve found myself listening to classic Goldie again this week. It happens every now and then and it’s still some of the best electronic music to come out of the UK in my opinion. Mother is one of my all time favourite tracks, however I refrained from including the 1 hour version.” – Alex

Boards Of Canada – Nothing Is Real

“Tomorrow’s Harvest has been on repeat since I got it the other day and this track stood out to me on my first listen. It‘s very subtle but still contains a catchy melody and rhythm that feels so hypnotic.” – Chris

“Something from a few years back that I’ve had on rotation over the last week. Warpaint’s ‘The Fool’ LP blew my mind when it first came out and I still listen to it regularly. This track ‘Bees’ is one of my favourite’s off the album, it has a gritty edge that compliments the dark feel of the song.” – Chris

Daylight – Around The Railing

“I’ve been a fan of Daylight since I heard ‘Sinking’ around two years ago and they’ve impressed me with each new release ever since. I anticipated that their first full-length album ‘Jar’ was going to be either ok or amazing and thankfully it was the latter. Around The Railing is a phenomenal piece of song writing. It just builds and builds and finishes the album off in a way I couldn’t of imagined.” – Chris

“Ever since I first found The Misfits at about 14, I’ve been waiting for the opportunity to see Glenn Danzig perform under the Misfits banner that he left behind in 1983. Tonight, as part of his 25th Anniversary Tour, Danzig will take to the stage of Camden’s Roundhouse alongside original Misfits guitarist Doyle and perform a set of Misfits classics. Can you tell I’m excited?” – Adam