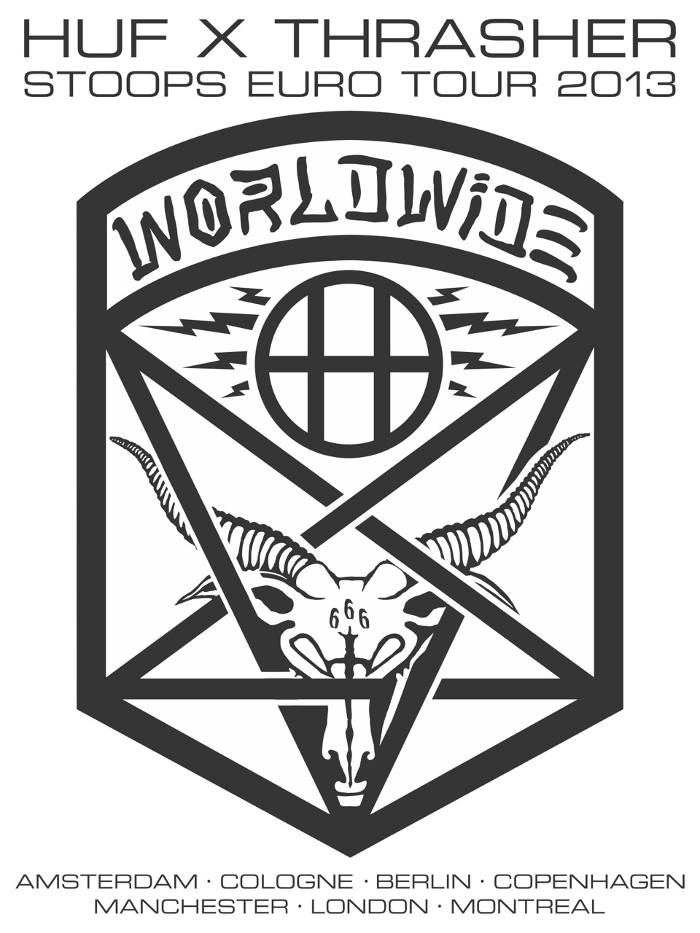 Two mighty forces collide as HUF announce a European-wide skate tour in collaboration with Thrasher Magazine, taking in stops in Amsterdam, Cologne, Berlin and Copenhagen, as well as paying London and Manchester a visit.

Entering the UK on the weekend of the 17th/18th August and finishing up on the 20th, the tour will include two stops in the UK and a few other surprises. Full details are yet to be released, but you can expect riders Josh Matthews, Kevin Terpening, Brad Cromer, Dan Plunkett, Joey Pepper, and Peter Ramondetta to be in tow, alongside the eponymous host Keith Hufnagel and new additions to the HUF roster Dylan Rieder and Austyn Gillette.

We have a feeling this is going to be a big deal. Stay locked for more info shortly, but for now head to HUF for more from the brand