Warning: "continue" targeting switch is equivalent to "break". Did you mean to use "continue 2"? in /nfs/c08/h04/mnt/122689/domains/thedailystreet.co.uk/html/wp-content/plugins/wp-author-box-pro/includes/ReduxFramework/ReduxCore/extensions/customizer/extension_customizer.php on line 442
 Music Monday: July Week 5

It’s been a long month and we are into the final week of our Music Monday selections for July. This week features the likes of Nas, dBridge, Koreless, Radiohead and Defeater to name but a few.

We’ve also changed the layout of our Music Monday posts this week, making use of YouTube’s playlist feature. From now on you’ll be able to play through the entire week’s selection by simply hitting Play All on the player or alternatively you can pick a track using the thumbnails at the bottom of the video (just click the name of the playlist or the little playlist symbol at the bottom right of the player above).

“This tune is one of the most catchy (and deservedly so) tunes I have ever heard. Brassica is so sick and I’d strongly advise going and see him playing with his synths live if you ever get the chance.” – Alex

“I remember exactly where I was when I first heard this tune; in the darkness of FWD at Plastic People (before the revamp). Skream was finishing his set and dBridge had actually opened up the night. Skream ended on this tune and I don’t think I’ve ever been more of a fan of DnB as I was right then, which considering I’d stopped listening to the genre as much a few years back was saying something. dBridge is still a musical hero.” – Alex

“I’m very fortunate to have some incredibly talented friends and one of them is the ever impressive Koreless. This boy just nails it every single time. He knows how to shop like a king as well haha.” – Alex

“So good, the first track sets the standards very high and doesn’t disappoint throughout. Not been listening to anything else.” – Grizzle

“Defeater are easily one of the best hardcore bands at the moment. Their latest release. Letters Home, is out now and is probably their strongest release yet. However, I always end up listening to Lost Ground.” – Thom

“Mike Kinsella is coming over to the UK and hopefully this time he will make it beyond the airport. The guy and his brothers helped invent a whole branch of emo music in the 90s and the guy just keeps getting better with age.” – Thom

07. Radiohead – Packt Like Sardines In A Crushd Tin Box

“Amnesiac and a lot of other Radiohead albums have been on regular rotation for me this week. I never really appreciated Amnesiac, but recently found myself listening to it more than usual. This opening track sets the tone for the rest of the album, a weird and wonderfully ambient soundscape. It’s an interesting journey from start to finish.” – Chris

“This isn’t just my favourite hip hop album, it’s my favourite album. Someone once told me: Before you can dub the album your favourite, every track should have been your favourite on the record at least once. Illmatic is the first album where I have experienced this. The video I have chosen is Q-tip talking about working with Nas on Illmatic and he plays an unreleased version of Sittin In The Park.” – Luke

“It seems most of the house music I’m listening to at the moment is slightly off key and weird. That’s probably how I’ll safely describe this great record by Edward. It’s got a really eerie, haunting, dreamy atmosphere that really resonates.” – Luke 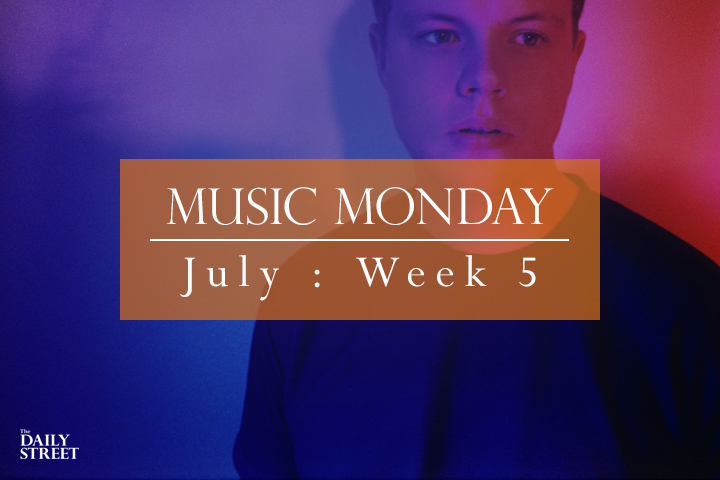