Slam City Skates announce a new collaboration with Vans Syndicate on two colours of the Derby “S” model  – a low-top vulc shoe built to skate. The shoes will release tonight at an in-store event at the shop’s East London location.

The Derby “S’ is a classically styled vulc shoe with a one-piece vamp with additional stitched quarter and heel panels. Slam have chosen a sartorial focus for the two models, both with premium leather uppers embellished with wingtip detailing on the vamp and brass and copper eyelets respectively. The Derby “S” will come in both tan and white leather options, and although there’s a strong ‘style’ element to them both, they are most definitely made to be skated. The people at Slam put it best themselves:

“Designed to look good on and off a skateboard. Buy them and bash them up”.

Both styles will be able to purchase at the launch, which will also show an edit of Slam team members and family road testing the shoes on a few days cruising London’s streets. For further reading, direct your browsers to Slam City Skates and Vans Syndicate. 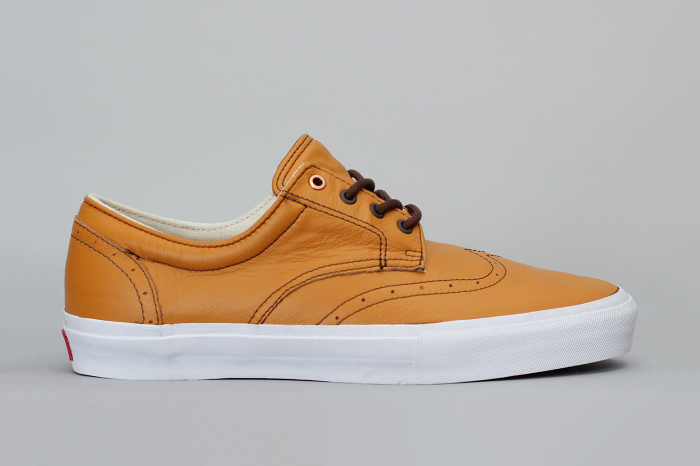 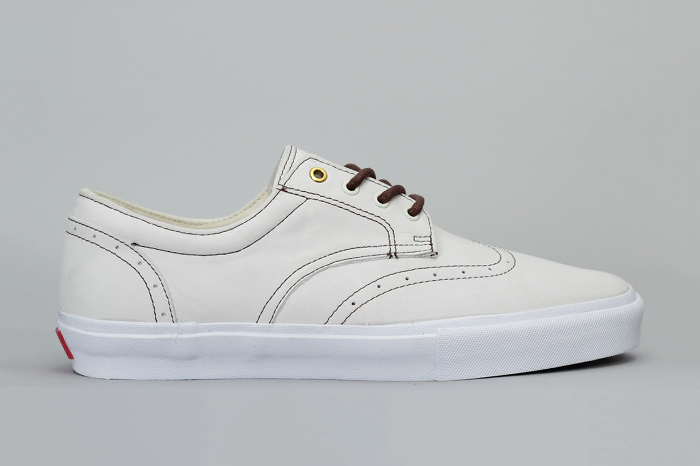