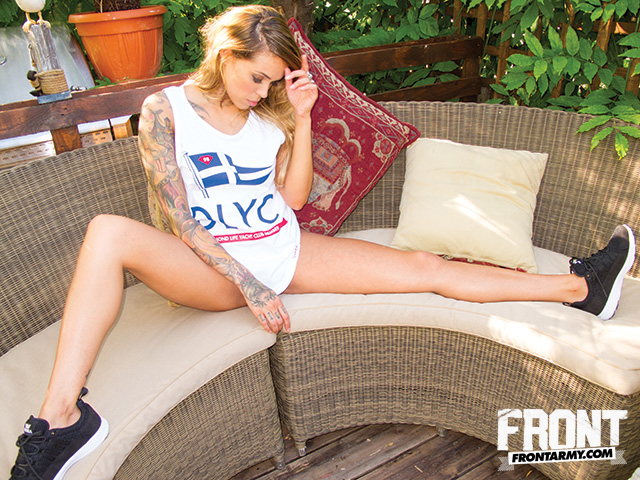 FRONT magazine enlist their “first lady of ink” and one of our favourite models Arabella Drummond for the cover of their latest issue and we’ve got some exclusive images.

For most guys Arabella has it all; the looks, the ink and most importantly a solid sneaker collection. FRONT issue 185 focuses on tattoos, so it’s only logical that they get in their good friend Arabella for the cover shoot as well as to guest-edit the mag. We’ve got some exclusive shots from the shoot below, along with the cover itself. Here’s what the folks at FRONT had to say about the issue …

“For our tattoo special, we thought there was nobody better to get in as guest-editor than Arabella Drummond. She helped us collate a list of the sexiest tattooed women in the world, and if that wasn’t enough, did probably the greatest cover shoot the world has ever seen.”

Make sure you pick up a copy for yourself to see the shoot in full and read the interview. More info on what you can expect inside the issue over at FRONTarmy.co.uk 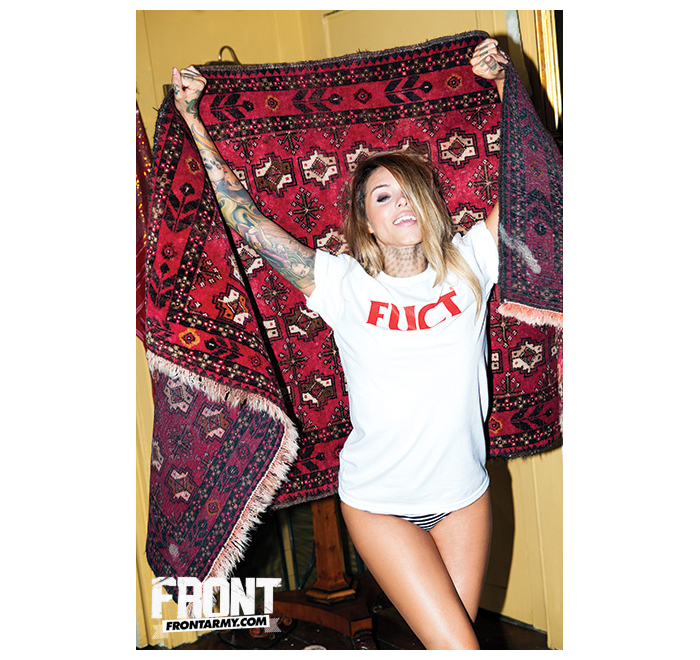 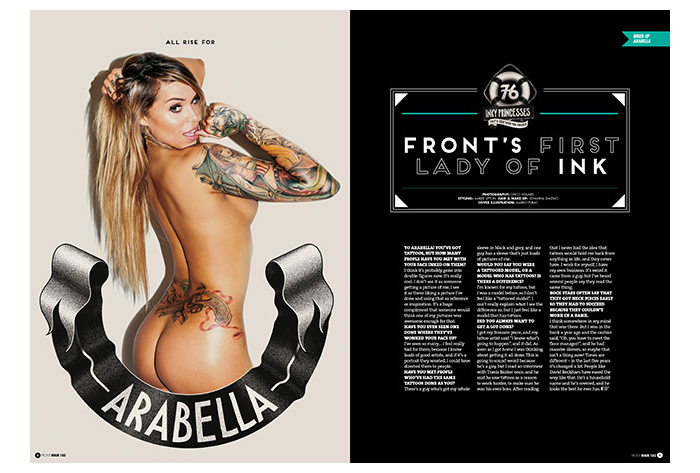 The Rig Out Issue VI