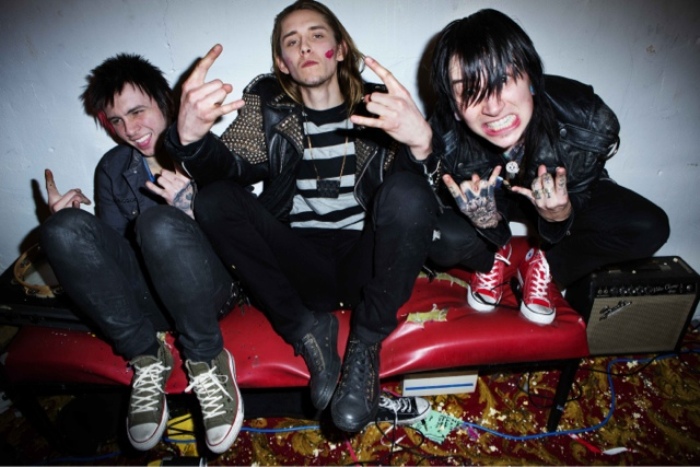 Converse launch their new Get Loud campaign by taking over London tattoo parlour and gallery space The Circle for a month of activity, including live performances and plenty of tattooing.

The campaign surrounds the Converse All Star Chuck Taylor Rock Craftsmanship range – an update on the classic Chuck Taylor with leather, studs, zips and distressed washes

The Circle and Converse are offering 60 fans the chance to get tattooed by a number of international artists who will be in residency at the shop throughout August. Artists include Fredrik Reinel, Jethro Wood, Sarah Keeley, Daniel Ronson, and Adrien Edek . Spots are filling up fast, so get in now to secure your space. Aaron Goswell would be the one for me, and there’s a few of his spaces still up for grabs.

Along with a month of tattooing, Converse will also present three live performances in the shop’s basement from 3 bands who carry the Converse spirit and (fittingly) feature some heavily tattooed members. Performance dates are as follows:

If you know the bands you’ll know how chaotic a basement performance at The Circle is likely to be. To be in with your chance of attending the shows or to get tattooed by one of the 10 artists, head to Converse Get Loud.