Warning: "continue" targeting switch is equivalent to "break". Did you mean to use "continue 2"? in /nfs/c08/h04/mnt/122689/domains/thedailystreet.co.uk/html/wp-content/plugins/wp-author-box-pro/includes/ReduxFramework/ReduxCore/extensions/customizer/extension_customizer.php on line 442
 Music Monday: August Week 3

Another week, another Music Monday. It’s that time of the week when we listen over the sounds we’ve been playing in The Daily Street office. This week features Ghostface Killah, George Benson, Radiohead, Deftones and The Streets.

“This album is crazy. Miles Davis paying homage to Spain in his own way back in 1960 makes for something truly special and I’d advise anyone to sit and listen to the whole album.” – Alex

“I discovered George Benson through his more guitar heavy Jazz records where he didn’t even sing and as much as I still love that side of him, a part of me loves the pop singer alter-ego he developed in the mid ’80s. This tune stinks of shoulder pads, pastel suits, short jogging shorts and big snare drums with the tiniest splash of classic Benson guitar at the end.” – Alex

“Juk Juk sent me this one a while back, but it’s been on rotation again this week. There’s something about that deep muffled bass growl that is pleasantly sinister. It’s melodic but dark, which is how I like a lot of my electronic music. This guy is a talent.” – Alex

04. Baroness – The Line Between (LIve at Maida Vale)

“Recorded last July at the BBC’s Maida Vale Studios, Baroness’ 4 track EP finally saw release this month. Still haven’t caught this band live so this will have to do for now, lucky it’s excellent.” – Suffocake

“One of the greatest of all time, that simple. Back To School has always seemed like the perfect end of Summer anthem to me.” – Suffocake

“Mainly because it’s a dope track and it uses a sample from my favourite film Donnie Brasco.” – Grizzle

“So I made the mistake of getting drunk last weekend and watching Vanilla Sky, which means I’ll be listening to Kid A by Radiohead for about a month or two until my urge to be David Aames pre-crash calms down. I chose this video simply because I was there and it was the best musical moment in my life.” – Thom

“Hey, who knew that George from AlunaGeorge used to be in my favourite English Emo Pop group? Well, he did and I still love their awkward time signatures, fiddly riffs and overly catchy vocals hooks. Whilst I am happy for his amazing success and enjoy his new music, I occasionally think how great it would be if the band reformed for one night… Blues Brothers style.” – Thom

“I’ve had Bleach, Nevermind and In Utero playing a lot this week. Breed demonstrates Nirvana’s more aggressive and uptempo writing, with guitar distortion that rips through the drums and pretty much epitomising grunge.” – Chris

“My exploration in to the world of jazz continues with a recent purchase of Miles Davis’ album E.S.P. This track, Mood, brings the album to a close with a darker feel than it begins with. Really in to this one.” – Chris

“Kuedo’s album Severant always ends up on at some point during the week and my favourite track constantly changes. This week Salt Lake Cuts seems to be hitting the spot.” – Chris

“Here’s another reason why in Bristol the grime scene is so exciting right now.” – Luke

*15. Ghostface Killah – Whip You With A Strap 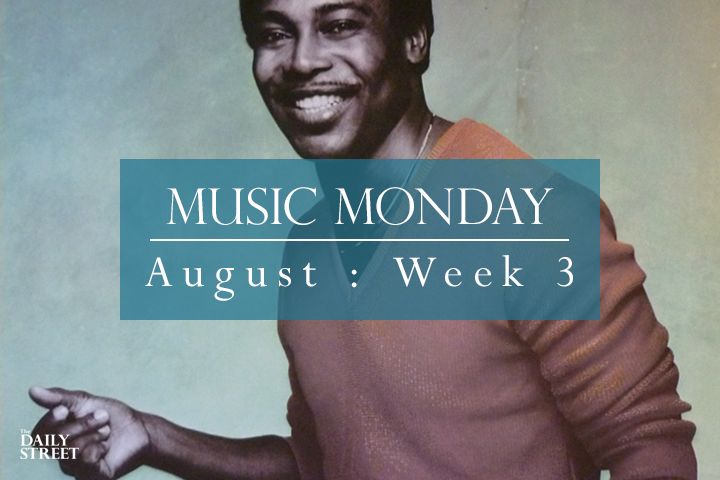