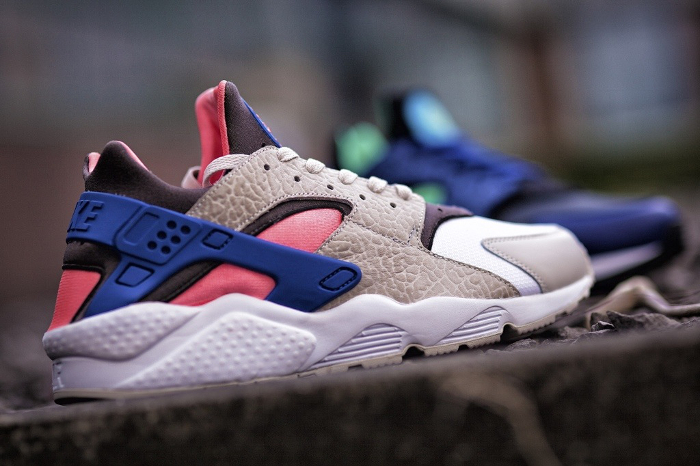 size? continue their recent run of Nike exclusives with two new colourways in the Huarache LE featuring elephant print uppers. Hype around the Huarache is at an all time high, following the reissue of two OG colourways earlier this year, and while these are a move away from the simplicity of the OGs, they are likely to be received just as well.

The first colourway to release will be the above Grey/Royal/Pink version, featuring grey elephant print, pink & dark purple neoprene and a royal blue heel support. This colourway is definitely the highlight of the pair and bears a certain resemblance to the royal blue/pink OG, the grey blending nicely with the white of the toe and midsole. The second colourway in Navy/Royal/Green is the darker of the two and features blue, green and black upper atop a white midsole. Many will be pleased to see that both models feature mesh toe-boxes, and it’s the crisp, white nature of that belonging to the first colourway which helps this one edge ahead.

These are two bold and powerful renditions of the Huarache LE, and though I prefer the more understated make up of other models, the Huarache is by no means a reserved piece of footwear, and it’s nice to see the creativity up a few notches with these. The Grey/Royal/Pink colourway of the Huarache LE releases this Saturday August 10th at size?, while the Navy/Royal/Green colourway will follow a week later on Saturday August 17th, both priced at £95. Check out a detailed look at both models below. 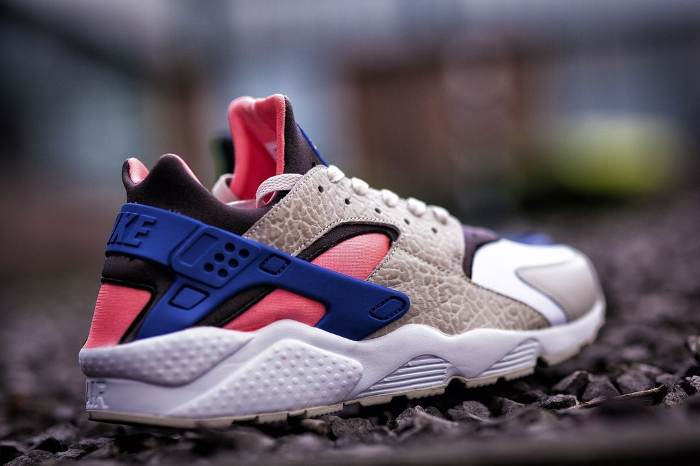 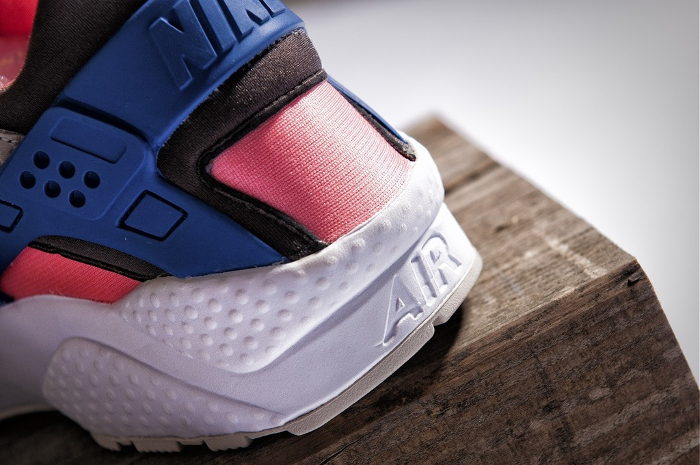 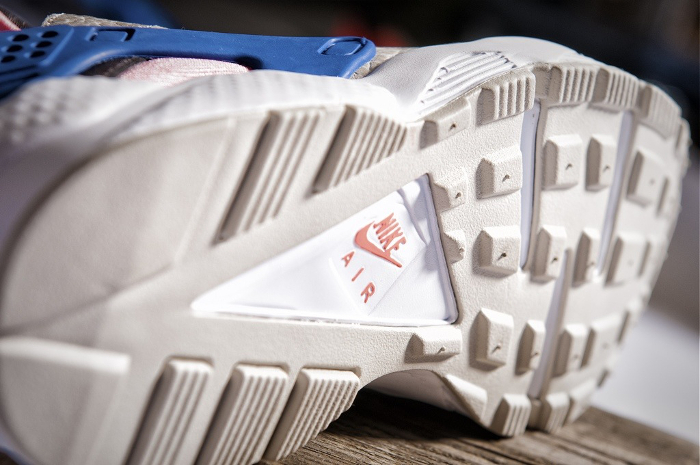 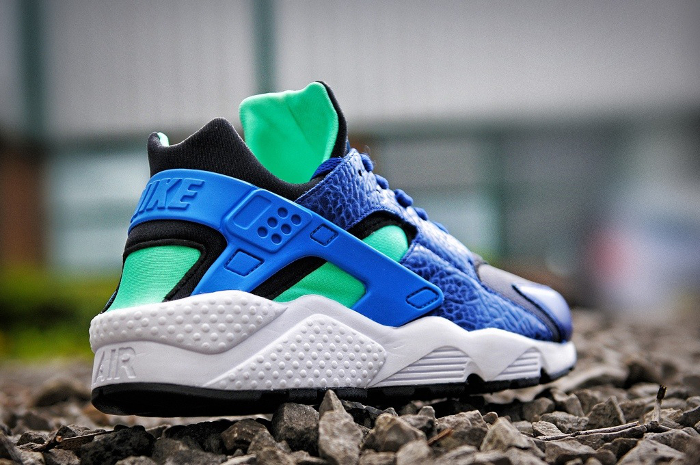 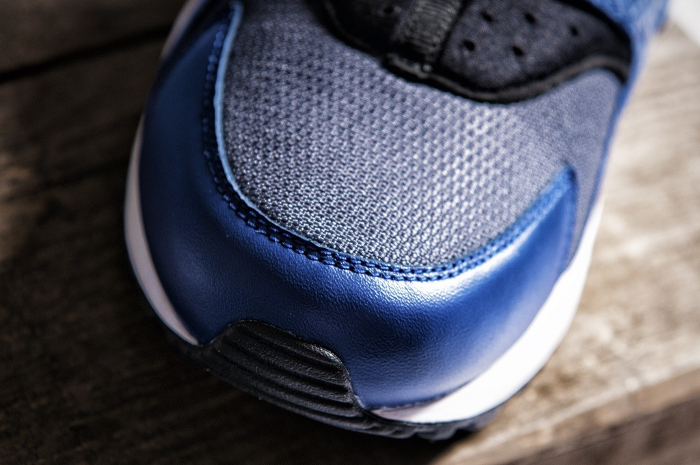 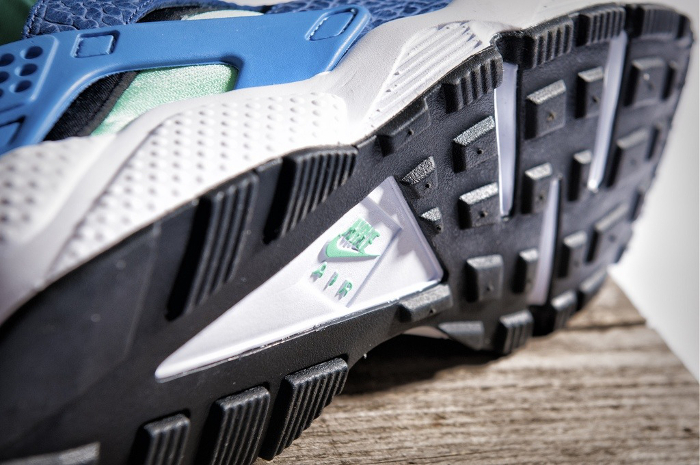