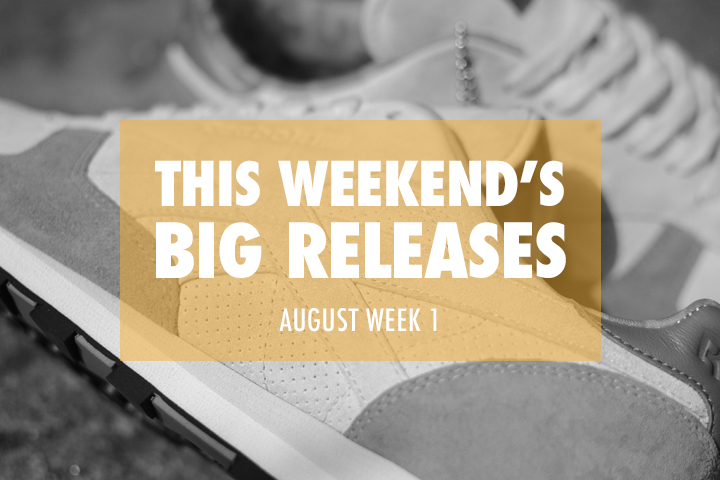 This has to be one of the craziest weekend’s in a long time for sneaker releases, so we’ve broken things down so that you don’t miss out. Check out what’s coming out from Nike, Reebok, Vans and Jordan. 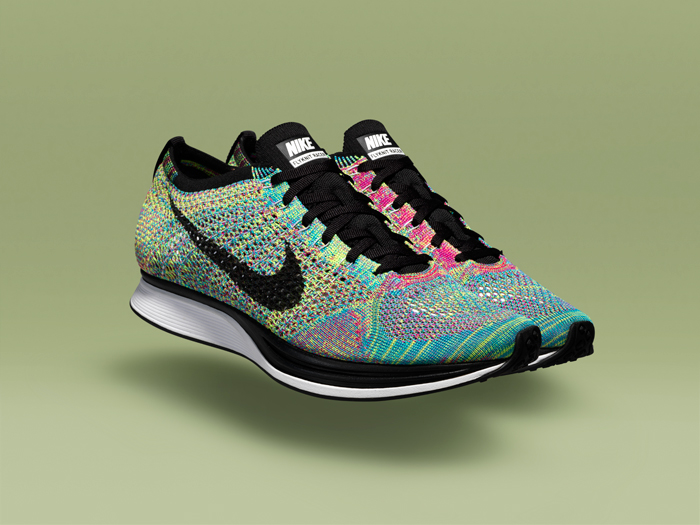 Remember the colourful Flyknit Racer that got a release through 1948 back in April? Well now you’ve got another chance to grab a very similar knit, but it won’t be there for long. They go on sale at size? from 8am today. Read more… 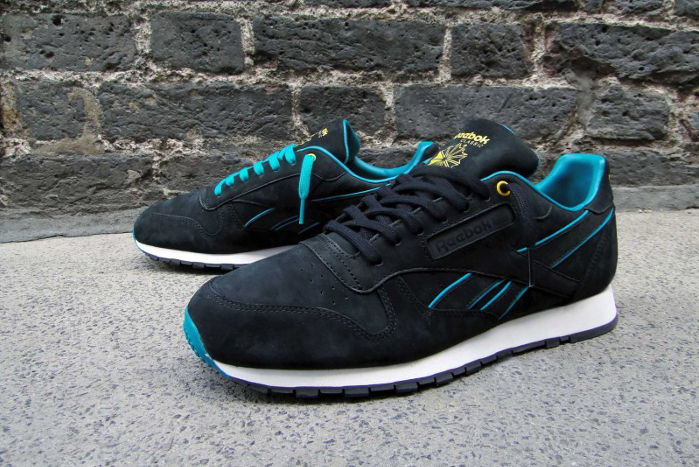 I can’t get enough of Livestock’s take on the Classic Leather – they really did a fine job on this one. Footpatrol have them in limited numbers, doors open at 10am today. Read more… 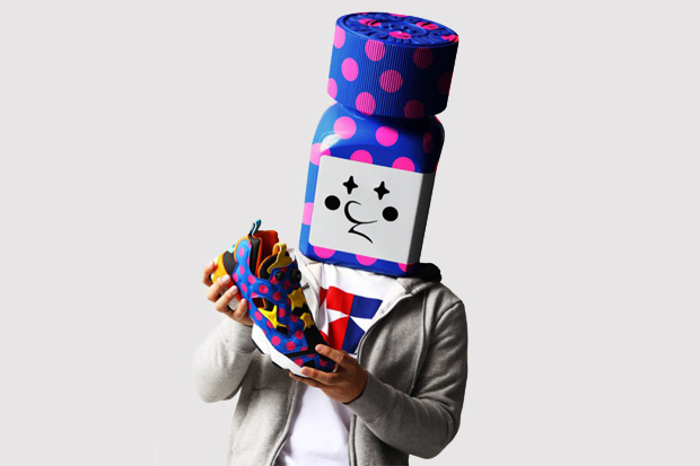 Junya Watanabe makes over the Pump Fury in an eccentric, colourful style based on his Mr. Bottle Head charachter. Pink polka dots on a blue, yellow, orange and teal upper shouldn’t work, but wierdly it does. Grab them from END now. 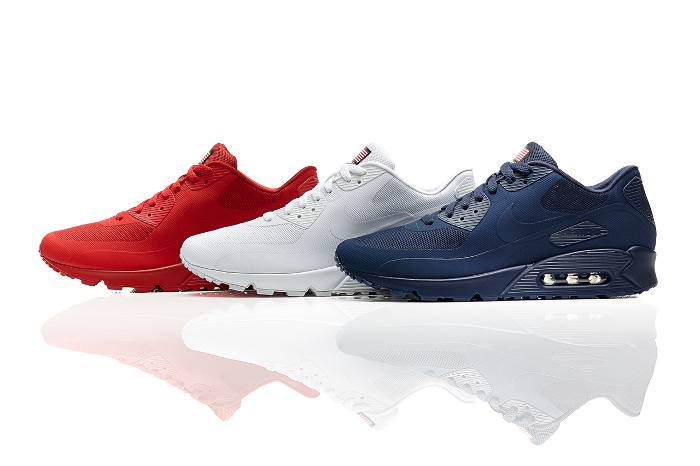 The third and final colour of the USA branded ‘Independence Day’ pack of Hyperfuse Air Max 90s gets released this Friday. The white were the crowd-pleaser, but the blue is a good all-rounder. Grab them in-store and online from size? when the time comes. 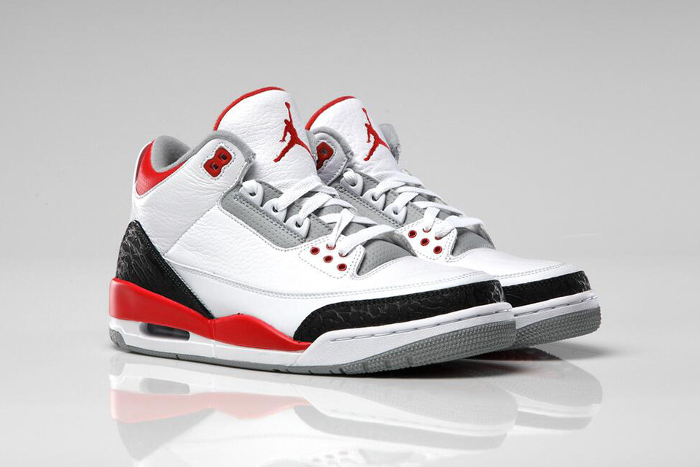 The round of recent OG Jordan III retros is finally complete as the 1988 white/fire red colourway gets another retro. This is an under-appreciated classic and one of the cleanest looking 3s. Grab them from Jordan Brand stockists this Saturday including Crooked Tongues. Read more… 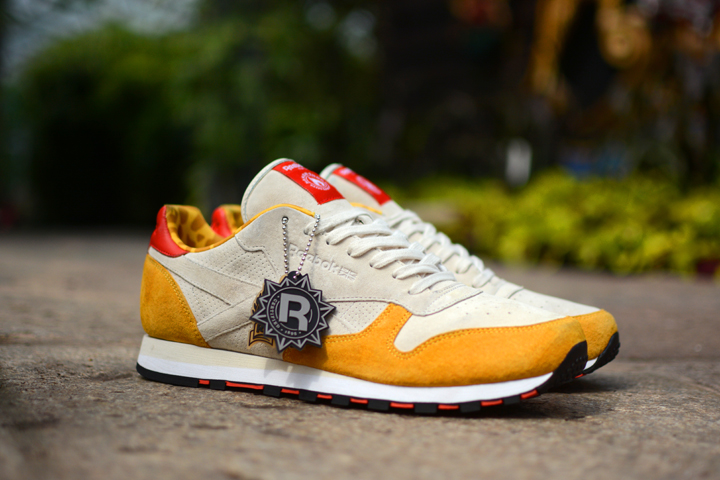 Hanon’s premium suede take on the Classic Leather for the shoe’s 30th anniversary gets a release this Saturday. A 10am in-store release will be followed by a 2pm release online at Hanon for those sizes left over. You’ll want to be click on this one. Read more… 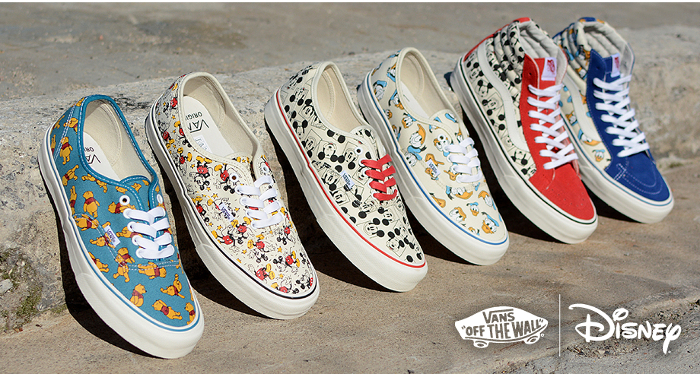 The much discussed, much photographed collaboration from Vans and Disney makes an appearance this weekend. The pack includes both Authentics and Sk8 His featuring Winnie the Pooh, Mickey Mouse and Donald Duck and will be available from Hanon priced at £65 and £75 respectively.