Warning: "continue" targeting switch is equivalent to "break". Did you mean to use "continue 2"? in /nfs/c08/h04/mnt/122689/domains/thedailystreet.co.uk/html/wp-content/plugins/wp-author-box-pro/includes/ReduxFramework/ReduxCore/extensions/customizer/extension_customizer.php on line 442
 Music Monday: September Week 2

Rounding up all of our musical selections over the past week, it’s time for another edition of Music Monday. This week we feature Sepultura, The Hics, Juicy J, The Weeknd and Common. Enjoy.

“Tune from a group gathering some momentum at the moment, lead singers got an amazing voice.” – Ben

“Saw these guys a couple of weeks ago killed it live, set for big things.” – Ben

“Have Heart released this song back in 2006 and unfortunately wasn’t as big as it should be as people seem more obsessed with muscles and make up than ever before. Read a book, people.” – Thom

“Speaking of books, I just bought a graphic novel by writer Joe Hill… Stephen King’s son! Only past chapter 1, I am already hooked and when I’m hooked to a good, intense comic… 24 Postcards by Max Richter is my go to soundtrack.” – Thom

“From the new Kissland album. His new stuff isn’t as good a previous tracks but I still give it a listen.” – Jamie

“Timbos on the beat and kills it, Juicy J is as always trippy and JT does well to not ruin the track, he normally does that at the moment with his features.” – Jamie

“I am not a huge dub step fan but I am a big foreign beggars fan and although I’m not 100% happy with the groups recent musical direction I can’t deny that Orifice and metropolis are two of the UK’s best rappers.” – Jamie

“Sepultura’s Chaos A.D. was released twenty years ago last week. TWENTY YEARS. It’s cliché, but this is an album that sounds as good today as it did in 1993. Opener ‘Refuse/Resit’ is a great example of how to start an album and perfectly captures the sound that Sepultura have been known for ever since.” – Adam

“A track that was obviously interpreted by Biz Markie. My love for this track is probably down to Freddies soulfully strained vocals, so much steez in the way he sings this song.” – Luke

“This classic has everything. Good old Jay Dee on the buttons and samples a classic Bobby Caldwell track. Of course Common is also a great artist and MC in his own right. Like I said, classic.” – Luke

“This is one of my favourite tracks off Channel Orange, not only because it’s one of Frank’s best but it’s one of the best verses Andre has ever laid down in my opinion. Well worth listening to for that alone.” – Alex

“A large chunk of me still hopes that one day Pearson Sound will invest his time back into his prior Ramadanman moniker and have a little come back. The stuff he did under that name had a big impact on me musically and this remix brings back a lot of good memories. The way he develops tracks is second to none.” – Alex

“Been really feeling this tune lately. Something a little darker than the norm, but still plenty uplifting for me.” – Alex 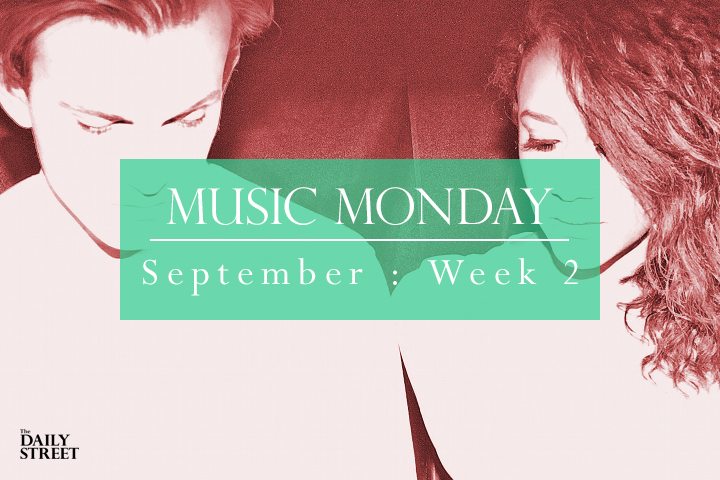