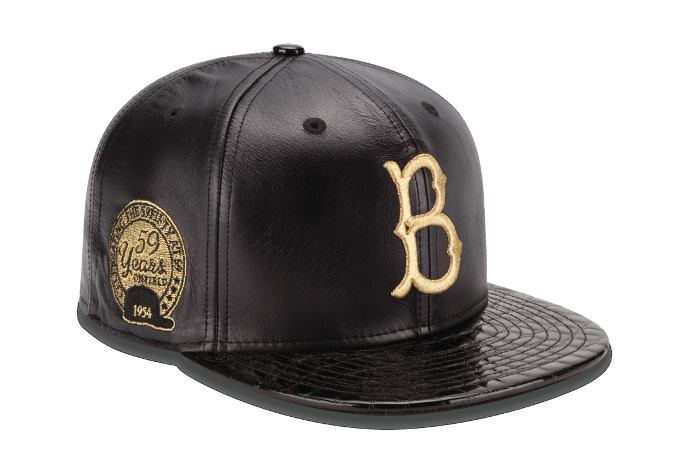 New Era mark the 59th anniversary of their classic 59FIFTY shape with a special in-store event and the release of a commemorative collection of headwear.

New Era began as a gentleman’s headwear retailer in New York in the 1920s, but it wasn’t until 1986 that the 59FIFTY style that the brand is most-known for today was produced. Allowing fans the chance to wear the same ‘on-field’ cap as their favourite baseball pros, the 59FIFTY created a huge boom for the brand.

Marking this very special anniversary, the commemorative collection is made-up of various black and gold interpretations of the 59FIFTY style utilising cashmere, fauz crocodile skin and gold lamé, all with raised gold embroidery on the front and special side embroidered branding unique to the range. Team styles feature include the Brooklyn Dodgers, Los Angeles Dodgers, New York Yankees and Detroit Tigers, images of which follow below.

The collection goes on sale this Saturday September 7th at New Era Flagship stores and select retailers internationally. To mark the release, New Era will hold a special event at their Soho store complete with DJ sets from The Last Skeptik and Oneman, live art and giveaways throughout the day. Further details can be found on facebook. 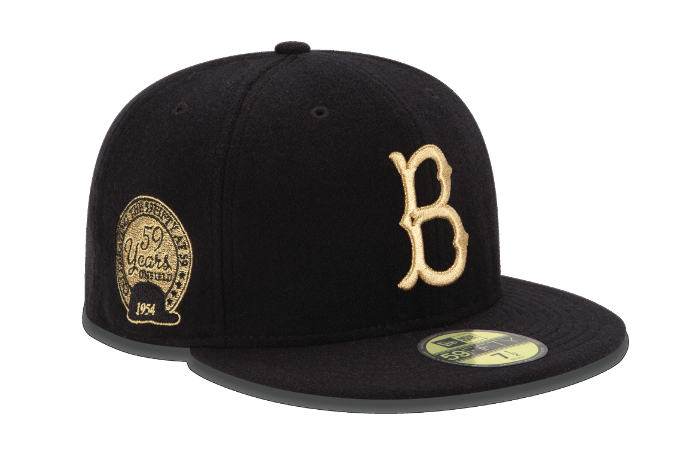 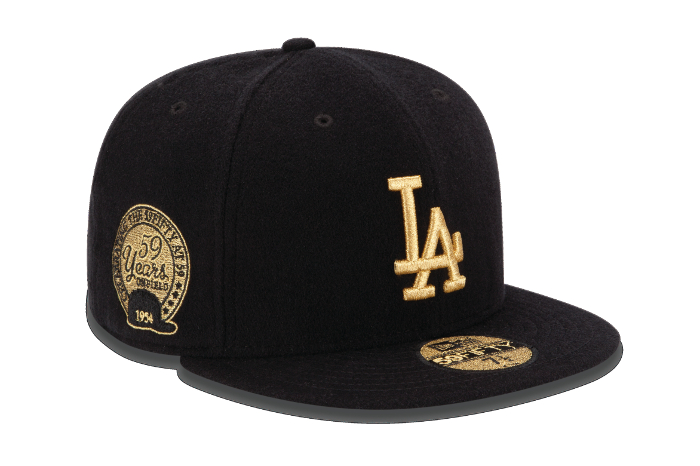 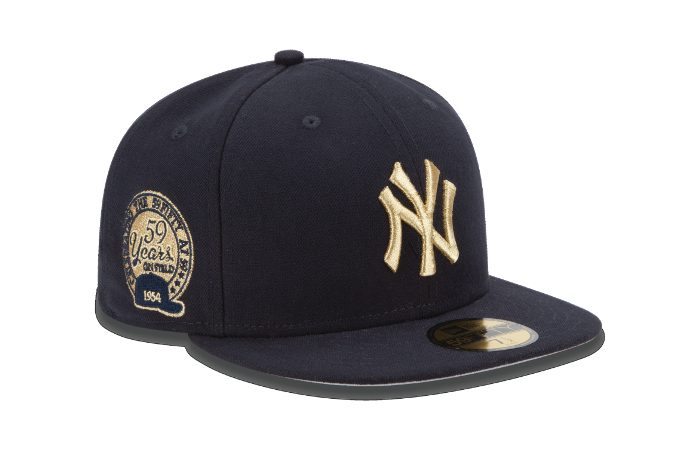 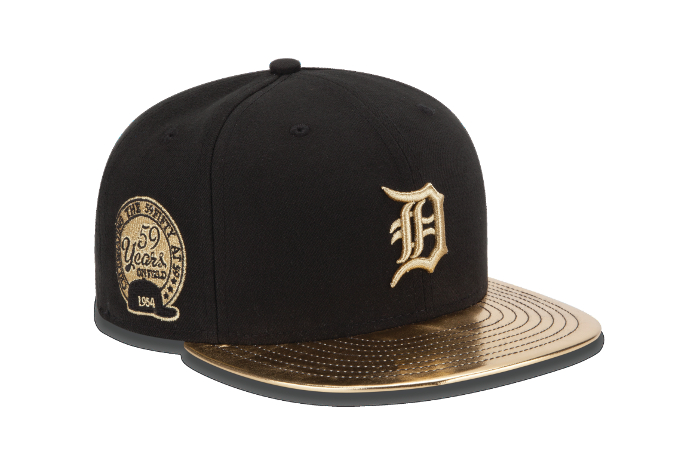